The artists and their entourages are now in Tel Aviv. As the city prepares to receive thousands of guests, rehearsals have begun on the Expo grounds. 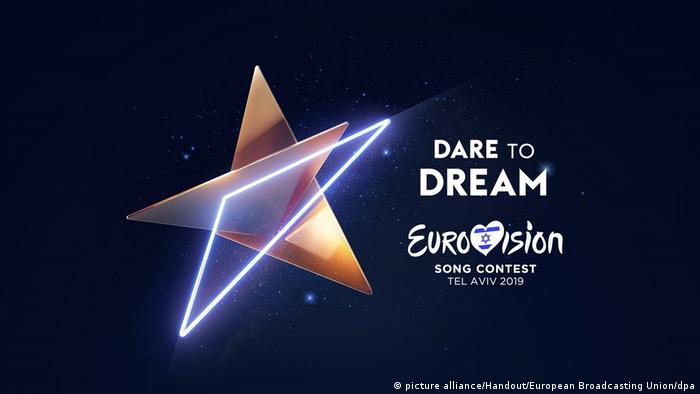 "We'll insure that people have a fabulous time," promised Eytan Schwartz, head of public relations for the city of Tel Aviv. Equipping the city for thousands of visitors was a major logistic challenge. Then there's that other problem: buses don't run on the Sabbath. In their stead, Schwartz organized free shuttles. One sleepless night fewer for the organizers in Tel Aviv, with rockets potentially fired from the Gaza Strip never far from anyone's mind.

But every precaution is being taken to ban any kind of problem here in the coming days. More than just a competition held in Israel, this year the Eurovision Song Contest (ESC) is an opportunity to project a different image of the country: open to the world, queer, happy, colorful and tolerant. A counter-proposal to the world of ultra-Orthodox Jews and their strict mores; a microcosm where controversial settlement policies and conflicts with Palestinians aren't part of the picture. 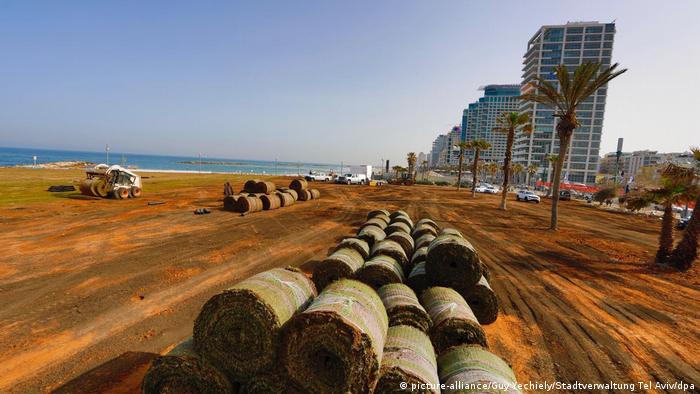 With its reputation as a lively party town, Tel Aviv wants to show that it can organize the colorful ESC fest.

No matter how good the song or talented the singer, the stage show is an essential ingredient. ESC nerds have been familiar with all 41 songs of the participating countries for weeks, but up to the rehearsal phase, the sets were kept strictly secret.

It was clear from the beginning that the scaled-back shows in Lisbon in 2018 and Kyiv in 2017 would belong to the past. German stage designer Florian Wieder was given different instructions in 2019: to devise a stage that is "iconic, unique, innovative and trailblazing." Ten of the 17 countries competing in the first semifinal on Tuesday will go on from there. The same goes for the second semifinal on Thursday, with 18 entering the fray.

At the final on Saturday, May 18, they will be joined by the six regular participants, those countries with the greatest contributions to the budget of the competition's organizer, the European Broadcasting Union: Germany, Great Britain, France, Italy and Spain. They're joined by Israel, the host country, which has entered one of its brightest stars, Kobi Marimi.

By that time, those six will have already been introduced to the audiences in the form of short excerpts from their songs played in between acts at the semifinals. Florian Wieder from Germany designed this year's stage as well

Each show has a side program featuring illustrious guests. ESC aficionados are already looking forward to a re-encounter with Dana International and Verka Serduchka. In an interesting twist, Conchita (from Austria), Mans Zelmerlow (from Sweden) and Eleni Foureira (from Cyprus) will trade their songs. Netta, the champion of last year's competition, will officially open this year's with her song "Toy." A high point on the final day will be a performance by superstar Madonna.

The spectrum of songs is wide, including some that deviate from the norm. As always, in the run-up, all eyes are trained on the bookies' favorites lists. The betting ratios are considered early indicators of the final result. Sometimes the numbers fluctuate, so surprises are entirely possible in the days leading up to finale. The current three top-ranked artists are Duncan Laurence from the Netherlands, Luca Hänni of Switzerland and Mahmood from Italy. 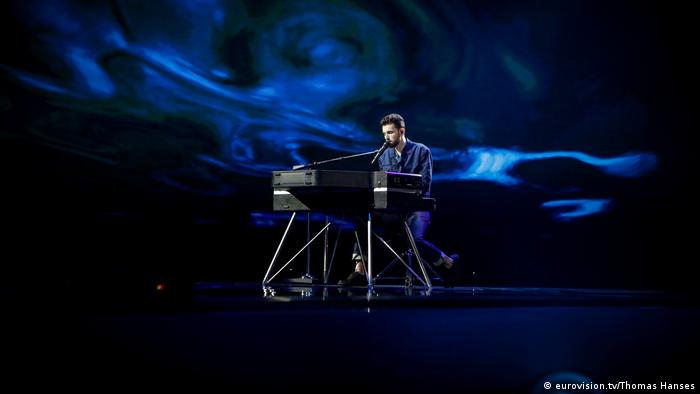 Given an excellent chance of winning: Duncan Laurence from The Netherlands

Carlotta und Laurita, who as S!sters will enter the fray for Germany, have not yet fared well: bet makers have placed them somewhere at the bottom of the heap. But should they perform convincingly, the two young singers could be headed upward over the course of the week — as happened with Michael Schulte in Lisbon in 2018. Initially a long shot, he surged in the final days and landed an impressive fourth place.

S!sters to enter the fray as Germany's Eurovision candidate in Tel Aviv

The double act of Carlotta and Laurita took Germany's top Eurovision honors with their pop song "Sister," coming on out top among the seven acts representing a diversity of styles. (22.02.2019)