The digitized future: How libraries are pioneering a cultural transformation | Culture | Arts, music and lifestyle reporting from Germany | DW | 29.10.2018 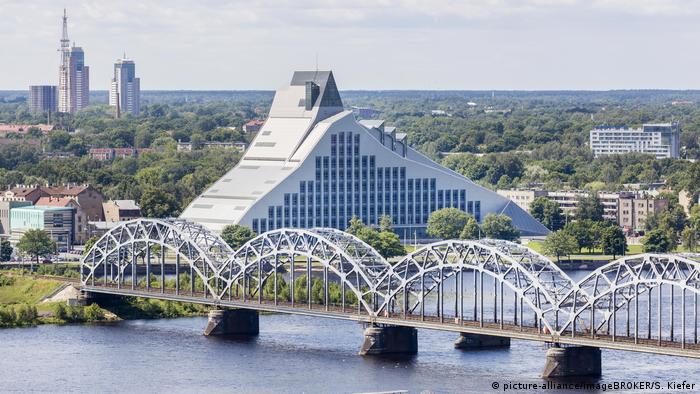 Some 120 million visitors take advantage of the educational and cultural offerings of German libraries each year. That's one reason why, in September, the German Council for Cultural Education published a study on the digitization of library services. One of the results: Digitization has a very positive effect on both the image, and range of services, of libraries.

The national library body has therefore set it sights on a region that is using digitization to revolutionize how libraries of the future can be designed: the Baltic states of Latvia and Lithuania.

Making knowledge available to the public

Have libraries lost their monopoly on information? Can't everything worth knowing be found on the Internet? The Baltic states well demonstrate how libraries and the Internet can form a highly fruitful symbiosis, and how the knowledge that is traditionally gathered in libraries, along with the historical data and memory preserved in archives, can be made better accessible to the public.

Read more: 100 German must-reads: The story behind the project

Sometimes being small has its advantages. Latvia, for example, with just under two million inhabitants, offers perfect conditions in which to easily set up and manage digital infrastructure. So much so that the country is attracting more and more startups due to its advanced digitalization — including Latvia's exemplary digital preservation of its cultural heritage.

Libraries open up a huge network

The National Library of Latvia in Riga, for instance, has been a beacon of modernity from its founding (see image at top). The Gunnar Birkerts-designed structure is considered one of the greatest new library buildings in the world. In planning since 1992 but was not completed until 2014, the majestic building created by the Latvian-American architect provides space for manuscripts, books, newspapers and magazines —  a total of four million objects.

But even more important than this hard copy archive is the library's expansive digital resources. While a national libraries index gives access to 40 library databases, all 801 Latvian public libraries are connected in a huge intranet network. For many people, this infrastructure has become an indispensable part of their everyday lives. And they can use it throughout the country with a single library card! 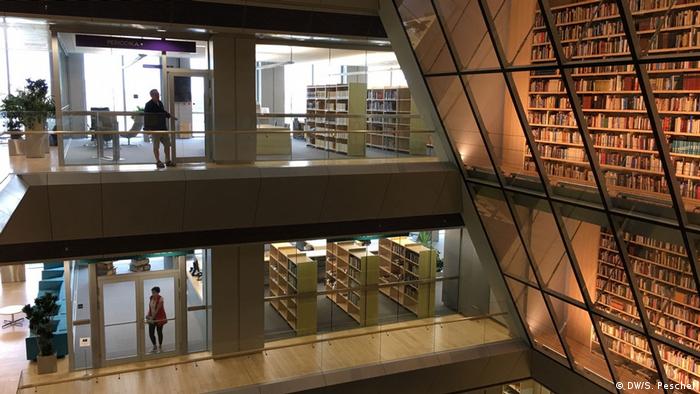 From the library to the museum

Via the 7,150 public terminals in the libraries, searches can be started in the various indexes and databases. For instance, people from remote small towns can ascertain whether it's worth going to a particular museum as nearly 20 percent of the some 6 million objects in Latvia's national museum are listed in the catalogue. Furthermore, users can log on to the library system from their home computers to access copyrighted materials.

The spearhead of Latvia's digital innovation is the Culture Information Systems Center. As part of the Ministry of Culture, it aims to open up the nation's diverse cultural heritage gems to the public. Libraries and archives are thereby merged into a state-run digital archive and information system.

If someone wants to find out where their grandfather was born, for example, they no longer have to blow the dust off ancient books. Instead, they can peer into old church books at home on their computers, digitally consult maps, or view training documents and other materials.

"We want to unify everything," said project manager Janis Ziedins. "We help as much as we can. We give infrastructure to libraries and museums, archives and administration." Much of the necessary funding comes from the European Regional Development Fund (ERDF).

Latvia has one of the fastest internet networks in the world, making it possible for digital film and photographic archive material, or a national archive for personal documents, to be utilized by everyday users. The digitized video and audio archive (DIVA) allows people to watch Latvian movies from their couches via digital library access, or download e-books for a limited time onto their tablets — or even borrow the tablets themselves from the library.

Libraries with a social mission

Lithuania's National Library in Vilnius, which was founded in 1919, has also long been devoted to digitizing its archives. When the classical building was reopened to the public in September 2016 following reconstruction, director Renaldas Gudauskas accelerated its digital transformation.

As part of the virtual European library entitled "Europeana," the national library has made Lithuania's scientific and cultural heritage available to the public. 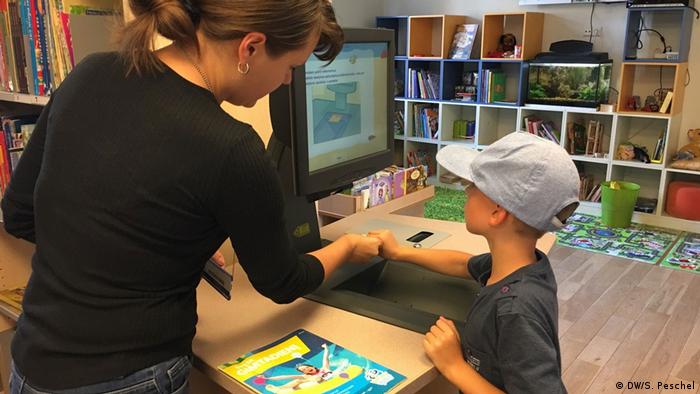 Guided in a playful way: children in Lithuanian libraries

In contrast to Germany, libraries have a major social mission to educate the public. The Vilnius public library has developed a program that tries to strengthen children from socially disadvantaged families. More than simply offering up books or comics, Lithuanian software developers have also designed games that function as communication platforms for children.

Within the platform, a maximum of six children can meet digitally and talk about their problems using an Atavar designed by the children themselves. A trained psychologist accompanies them — virtually, and in real life in the adjoining room of the library. The program has been internationally recognized and copied. 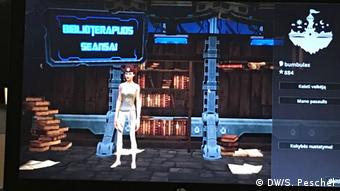 A computer game helps kids and teenagers talk about their problems

Even remote regions in the small country are linked in a digital library network. Plunge, a city of some 20,000 residents, garnered an award in 2016 for its library's "successful tourist project," which includes holograms that people can view from home.

Located in a small "palazzo vecchio" in a beautiful park, the library has marked many of the unusual stones, trees and other plants in the area with QR codes that allow passersby to call up additional information. The target group is clear: young people.

With a view to young people in Germany, the German Cultural Council has recommended advancing collaborative projects between libraries and pre-schools and normal schools. According to statistics from 2015, only one in nine schools in Germany worked in tandem with a library.

If the Baltics are any guide, digitization could significantly help to advance that collaboration.