In the middle of the night on August 13, East German police and army seal off all the borders to West Berlin with barbed wire. Under their watchful eye, construction workers begin to erect a wall over the next weeks. 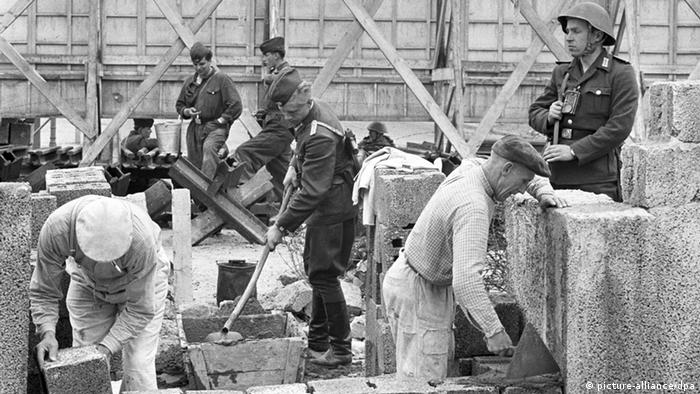 Only two months prior to the start of construction, GDR leadership and Walter Ulbricht, head of the Socialist Unity of Germany Party (SED), declared he had no intention of building a wall. But by that time plans for sealing off the East German sector of Berlin were well under way in an attempt to stem the tide of people leaving East Berlin. The SED leadership referred to the Berlin Wall as an "anti-fascist protective barrier" designed to keep out western spies.

On the 50th anniversary of the building of the Berlin Wall, DW reporter Hardy Graupner spoke with eyewitneses. (12.8.2011)

3D documentation with detailed reconstruction of the inner-German border