The Berlin Film Festival - A banquet for a city of cineastes | Culture | Arts, music and lifestyle reporting from Germany | DW | 10.02.2012

The 62nd Berlin Film Festival got under way this week in the capital's February chill. It gives the students of Berlin's two major film schools a chance to see where their hopes and dreams could take them. 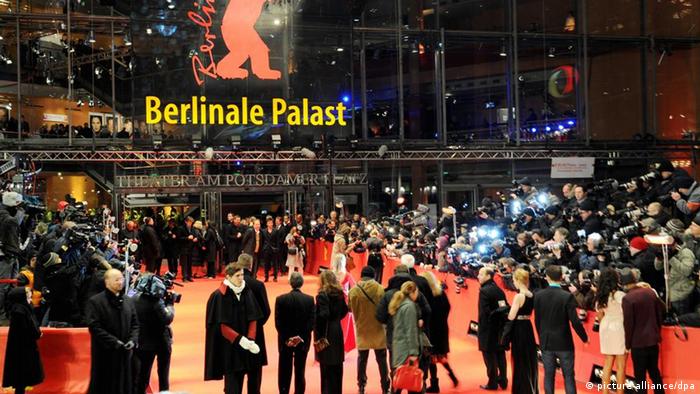 The Berlinale is a breeding ground for film-makers, says Ben Knight

You don't need cable TV, or video games or drugs. There are hundreds of useful, stimulating ways to waste your time away in Berlin. That's th­­­e glory of the place - it's not so much a city as a maze of creative and intellectual blind alleys.

For instance, through a 12-year friendship with a film student named Ingo, I have developed a keen, encyclopedic and entirely useless interest in cinema. This means that, even though none of my ambitions are film-related, I have actually sat through almost the entire oeuvre of Béla Tarr, including his seven-hour masterpiece "Sátántangó." (The main thing I remember is that for about one of those seven hours a peasant girl strangles a cat.)

This is not because I am obsessed with the complex themes of existential pain that pervades the work of the Hungarian auteur, but because Ingo does not drink beer and is not interested in football and in my early, lonely days in Berlin he was my only friend. And of course, seven-hour, black-and-white Hungarian films are the kinds of films you get to see in Berlin. So here I am, an accidental cineaste. 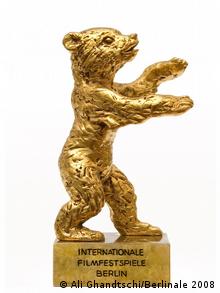 The "Golden Bear" is Berlinale's most coveted prize

Ingo has been a student at one of Berlin's two major film schools for as long as I can remember. For the past five or so years, I have not been entirely sure if he has graduated or not. As far as I can tell, the world of German film students is a twilight zone in which several different film projects are being run simultaneously both in and out of official courses, all on no money.

He is at the German Film and Television Academy Berlin (DFFB), which, for the purposes of the crude over-generalization that goes with all of the city's cultural institutions, we can call the "West Berlin" film school, because it was founded in 1966 in the western half of the city when it was divided.

Its "eastern" rival is the hulking Academy for Film and Television Potsdam (HFF), named after East German cinematic father figure Konrad Wolf. The two schools receive significant state budgets, and are both considered renowned and important and all those wonderful things, but you can't help noticing that the DFFB punches above its weight, since it operates with a fraction of the budget, courses and students that the HFF is blessed with.

There is a whiff of university life around the HFF - its opulent finances and myriad courses allow its students to indulge their theoretical ambitions as well as their creative film-making needs. The DFFB, meanwhile - situated on Potsdamer Platz, where the Berlinale circus sets up camp every year - looks a lot sleeker and less rigid.

I know from Ingo that some of the HFF students complain of a slightly too academic approach. Also, while the HFF finds itself squarely in a German cinematic tradition, there is an internationalist aspect to the DFFB, where students from around the world are often accepted, and indeed guest directors teach courses (including our old friend Béla Tarr).

An array of talent 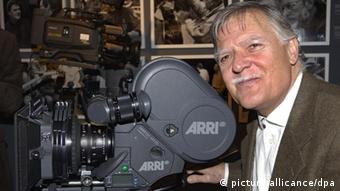 The respective lists of illustrious alumni seem to back up this impression. The HFF boasts the likes of Andreas Dresen, director of "Stopped on Track," a pitilessly naturalistic film about a man dying of brain cancer that won the respected Un Certain Regard award at last year's Cannes film festival. Meanwhile, the DFFB's most famous alumni are Michael Ballhaus, Martin Scorcese's cinematographer of choice, and Wolfgang Petersen - now a Hollywood director of mass-destruction vehicles like "Das Boot" and "Troy."

There is also a DFFB graduate in competition at this year's Berlin film festival, the Berlinale - German film-maker Christian Petzold is bringing his new movie "Barbara" to the event.

So the path has already been trodden for Ingo. He could be the next Wolfgang Petersen. I keep telling him that. But he doesn't seem to be that interested.

It used to be that there was a bar on every corner in Berlin, where workers would order a beer to wind down from the day. But these institutions of yore are close to extinction, as more modern watering holes take over. (03.02.2012)

The more things change, they stay the same