The battle for Trump′s mind on climate | Business | Economy and finance news from a German perspective | DW | 29.05.2017

The battle for Trump's mind on climate

More than a thousand companies and investment firms hope US President Trump will stick to the Paris Climate Agreement. The president is to announce his decision today, and he looks likely to pull out of the accord. 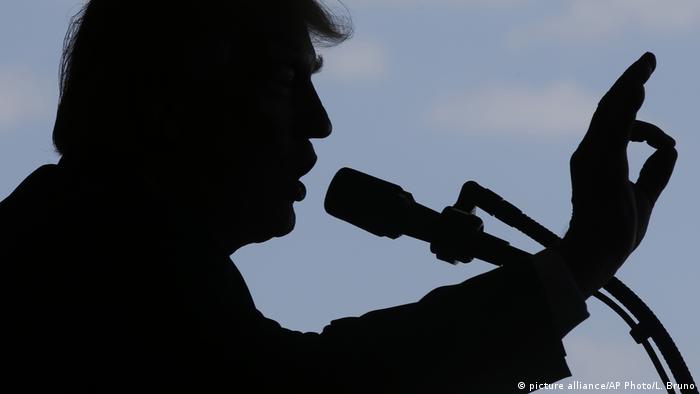 Tesla chief Elon Musk said on Twiiter he would no longer be willing to be an adviser to US President Donald Trump, should the latter pull out of the Paris climate deal.

The list of people trying to convince US President Donald Trump to stick with the Paris Climate Agreement is long, very long. It includes political leaders from the European Union, China, and six of the seven nations in the G7, the world's most exclusive geopolitical club. It also includes the heads of investment firms with trillions of dollars in assets, and more than a thousand companies based in the US, among them coal and oil producers.

So far, their appeals, pleas and open letters have failed to elicit a clear pro-Paris Agreeement statement from Trump, who tweeted Saturday that he would take a decision "next week".

In the meantime, Defence Secretary James Mattis tried to assuage fears the president had already made up his mind. "I'm quite certain the president is wide open on this issue as he takes in the pros and cons of that accord," Mattis said in an interview aired Sunday by US broadcaster CBS.

"I was sitting in on some of the discussions in Brussels, by the way, where climate change came up and the president was open, he was curious about why others were in the position they were in, his counterparts in other nations," Mattis said. 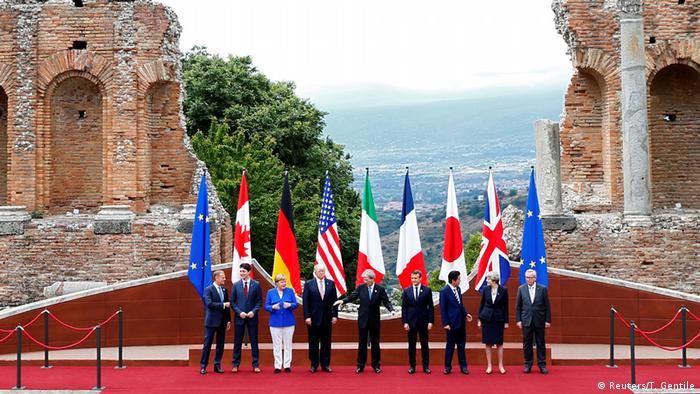 At the G7 summit in Italy, Trump was the odd one out on climate issues.

The heat is on

The comments from Mattis came after Trump was under intense pressure during meetings with world leaders in Brussels and Italy last week.

At the G7-meeting in the Italian town of Taormina, German Chancellor Angela Merkel indicated that Trump's G7 peers lobbied him hard on the issue of climate change. But after the meeting, she called the talks with Trump "very unsatisfying."

The summit communiqué reflected in unprecedented language that the US president was the lone holdout when it came to agreeing on policies to combat climate change.

"The United States of America is in the process of reviewing its policies on climate change and on the Paris Agreement and thus is not in a position to join the consensus on these topics," the statement read.

Prior to the summit, 217 investment firms had signed a letter urging political leaders of the G7 and G20 nations to "stand by their commitments" to the Paris Agreement, "and to put in place policy measures to achieve their nationally-determined contributions" to climate protection "with the utmost urgency."

"As long-term institutional investors, we believe that the mitigation of climate change is essential for the safeguarding of our investment," said the investors, who represent a combined total of $15 trillion in assets - an amount close to the yearly economic output of the US.

Another initative called "Business Backs Low-Carbon USA" has been making similar appeals since November 2016, when Trump was elected president. Since then, around 1000 companies and investors have signed the group's statement.

"We, the undersigned members in the business and investor community of the United States, re-affirm our deep commitment to addressing climate change through the implementation of the historic Paris Climate Agreement," the statement starts, followed by a call to continue climate protection policies, invest in the low carbon economy, and participate in the Paris Agreement.

"Clean energy is not a partisan issue," said Nat Kreamer, CEO of Spruce, a company which provides homeowners with financing for solar systems. "It creates well-paid, local jobs, drives our economy, and supports our national security." 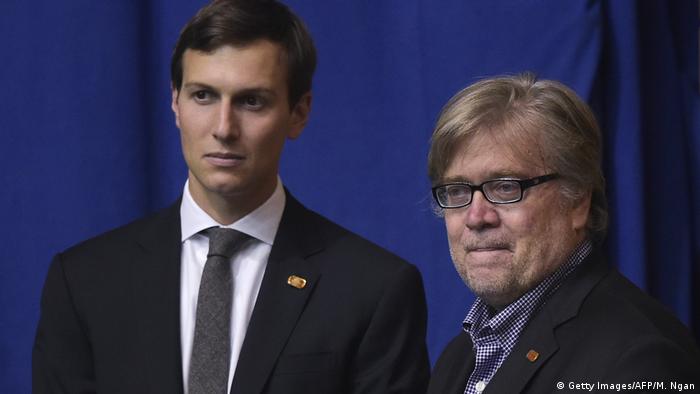 A rift in the administration

Even champions of fossil fuels have urged Trump to stay in the Paris Agreement, including Peabody, the largest private sector coal company in the world, and Exxon Mobil, the largest privately held oil company - and the former employer of US Secretary of State, Rex Tillerson.

These companies are not necessarily in favor of strong measures to protect the climate. Rather, they are worried that the US will have no seat at the table when a global climate regime is hammered out during the follow-up negotiations of the Paris Agreement.

Finally, and not least importantly, Ivanka Trump and her husband, Jared Kushner, who both act as close advisors to the president, have reportedly urged Trump to stay in the climate deal. White House Chief Strategist Steve Bannon, on the other hand, is pushing for an exit, along with Scott Pruitt, the director of the Environmental Protection Agency, who doubts that carbon dioxide emissions are a primary contributor to climate change.

Trump tells advisers US will scrap Paris accord - media

A Washington-based news site reports that US President Trump has told "confidantes" he will quit the landmark climate agreement. The uncertainty over Washington's position riled other leaders at the G7 summit in Italy. (28.05.2017)

Donald Trump promised to swiftly check off the list of his campaign promises once he became president. What looked like a promising start for his administration quickly sunk into the mire of Washington. (26.04.2017)