The attack on Borussia Dortmund's bus: A time line

Dortmund's regional court has sentenced Sergei W. to 14 years in jail for 28 counts of attempted murder in connection with the 2017 attack on BVB's team bus. Here is a look back at the key developments in the case. 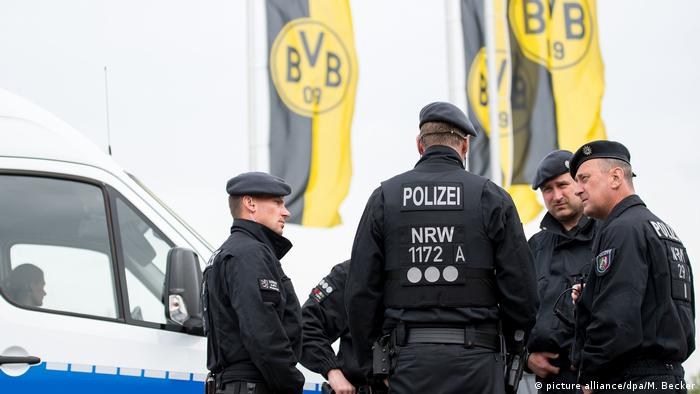 April 11, 2017: The day of the first leg of the Champions League quarterfinal tie between Borussia Dortmund and AS Monaco. Around 7:15 p.m. local time, three explosive devices are set off near the Dortmund team bus as it makes its way from the team hotel to the Signal-Iduna-Park.

Not only do the explosions damage the bus, but BVB defender Marc Bartra is so seriously injured that he is taken to hospital and has to undergo surgery on his right arm and wrist a few hours later. A police officer outside of the bus suffers an acoustic trauma. At 8:30 p.m, 15 minutes before the match is to be kicked off, UEFA, football's European governing body, postpones it until the following day.

April 12, 2017: Monaco beat BVB 3-2. After the defeat, BVB coach Thomas Tuchel criticizes UEFA: "The dates are set and we just have to function," Tuchel complains. "We felt like we were being treated as if a beer can had been thrown at our bus." Some of the players also spoke out. "UEFA needs to understand that we are not animals," central defender Sokratis says."We are people who have families and children at home."

April 13, 2017: UEFA dismisses Tuchel's criticism, saying in a statement that the decision to go ahead with the match a day later was taken "in cooperation and complete agreement with clubs and authorities."

The Federal Prosecutor's Office takes over the investigation. Two suspects are taken into custody but are later released.

April 15, 2017: Marc Bartra leaves hospital, a day after he described the attack in an Instagram post as "the hardest 15 minutes of my life." 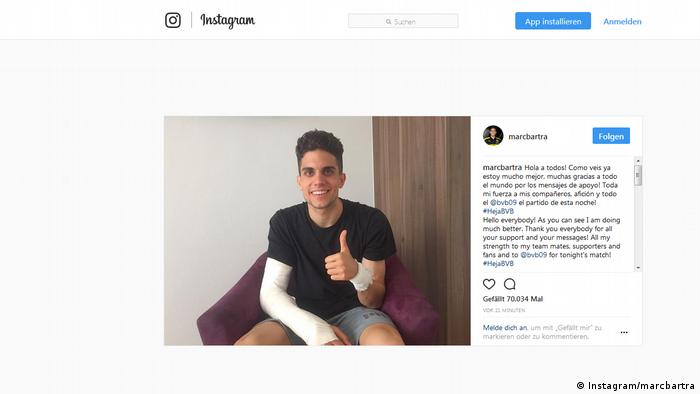 April 19, 2017: BVB lose the second leg of the quarterfinal in Monaco 1-3 and are eliminated from the tournament.

April 21, 2017: Another suspect, Sergei W. is taken into custody near the southwestern German city of Tübingen. The Federal Prosecutor's Office issues a warrant for the 28-year-old's arrest. The electrical engineer, who holds both German and Russian citizenship, is reported to have speculated on the stock market, betting on the price of shares in Borussia Dortmund taking a major hit. He denies this.

May 6, 2017: BVB CEO Hans-Joachim Watzke speaks in an interview of a "clear disagreement" with coach Tuchel on how the attack on the team bus was handled by the club. Tuchel declines to comment on the matter, saying: "I refuse to even think about the matter at this time."

May 29, 2017: Just hours after Borussia Dortmund win the German Cup, the club announces that it has parted company with coach Tuchel, but declines to go into detail about the reasons for the decision. However, BVB stresses that the decision has nothing to do with any "difference of opinion between two individuals."

January 8, 2018: The defendant enters a confession, but denies having intended to kill anyone. He says he had designed the explosive devices in such a way that "no personal injury" was to be expected.

March 19, 2018: Former Dortmund coach Tuchel testifies in the case. Asked whether he would still be BVB coach had the attack never occurred, Tuchel replies: "I would assume so."

November 19, 2018: The prosecution calls on the court to hand Sergei W. a life sentence.

November 22, 2018: Sergei W.'s legal team argue that he should be given a prison term of less than 10 years. They argue that he was guilty only of causing an explosion, but not – as the prosecution had argued – of attempted murder.