Thailand′s Muslim rebellion has army living in ′constant fear′ | Asia | An in-depth look at news from across the continent | DW | 06.11.2018 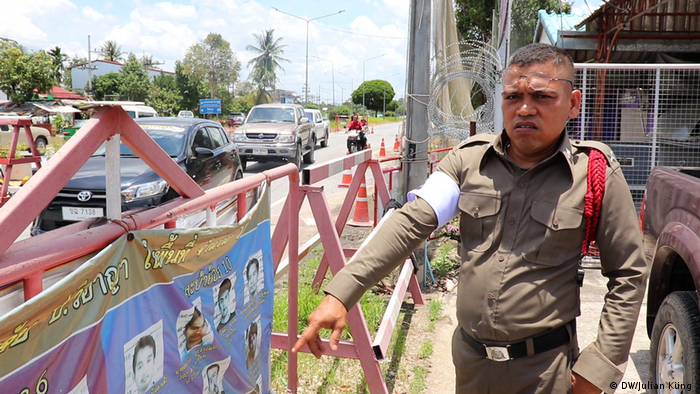 At a border checkpoint crossing into southern Thailand's conflict zone, a police officer rushed quickly from his wooden guard post toward a reporter who had been snapping a few pictures.

After the guard realized that the journalists were working on a report covering unrest in the region, he calmed down, adjusted his brown uniform, straightened his glasses and vented his frustration.

"It's hard for me to find words that describe the permanent atrocities committed the rebels commit," he said, while pointing to pictures of wanted separatists that hang at every checkpoint.

"For a short while after the death of the king [in October 2016] things quieted down," he said. "But now the entire tragedy is starting all over again."

For the past few months, isolated explosions and shootouts have been occurring almost daily. Soldiers and security personnel are the primary targets of separatist rebels.

The NGO Deep South Watch, which observes the unrest in southern Thailand, has measured an increase in victims over recent months. 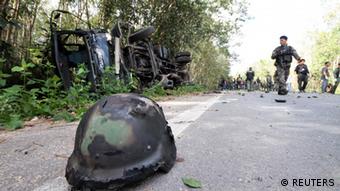 Pattani, Yala and Narathiwat are three provinces in what locals refer to as Thailand's "deep south" on the border with Malaysia. The region is home to a Muslim, Malay majority in predominantly Buddhist Thailand.

For nearly two decades, separatists have been demanding that Bangkok grant them local autonomy, and the Thai military has come down hard to eradicate separatist terror cells.

In 2004, attacks began to occur regularly, and since then, conflict between separatists and the Thai government has claimed over 7,000 victims, with nearly double that number injured. Even though violence in the region has declined over recent years, a solution to end the conflict is not in sight.

Don Pathan is an adviser for international organizations in Thailand who works with security and development issues. He has been watching the waves of conflict in southern Thailand for many years. He considers the latest upswing in violence to be a bloody backlash by the rebellion.

"The Thai military claimed that the decreased attacks during the mourning period of King Bhumipol was a victory for them," Pathan told DW, adding that the Muslim separatists answered this provocation with a series of attacks. 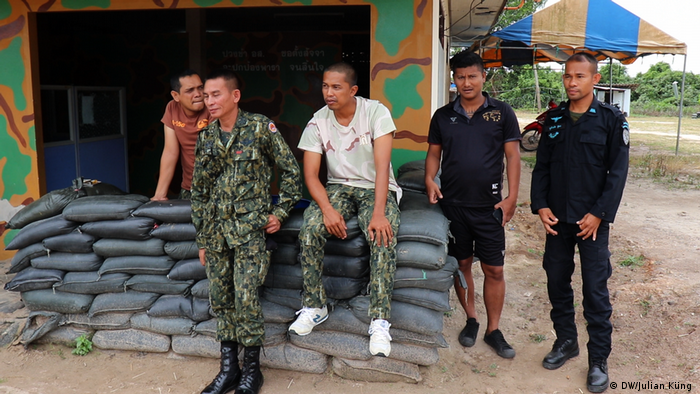 Soldiers at a outpost between Pattani and Yala

Thailand's deep south consists of lowlands that are dotted with military bases. Heavily armed military vehicles creep along the roadsides manned by masked soldiers from the Royal Thai Army.

Hardly a kilometer goes by without a control checkpoint. Muslim civilians are under constant observation by the Thai military. A military officer showed DW's reporters his outpost, located not far from the provincial capital, Pattani. Birds chirped in ornately decorated cages hanging above the protective sandbag barricade.

"We live here in constant fear," the officer said. "The worst is not knowing when and where the rebels will attack next. Unlike us, the insurgents don't wear any identifiable symbols and it is very difficult to filter them out of the civilian population."

For years, the Thai army has been following a strategy of "de-escalation through strength." Former general Piyawat Nakwanich, who commanded armies in the south until he was ousted, tried to suppress unrest with a massive military presence. Shortly before he stepped down in August, Piyawat sent 1,000 soldiers to problem areas in Nong Chik district in Pattani province.

During their deployment, two soldiers were killed by gunmen and four were injured. According to critics, this show of military power only served to widen the divide between the state and Muslims.

"The ousted general and his heavy-handed strategy only left a pile of ruins that his successor will have to clean up," said Pathan. 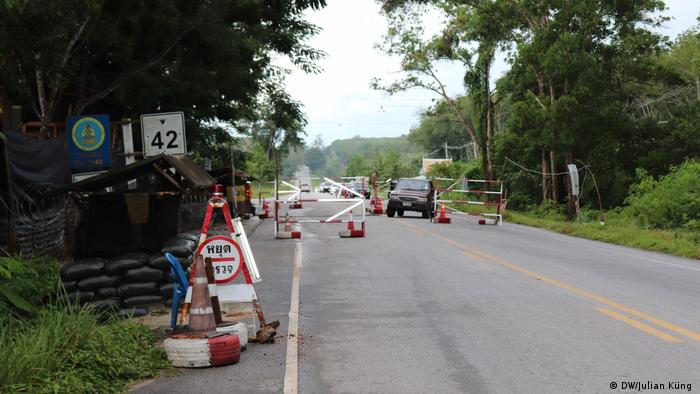 In October, General Pornsak Poonsawas took over command of Thai military operations in the south and has started a charm offensive. In one of his first actions as commander, he presented a fruit basket, a symbol of building a new and healthy relationship, to Muslim religious leader Aziz Phitakkumpon.

Poonsawas also said that drugs rather than religion are the main contributor to tensions in southern Thailand. He told local reporters that drugs were being sold on the street, with the help of government officials. The general didn't offer any evidence for his claims.

Pathan said that this "new strategy" is little more than window dressing by the military.

"Drugs are a national problem in Thailand and this is in no way limited to the south," said Pathan. "But it is still a good chess move from him. By calling out problems that affect everyone, Poonsawas is trying to win over the Muslim population." 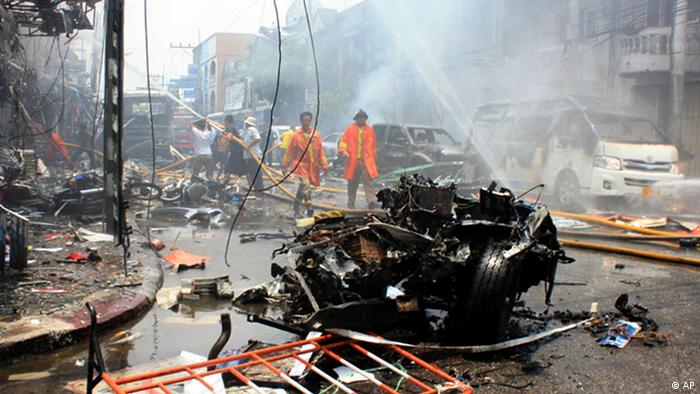 However, a former hardline army commander, Udomchai Thammasarorat, was named as the chief negotiator for peace talks between the Thai government and Muslim rebels, with Malaysia playing a role as mediator. Up to now, these negotiations have not seen results.

Udomchai has a reputation as an unscrupulous hunter of rebels. He was the regional chief of an army base that made international headlines for its deadly torture tactics. Despite evidence presented by local activists, he continues to deny the charges.

As a long-time observer of the conflict, Don Pathan is pessimistic about the future. "The new leadership strategy in the deep south does nothing to promote peace, but rather serves to secure power for the ruling junta in Bangkok."