Early Mortality Syndrome has caused Thai shrimp production to fall by about 40 percent. It's also hit China and Vietnam. Scientists have found the bacteria, but they don't know how to stop it. 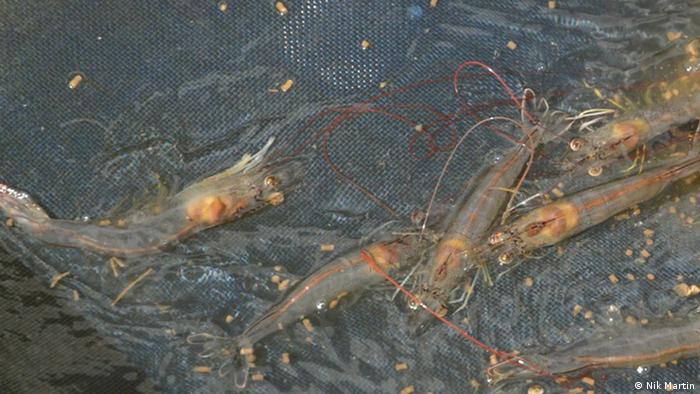 When US researcher Donald Lightner discovered what was causing Early Mortality Syndrome (EMS) earlier this year, there was a huge sigh of relief at many of Asia's biggest prawn farms. First discovered in China in 2009, within two years EMS had spread to Vietnam and Thailand, the world's biggest exporter of shrimp.

Many farmers saw much of their harvest wiped out and became increasingly unwilling to repopulate their ponds.

Lightner identified the pathogen responsible, a unique strain of the Vibrio parahaemolyticus bacterium.

His team at the University of Arizona is one of several groups now working to find where the bacterium is hiding.

In Thailand, the National Centre for Genetic Engineering and Biotechnology (BIOTEC) is also working to eradicate the disease.

"That bacteria lives everywhere in the tropical marine environment," says BIOTEC's Professor Tim Flegal."The ones that are causing this problem don't do anything to humans, they just get the shrimp."

Udorn Songserm, who owns 50 ponds in Thailand's eastern Rayong province, lost about 50 percent of his harvest when EMS struck. 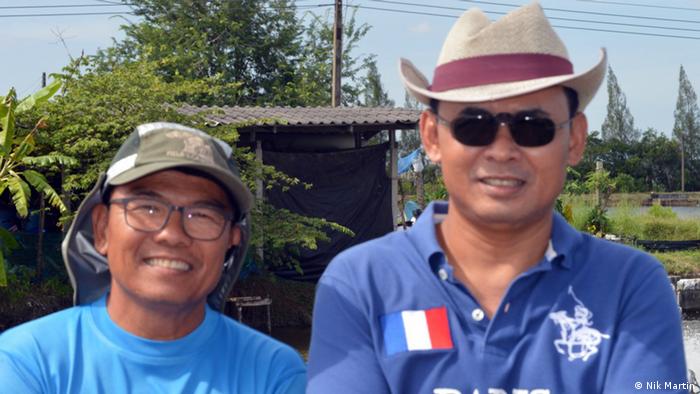 He immediately began working with authorities to reduce the incidence of the disease at his farm.

"Fortunately, since we've been able to put in more effective control measures, we have reduced the loss to about 10 to 20 percent," Songserm says.

First, Songserm cleaned the ponds and water that the shrimp live in. The hatcheries that supplied new baby shrimp assured him these stocks were not affected by EMS.

But despite the additional hygiene methods, sometimes the disease would re-emerge and because of a lack of rapid diagnostic tests, he can't detect the pathogen.

"We still have no way of identifying it, except by culturing the bacteria and then exposing it to the shrimp to see if it causes that pathology. Some of the isolates do and some don't and the question is why?" Professor Flegal says.

He has his own theory about where in the chain, the bacterium is coming from. 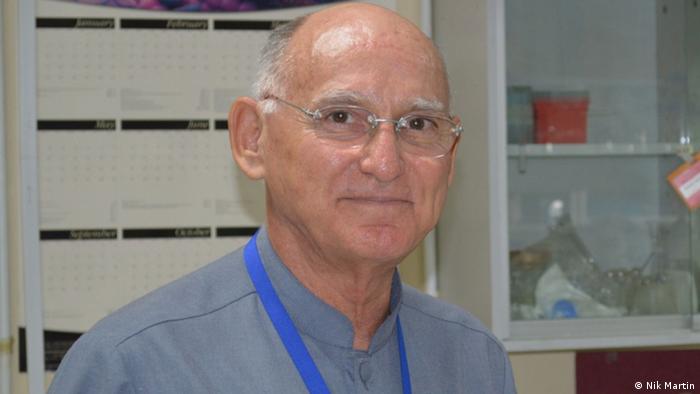 Professor Flegal wants to sequence the genome of the bacteria

The jury is still out.

But Flegal thinks the seaworms carry the bacteria in their gut and when the shrimp eat them, they get infected.

Some other scientists fear the bacteria may have got into the ocean current.

EMS outbreaks typically occur within a month of a new shrimp pond being inhabited. The infected shrimp are too small to enter the human food chain. Even so, some countries have restricted the imports of frozen shrimp from affected regions.

There are indications that EMS has also been found in Malaysia and India.

Flegal suspects Professor Lightner, who discovered EMS in China, may have already found the answer. But Flegal thinks Lightner may be delaying revealing his full findings because his university, the University of Arizona, may want to profit from the findings. 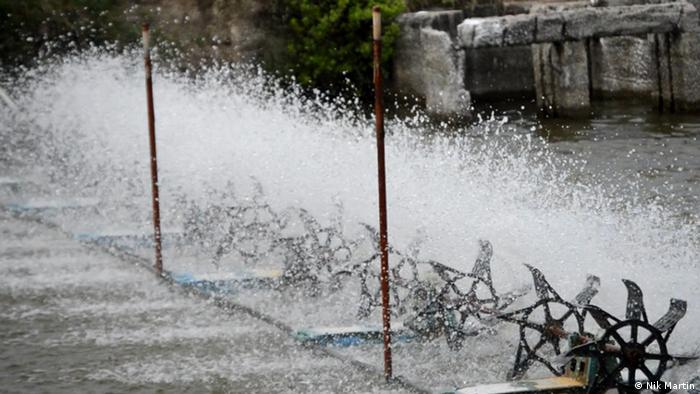 "We are also working with people in Japan and Taiwan. We hope if we can sequence the whole bacteria genome, then we can find something unique about this bacteria that can be used as a marker. But I think [Lightner] will get there first."

If researchers in Asia find it, they say they will just announce it without worrying about patents.

While nursing heavy losses, most of Thailand's largest shrimp producers think the worst effects of EMS have passed.

Some scientists fear that intensive farming methods may be responsible for causing more disease in shrimp. But farmer Songserm says the disease has helped the whole industry take better precautions.

"The future is looking much better. Now this farm has no - or virtually no disease. Our standards are much higher and there are much more effective checks in place," says Songserm.

Despite calls for the industry to consider sustainable alternatives, Thai farmers can't wait for the diagnostic tests to be confirmed, so they can ramp up production once again.

DW was unable to contact Donald Lightner for comment before publication of this article. He presented findings on EMS during a live webinar earlier this month.

Young farmers in eastern Germany are scrambling to find land as the demand for regional and organic products grows. But they can't seem to gain ground as they compete with large multinationals for farmland. (17.12.2013)

In Peru, organic cocoa instead of cocaine

Where the coca plant and drug mafia once ruled, one region in Peru has introduced sustainable cocoa farming. Former drug farmers have become experts on organic production and fair trade. (17.12.2013)