Southeast Asian leaders have expressed concerns over mounting tension in several countries in the region, singling out Thailand and China in particular. For the first time, Myanmar is hosting the summit. 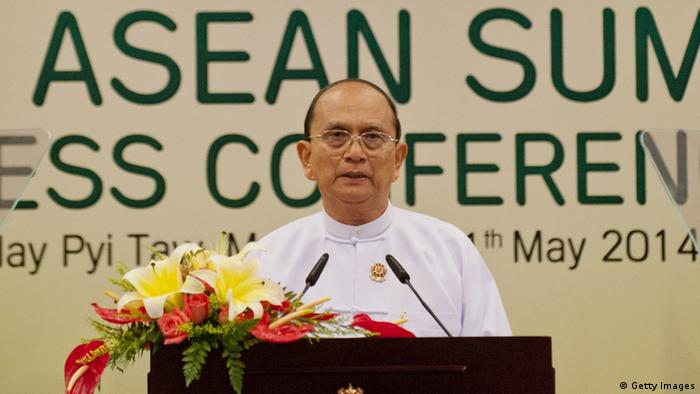 On Sunday, leaders from the ten-member Association of Southeast Asian Nations (ASEAN) voiced concerns over political disputes currently involving multiple nations: worsening political upheaval in Thailand following the ouster of the prime minister and ongoing maritime disputes between China and several of its neighbors.

The foreign ministers, who were gathered in the Myanmar capital of Naypyidaw, called on the Thai government to calm tensions between the government's opponents and supporters.

"[ASEAN member states] emphasize their full support for a peaceful resolution to the ongoing challenge in the country through dialogue and in full respect of democratic principles and rule of law," the Association said in a joint statement on Sunday.

Last week, Thai Prime Minister Yingluck Shinawatra was found guilty of nepotism by the Thai Constitutional Court, prompting her removal from office. A group of lawmakers then moved forward with plans to seek her impeachment by filing a case with the Senate relating to a contentious rice subsidy scheme.

The political development sparked renewed mass protests in the capital city between pro- and anti-government demonstrators over the weekend, raising fears of renewed violence. Opponents of Yingluck want the Senate to appoint a prime minister, a suggestion which the leader of the pro-government "Red Shirts" said "could lead to a civil war."

ASEAN urged the government in Bangkok to promote "national reconciliation and the return of normalcy…in accordance with the will and interests of the people."

Thailand, which was not in attendance on Sunday, expressed its appreciation for the suggestion while refraining from commenting further on the situation, according to a statement from caretaker Deputy Prime Minsiter Pongthep Thepkanjana.

Myanmar's president, Thein Sein (pictured), did not mention the maritime rows between China and its neighbors explicitly in his opening address on Saturday. However, the subject topped the agenda at the outset of the summit, where the foreign ministers expressed "serious concerns over the ongoing developments."

Tensions rose this week after China moved a deep-water oil rig into territory near the Paracel Islands also claimed by Vietnam. Ships from both countries have since been involved in several collisions, with the two communist countries trading accusations of responsibility for aggravating the situation. The spat has led to anti-China demonstrations in several Vietnamese cities.

China seized the islands - known as Hoang Sa in Vietnam and Xisha in China - in 1974 and has controlled them ever since. However, Hanoi contends the islands fall under Vietnam's exclusive economic zone as defined by the 1982 UN Convention on the Law of the Sea.

Vietnam's foreign ministry has expressed outrage at China's plans to commence drilling for oil in the disputed waters, calling the operation "illegal and invalid."

China's Maritime Safety Administration warned prior to the confrontations that all ships would be prohibited from entering the 3-mile (4.8-kilometer) radius surrounding the drilling area until operations end on August 15.#

Beijing's increased activities in contested waters this year, as well as its increased investment in its military, have worried China's neighbors. It is currently involved in territorial disputes with not only Vietnam, but also Japan, Malaysia and Philippines.