Thai military targeting freedom of expression | Asia | An in-depth look at news from across the continent | DW | 26.05.2014

Thailand's military has intensified its restrictions on the media and freedom of opinion. Many journalists and intellectuals have gone missing ever since the military junta took over the government in last week's coup. 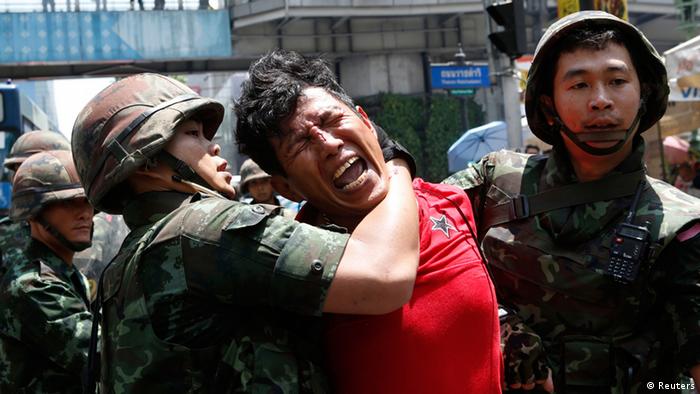 Just an hour after Thai army chief General Prayuth Chan-ocha declared that the military was taking over the reins of power on May 22 - following failed talks among rival political factions - DW spoke with Pravit Rojanaphruk. The Thai journalist and blogger was quick to condemn the coup and predict the arrest of hundreds of activists, journalists and dissidents who dared to criticize the army's actions.

Three days later, Pravit himself went missing after being ordered to report to military headquarters. His last tweet in English read: "On my way to see the new dictator of Thailand. Hopefully the last."

But Pravit's story is no exception. After being summoned by the military, an increasing number of journalists and well-known critics of the military coup are being taken into custody. Although some people have been released, many remain locked away with no news of their whereabouts or conditions. Human Rights Watch (HRW) reports that the military is holding people in unofficial places of detention, such as undisclosed military camps, without access to their families and lawyers. 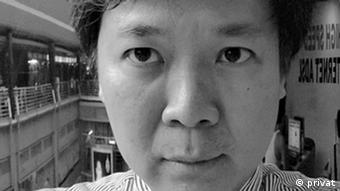 Pravit went missing after being ordered to report to military headquarters

After talking to experts and fellow journalists on the ground, DW has learned there is a growing sense of fear and intimidation in the Thai capital, Bangkok. Many citizens fear for their safety, and are willing to talk to DW only on condition of anonymity.

So far, DW only knows of Thai journalists, politicians and academics being detained. Former Prime Minister Yingluck Shinawatra, for instance, was arrested on May 23, but released three days later just hours after her main political rival over the past couple of months, Suthep Thaugsuban, had also been freed.

But many others remain detained. Among the less prominent detainees we find three different groups. One of them is made up of members of Bangkok's elite who are closely affiliated to Thaksin Shinawatra, Yingluck's brother, who was ousted in a military coup back in 2006. The military wants to smash the network of the billionaire and former prime minister once and for all. His supporters may face house arrest and an official indictment.

Another group is composed of all those accused of violating the country's lesè majesté laws. This applies especially to journalists and intellectuals charged with offending the dignity of Thailand's King. The law, however, is often used as a means to silence or detain unpleasant political rivals. Those affected are set to be court-martialed.

Thai Prime Minister Yingluck Shinawatra and nine of her ministers were found guilty by the country's Constitutional Court of abuse of power. But while the opposition hails the ruling, a political solution seems far away. (07.05.2014)

The third group is based outside Bangkok, mainly in the north of the country. Apparently, key figures of the Thaksin-affiliated "Red Shirts" have already been arrested without charges, according to information posted on Twitter and Facebook. Perhaps the military fears that they might go into hiding or put up an organized resistance.

Legally speaking, this wave of arrests is based on martial law which was declared on May 20. Article 15, for instance, allows the army to detain anyone it suspects of undermining the military's authority for up to seven days. Human Rights Watch fears such regulations may provide effective immunity to the military for any abuses committed.

Martial law also grants military authorities the power to censor or shut down newspapers and broadcasters. Following the coup, Thai TV and radio stations were ordered to stop their regular programs and link their broadcast to the army TV Channel 5 for almost 24 hours. Although these TV stations have resumed regular program, they have to strictly follow the junta's order not to air any information critical of the military intervention, according to HRW.

But while television broadcasts have since been restored, the domestic print and broadcast media appears to be acting cautiously in the wake of these actions, exercising a degree of self-censorship, particularly of editorial content, said a Thailand expert on condition of anonymity.

Although only Thai nationals have so far been arrested, foreign journalists have told DW they have been forced to delete photo and video material. Furthermore, members of non-governmental organizations, foundations and international organizations fear they might lose their residence permit in the country and risk deportation.

The Myanmar junta's National Defence and Security Council gave unanimous approval for the decision, according to state media.