Audio of school administrator calling for books with "opposing" views on the Holocaust in classrooms has gone viral. The instructions to teachers in the top-rated school district are in response to a Texas law. 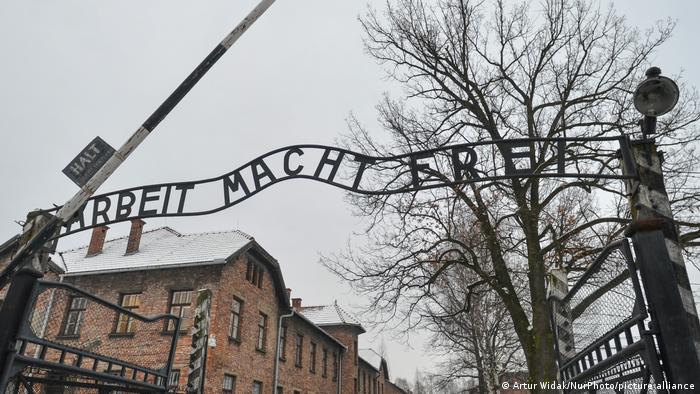 A Texas school administrator came under fire in the US after a viral audio recording revealed she instructed teachers to have books with "opposing" views on the Holocaust available for students in classrooms.

Gina Peddy told teachers during a training session on what books they are permitted in their classroom libraries that if they offered a book on the Holocaust they needed to offer students access to a book with an "opposing" perspective.

What exactly did she say?

"Make sure that if you have a book on the Holocaust that you have one that has an opposing, that has other perspectives," Peddy told teachers in the recording first obtained by NBC News that has now been heard more than four million times on Twitter alone.

Her instructions were in response to a new Texas law that requires teachers to offer divergent perspectives when discussing "widely debated and currently controversial issues."

Peddy is executive director of curriculum and instruction of the Carroll Independent School District in the suburbs of Fort Worth.

Texas House Bill 3979 is itself in response to complaints in some conservative quarters over teachings on diversity and anti-racism, many of which have been mislabeled "critical race theory."

Bryan Hughes, a Republican state senator from East Texas, denied the state law requires teachers to provide alternative views to what he called matters of "good and evil" or remove books on the Holocaust.

On the recording, one teacher asks, "How do you oppose the Holocaust?"

Another teacher wonders aloud if she will have to yank the historical novel "Number the Stars" from her bookshelf.

Lois Lowry, the author of the children's book "Number the Stars" about the rescue of Denmark's Jewish population in 1943, told CNN Friday that when she heard the recording, "At first I chuckled but then I thought about it and it's ignorant and ignorance can easily march into evil."

Afterwards in the hallway following the meeting with Peddy, the educators remained incredulous.

"I am offended as hell by somebody who says I should have an opposing view to the Holocaust in my library," one says.

Another says: "They don't understand what they have done. And they are going to lose incredible teachers, myself potentially being with them."

Clay Robison, a spokesman for the Texas State Teachers Association, the union that represents educators, said that there was nothing new in the state law explicitly dealing with classroom libraries. He said Peddy was providing an "overreaction" and a "misinterpretation" of the law.

"We find it reprehensible for an educator to require a Holocaust denier to get equal treatment with the facts of history. That's absurd. It's worse than absurd. And this law does not require it," Robison told NBC News.

On Twitter, US Senator Chris Murphy, a Democrat from the state of Connecticut, wrote, "the non-existent threat of 'critical race theory' has caused Texas to mandate the teaching of Holocaust denial? This seems to be getting a LITTLE out of hand."

"Opposition to teaching bigotry's history and where it leads—from the slave trade to the Holocaust—is about erasing society's tools to recognize prejudice & prevent atrocity. Holocaust denial has no place in our society. None," she wrote.