As a last round of discussions related to objections by locals to Tesla's factory near Berlin ended Monday, the only thing the US carmaker still needs is a final operating permit from regional authorities. 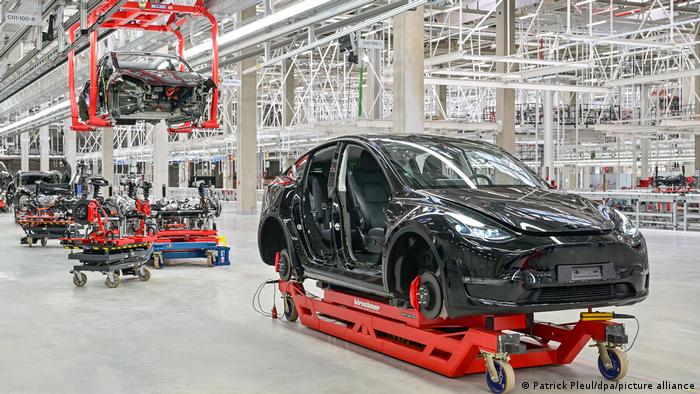 Ever since Tesla CEO Elon Musk announced the building of the carmaker's fourth "gigafactory" near Berlin toward the end of 2019, his plans have been viewed by many as a declaration of war against Germany's top three auto manufacturing groups — Volkswagen, BMW and Daimler with its Mercedes brand.

Apart from planting top-notch electric vehicle know-how in the heart of Europe's carmaking industry, Tesla has also aspired to show the local competition that a huge plant could be built in record time.

Tesla says it's only Germany's red tape that has kept Giga Berlin from opening. The company had to delay the start of its Model Y production there one more time after the state environment office in Brandenburg allowed a redo of an online discussion for locals who object to the huge plant in their neighborhood. 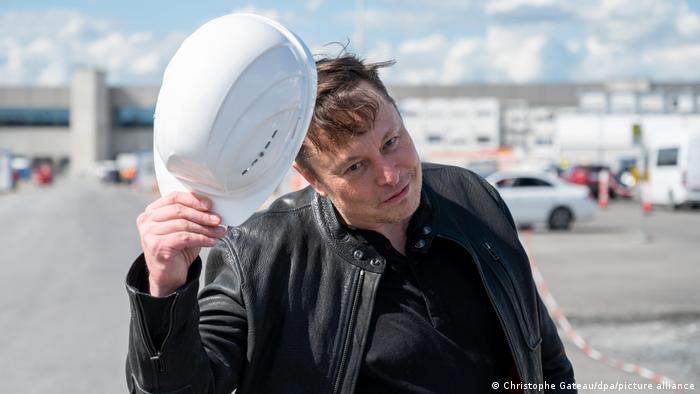 Tesla CEO Elon Musk has visited the Grünheide plant in Berlin frequently — for him, progress in Germany has moved too slowly

Cars and battery cells under one roof

The debate took a more heated tone after Tesla confirmed that beside building its car-producing unit, it would also build a large battery cell production plant on the same premises in Grünheide near Berlin. The final round of discussion ended on Monday, November 22.

Tesla has almost completed its factory on the basis of a string of preliminary authorizations, but it still lacks a final operating permit from regional environmental authorities.

So far, the Brandenburg agencies have not released details on how long it may take to evaluate objections raised by local residents and issue final approval (or rejection, which is largely considered to be highly unlikely). Experts believe, however, that the plant could start operating as soon as December, or early January at the latest.

Since the start of the project, Tesla has been faced with a number of environmental concerns, including the logging of forest areas and species habitat, and perhaps more fundamentally, the tricky question of where to get enough water from in a region that has been plagued by numerous years of dry summers, seeing groundwater levels sink considerably.

At a recent "county fair" that Tesla organized for the circa 9,000 local residents, the carmaker allowed a sneak peek of its production facility. It was also meant to win over skeptics of the project. While visitors reported they were deeply impressed by the top-notch technology on display inside Giga Berlin, environmental concerns persist.

In what is Tesla's first "gigafactory" in Europe, the US firm wants to eventually produce half a million fully electric cars per year, thus topping the combined output of electric vehicles from all German manufacturers. The company has said it will employ up to 12,000 people — but it's not expected that many will be hired from locations near the plant. 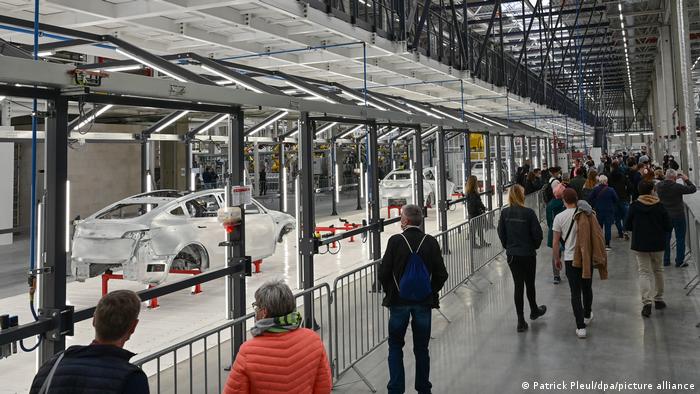 The Teslarati online portal providing information and rumors about the latest developments with the iconic US carmaker has recently suggested that trial production activities are already in full swing at the factory in Grünheide.

On its website, it wrote that "during a recent flyover of the massive Grünheide site, several Tesla Model Y units that seemed to have been produced in the facility were spotted rolling out of Gigafactory Berlin — the all-electric crossovers then proceeded to head over to the site's test track."

The portal did conced that "while the Model Y units seemed to have been produced in the gigafactory Berlin complex, there is also a chance that the vehicles were just used to calibrate the production equipment that has long been set up in the facility."

Be that as it may, Giga Berlin seems only days or weeks from its official inauguration. The company hasn't provided any insight yet into how many of the cars to be produced there will be intended for the German market.