Terror in Baghdad: 'They just want to spread fear'

Many Iraqis are in shock after a massive 'Islamic State' (IS) bomb attack in Baghdad on Sunday. DW journalist Abbas al-Kashali discusses what is driving the spiraling violence and possible approaches to countering it. 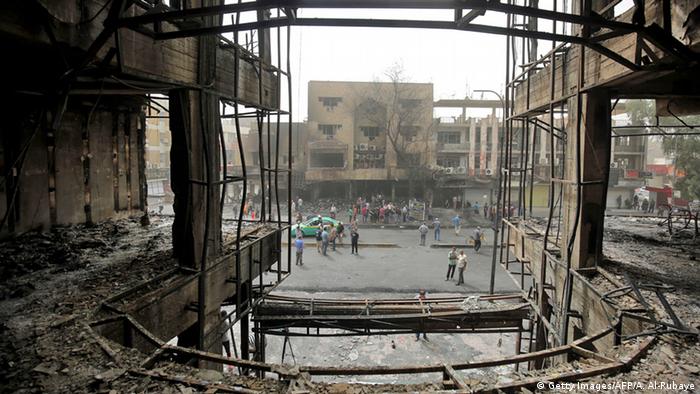 DW: Mr. Kashali, what was your first reaction when you heard about this most recent and devastating attack? And not your reaction as a seasoned journalist, but rather as someone from Iraq.

Abbas al-Kashali: It is always the same reaction - a mix of fury and sadness. And it is always about the fate of my family or the lives of friends. As is always the case when I hear about an attack, the first thing I do is immediately try to contact my family. My brother works very near where the attack took place. Thank god he was out of town until late Sunday. And thankfully no one in my family was harmed.

Recently it seemed as if the situation in Baghdad was slowly becoming more stable compared to all of the violence of the past. Unfortunately, that was a false assumption. It is especially heinous that this kind of attack should take place during Ramadan. So many people, above all young people, had been looking forward to the end of the fasting period. And now they have lost their lives for no reason at all. I am most angry about the utter ineptitude displayed by Iraqi security forces over the last several years.

What else is contributing to the fact that Baghdad cannot find peace?

One has to be careful about over-generalizations, but it must be said that many members of Iraq's political elite are simply incompetent. The outfitting and operation of the security forces are also woefully deficient. And corruption is all-pervasive. 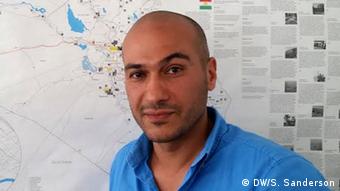 Whenever the political situation in Iraq is unstable, a car bomb or suicide bomber comes along. This "IS" attack was not aimed at the Shiites that they so hate - as was the case with the May bombing of Shiite pilgrims - but rather it was a response to the success of the Iraqi army and "IS" losses in Fallujah.

What does the Iraqi government have to do to change the situation?

The Iraqi government is facing tremendous challenges. It must continue to provide security in the Sunni areas of Ramadi and Mosul, and explain to people there that Shiites do not view them as enemies. We all want to live together in peace, that message has to be delivered much more clearly. There has to be much more employment, and more infrastructure. The government also has to better train security forces. Everything that was done while Nouri al-Maliki was in power between 2006 and 2014, was flawed. So many bad decisions were made. For instance, al-Maliki wanted to isolate and ignore the Sunnis. "IS" was shaped by Sunni Islam and is ultimately a reaction to Maliki's policies.

Another example is an Iraqi army unit consisting of 50,000 soldiers. There were, however, only 10,000 men in the unit, the others existed on paper alone. The soldiers never reported for duty. There is so much corruption at every level of government in Iraq. And it is about more than just the economy, because business cannot function without security. And a number of competing political forces are responsible for establishing security in Iraq.

All of that should have been in place years ago. As an Iraqi, I ask myself: where have these things been all this time? The bomb detectors, for instance, come from a corrupt supplier and simply don't work. Al-Abadi is eager, he studied in England, comes from a good family, his father was a famous surgeon in Baghdad - but he cannot do it all alone. He is in the Islamic Dawa Party, the same party as his predecessor al-Maliki, so his hands are tied.

What would help stop the terror?

Money wouldn't help al-Abadi. It would just disappear due to corruption. It is really about the country's young people. They need much more support. They have to be brought to Germany, or to Europe, to be trained. Then, when they return home to Iraq they will be able to influence or change the situation. "Islamic State's" financial sources must finally be dried up completely as well. And those who support "IS," whether by bearing arms or not, must be much more effectively detected and detained. In order to confront terror one must better understand it.

What is the connection between "IS" terrorism in Baghdad and the "IS" attack in Bangladesh?

Primarily it is about spreading fear. The connection is the message that "we are everywhere, and can attack anywhere."

Will the "IS" stronghold Mosul soon fall?

One cannot compare Mosul to Fallujah or Ramadi. Mosul's residents have simply had enough of "IS." Early on some of them sympathized with the group, but after two years they have had enough. Now one hopes that the people can help the Iraqi army liberate the city. Nevertheless, it is not a question of whether or not Mosul will be liberated, but rather what will follow. If Iraqi society and the Iraqi government fail to come together and cooperate, then another terror organization will likely pop up - hopefully not.

Abbas al-Kashali is from Basra and has been reporting from Iraq for Deutsche Welle since 2010.

This interview was conducted by Wolfgang Dick.

Udo Steinbach: 'The physical end of "Islamic State" is approaching'

In Syria and Iraq, the "Islamic State" group has been losing ground for months but worldwide its attacks are becoming more effective. Middle East expert Udo Steinbach detects change within the terrorist militia. (04.07.2016)

Baghdad was rocked by two explosions ahead of the end of the Muslim holy month of Ramadan in the deadliest attack to hit Iraq's capital this year. "Islamic State" has claimed responsibility for one of the attacks. (03.07.2016)