Factory workers at a Volkswagen plant in Tennessee have voted against unionizing. The vote dealt a blow to UAW efforts to gain a foothold among foreign auto facilities in the southern part of the United States. 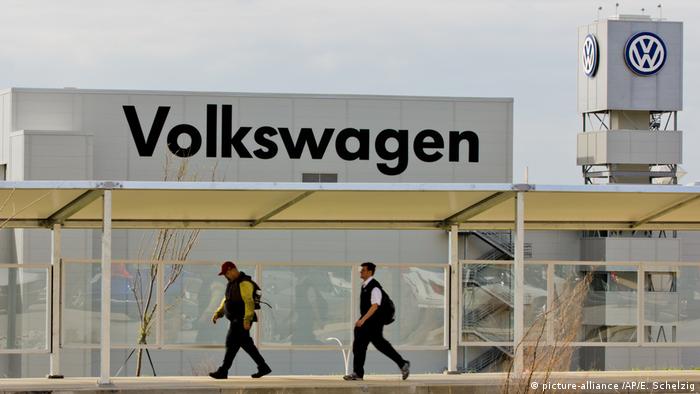 Workers at Volkswagen's United States plant in Chattanooga, Tennessee, have voted 833 to 776 against forming a factory-wide union, according to preliminary results shared by Volkswagen on Friday.

The vote among hourly workers began on Wednesday and finished on Friday. The German carmaker said about 93% of the roughly 1,700 workers voted. The National Labor Relations Board, the US regulatory body running the election, has yet to confirm the vote results.

"Our employees have spoken," Frank Fischer, president and chief executive of Volkswagen Chattanooga, said in a company statement. Fischer said the company looked forward to "continuing our close cooperation with elected officials and business leaders in Tennessee."

The decision not to unionize is a major setback for the United Auto Workers union, which for years has been seeking its first fully organized, foreign-owned auto assembly plant in the largely anti-union southern United States. Volkswagen has union representation at all of its other major plants worldwide.

'Campaign of fear and misinformation'

Tracy Romero, the organizing director of the Detroit-based UAW, said she was proud of the plant workers who voted for unionization.

"The company ran a brutal campaign of fear and misinformation," Romero said in a statement. She said the German automaker insinuated that unionization would lead to the end of the plant and other repercussions.

Several politicians in the state, including Tennessee Governor Bill Lee and US Senator Marsha Blackburn, urged workers to vote against joining the union, saying that unionizing could cause economic harm.

Volkswagen workers voted 712-626 against unionization through UAW in 2014, following the advice of Republican politicians who urged a "no" vote.

Five months after the vote, Volkswagen announced a new SUV would be produced in Chattanooga instead of sending the work to Mexico.

UAW claimed at the time that "interference by politicians and outside special interest groups" influenced the 2014 poll, but the union ultimately dropped an appeal of that vote.

In 2015, a smaller bloc of Chattanooga workers voted for unionization, but Volkswagen refused to bargain with them unless there was a vote for hourly workers.

They laconically call it the INDIA 2.0 project — on behalf of Germany's Volkswagen Group, Czech-based Skoda Auto is out to secure a stronger foothold on the subcontinent. Doing things locally is its prescribed recipe. (07.05.2019)

Fiat Chrysler has abandoned its merger offer for Renault which would have created the world's third-largest automaker, after Volkswagen and Toyota. "Political conditions" in France were blamed. (06.06.2019)