Tehran shuns US call for UN inspection of military sites

Washington's demand that UN nuclear inspectors visit Iranian sites has been dismissed as a "dream" by Tehran. Since its deal with six powers in 2015, the UN's agency has certified Iran as compliant. 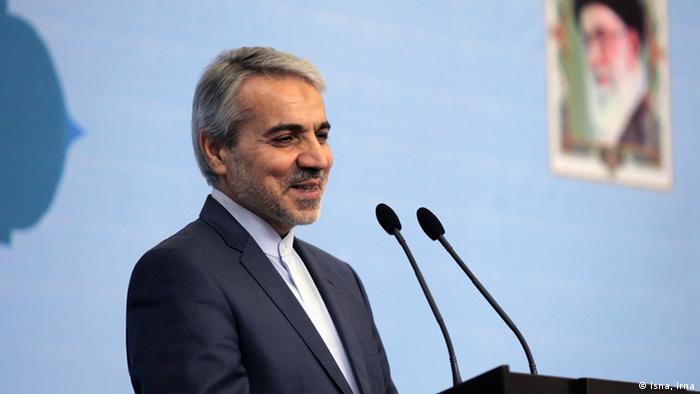 Iranian government spokesman Mohammad Bagher Nobakht (pictured above) on Tuesday said Iran would not accept any inspection of its sites, and "especially our military sites."

These were "off limits," said Nobakht in televised remarks in Tehran. "What has been said about inspections of our military sites, which are completely confidential and classified, is the mere expression of dreams."

The demand that the UN's International Atomic Energy Agency (IAEA) use verification provisions of the 2015 nuclear accord was issued last week by the US ambassador to the UN, Nikki Haley.

Haley reportedly visited the head of the IAEA, Yukiya Amano, in Vienna last Wednesday. At the time, The Washington Post quoted her as saying "no decision" had been made. 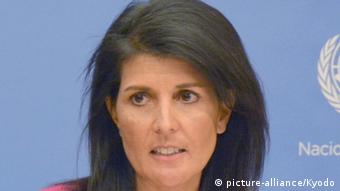 US President Donald Trump, while electioneering last year, had described the accord negotiated under his predecessor Barack Obama as "the worst deal ever."

The 2015 landmark deal saw the six powers, which included the US and Germany, remove crippling sanctions against Iran in exchange for it curbing its nuclear activities.

Under US law, he is due to notify Congress on whether Washington believes Iran is complying. Last April, he questioned whether the pact was in the US interest.

A policy review he ordered is also supposed to examine Tehran's behavior in the Middle East, which Washington has said undermines US interests in Syria, Iraq, Yemen and Lebanon.

Iran's president, Hassan Rouhani, warned two weeks ago that Iran could abandon the nuclear agreement "within hours" if the United States imposed any more new sanctions.

A spokesman for UN Secretary-General Antonio Guterres said the UN chief regarded the nuclear deal as "one of the most important diplomatic achievements in our search for peace and stability."

Iranian President Hassan Rouhani is under pressure from Washington and conservative forces in Tehran. Threats of revitalizing the nuclear problem actually diverge from his interests, says DW's Matthias von Hein. (15.08.2017)

In his second presidential term, Hassan Rouhani will need to maintain the international nuclear deal in the face of a belligerent Donald Trump and fend off hard-liners within Iran. The reformer is used to big challenges. (05.08.2017)