Apple, Microsoft and Google's parent company Alphabet have seen a surge in revenue. The results are attributed to the coronavirus pandemic — but also the easing of lockdowns. 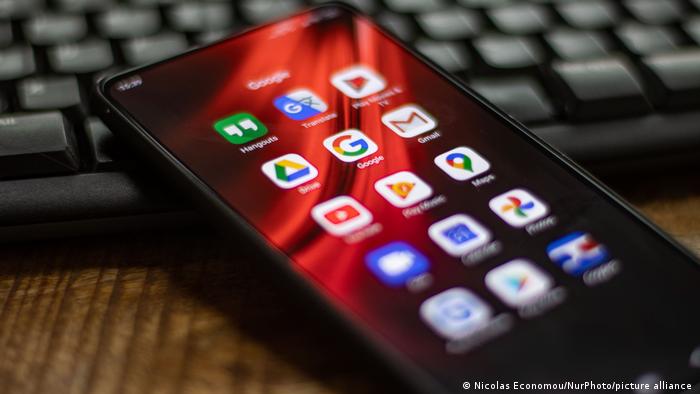 The results come amid an increase in consumer demand as the coronavirus pandemic continues to accelerate a trend toward working, shopping, socializing and more online.

The three companies currently have a combined market value of $6.4 trillion — more than double their value by market capitalization when the pandemic started 16 months ago. Tuesday's strong quarterly numbers only served to reinforce why government regulators in the US and further afield are increasingly eyeing their options to curb the companies' influence.

Tech companies' share prices have soared during the pandemic

Apple: Best ever surge in revenue

The California-based tech giant saw a surge in revenue by 36% from a year ago with $81.4 billion, the best ever for the company's fiscal third quarter.

"This quarter saw a growing sense of optimism for consumers in the United States and around the world, driving renewed hope for a better future," Apple chief executive Tim Cook told a conference call.

"We're only in the early innings of 5G, but already its incredible performance and speed have made a significant impact on how people can get the most out of our technology," Cook said. "Customers love iPhone 12 for its superfast 5G speeds."

Apple's profit rose to $21.7 billion, or $1.30 per share, on growth in iPhone sales and digital services.

Still, the spread of the coronavirus delta variant was casting doubt on how the rest of the year would unfold, Cook said. "The road to recovery will be a winding one."

"There was a rising tide of online activity in many parts of the world, and we're proud that our services helped so many consumers and businesses," Alphabet chief executive Sundar Pichai said.

Pichai attributed the success to long-term investments in artificial intelligence and cloud computing.

Microsoft: Work from home pays off

Microsoft reported quarterly profits of $16.5 billion, up 47% from the same period last year.

The company's profits have soared during the coronavirus pandemic amid high demand for its software and cloud computing services for remote work and study.

The software maker noted that supply issues affected its personal-computing division, which grew just 9% between April and June, including for its Surface and Windows products.