Tatars remain resolute in Kremlin-controlled Crimea | Europe | News and current affairs from around the continent | DW | 22.05.2016

Over two years have passed since Russia annexed Crimea. Tatars are feeling increasingly insecure in their homeland on the Black Sea peninsula. Juri Rescheto reports from Simferopol. 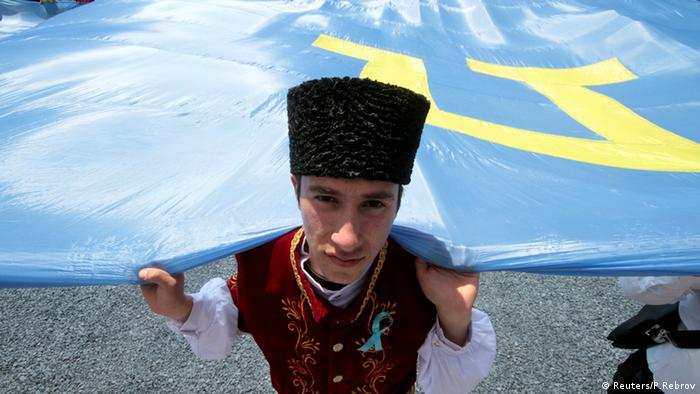 Up until about a year ago, Zera Emir-Suin was one of the most well-known television journalists on the Crimean Peninsula. With her sly smile and sharp tongue, she is known as one who fights for what is right. Her fellow Crimean Tatars would call her up and ask for help. And many of them got it through her TV show.

Then, literally overnight, her television station, ATR, was forbidden and Emir-Suin lost her job. She said she was viewed with suspicion in her own hometown, which fell under Russian control after a dubious - and widely boycotted - referendum in 2014. After being unemployed for a year, she found work - "thanks be to Allah" - as the spokeswoman of the Spiritual Administration of Muslims in Ukraine, headed by Mufti Emirali Ablaev, the holy leader of the Crimean Tatars.

Emir-Suin spoke in front of the Borchokrak mosque. There was a memorial service happening inside, but she stayed at the entrance. "Women cannot enter the prayer room," she said. The wooden house of worship lies in the middle of a settlement of Tatars on the outskirts of Simferopol, the administrative capital of what Russia has called the Republic of Crimea since annexing the peninsula. Inside the mosque, about 100 men were praying at a memorial service to honor the victims of a mass deportation of Tatars on orders from Moscow 72 years ago. Russian authorities forbade a parade to commemorate the mass deportation. 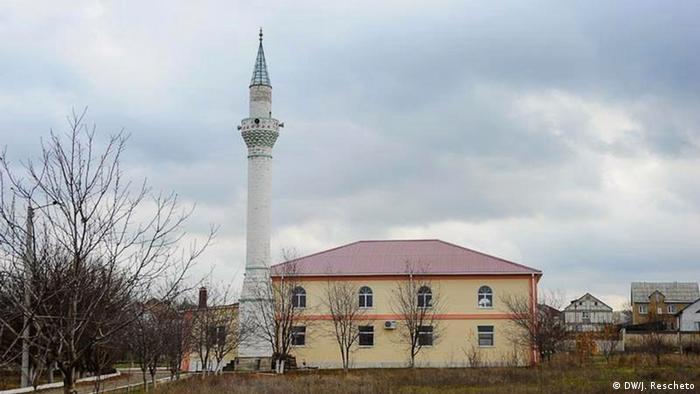 In May 1944, the Soviet dictator Josef Stalin gave the order for the mass deportation to Uzbekistan. The removal of the Tatars from their historical homeland to Central Asia arose out of fears that they would reveal the location of Soviet forces to soldiers from Nazi Germany. It was an attack on the dignity of the Tatars - on their very existence.

At night, the Soviet troops corralled women, children and older people, stuffing them into cattle cars for transport to Uzbekistan. The majority of the men had been sent to the frontline to battle the German troops - a fact that makes the Soviet suspicions of Tatars even more absurd. Many of the deported people died during their weekslong transport to Central Asia. Many of those who survived would never see their homes again.

A 5-year-old named Moradie had been packed into one of those cars while her father fought the Germans. Now 77, she sipped coffee at Emir-Suin's home along with her husband, Akchy.

"We Tatars have always been treated badly," said Moradie, who asked that her full name not be used. "And now these Russians have returned, and they'd like to do something again. I don't want it. I'd rather die than leave Crimea."

Emir-Suin attempted to console her. "Don't complain, Grandma Moradie," she said. "Just live your life in peace. No one will do anything to you." 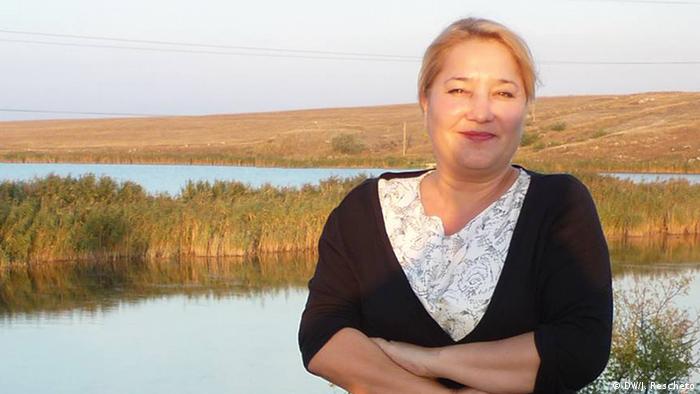 Despite the hardships imposed by the new regime, Emir-Suin says she would "never" leave

Russia is once again applying pressure on Tatars. Since the takeover in 2014, 20,000 have abandoned their homeland and moved to Ukraine proper. Emir-Suin herself has been subjected to questioning several times by state prosecutors for reporting that authorities had found too critical. "The Crimean Peninsula is a uniquely peaceful place, one where people from over 140 nationalities have lived together for ages," Emir-Suin said. "But this atmosphere of suspicion is discriminatory. I know of situations where houses were suddenly searched or neighbors suddenly disappeared. Many of my acquaintances no longer trust themselves to openly say things that they could have said in the past. Even I have become smarter."

Smarter or more fearful? "One conforms," Emir-Suin said. "Let's put it that way. One speaks between the lines. It's like back in the days of the Soviet Union."

Despite all that, moving to mainland Ukraine is not an option for Emir-Suin. "Never," she said. "Crimea belongs to us." Despite Moscow's claims on the peninsula, she said, there is not a single Russian folk song about Crimea. There are odes to birch trees and the Volga River, but nary a verse about the peninsula's cypresses. "That's our national tree," Emir-Suin said. "Our pride and our pain. Our past and our future."