President Samia Suluhu Hassan has belatedly kicked off Tanzania's COVID-19 vaccination campaign. But the East African country still has a long path ahead if it wants beat the coronavirus.

The launching of Tanzania's belated vaccination campaign is the most decisive signal yet of President Samia Suluhu Hassan's break from the coronavirus policies of her late predecessor, John Magufuli.

Magufuli, who died in March, was a devout Christian and a coronavirus skeptic. Saying God would protect his people, he championed prayers over face masks and home remedies such as steam inhalations over vaccines.

In her new strategy to prevent infection with the virus, Hassan took pains to emphasize the vaccine's safety.

"I have come out to show the public who look up to me, and fully cognizant that as a president I am the shepherd to many whom I lead," Hassan said, after receiving the single-shot Johnson & Johnson vaccine on Wednesday.

"So I wouldn't risk my life by taking this vaccine, I have agreed on my own volition to be vaccinated knowing in any case I have been living with many other vaccines in my body for the last 61 years now," she said during the event, which was broadcast live on television.

The start of the vaccination campaign comes as Tanzania possibly faces a third coronavirus wave. 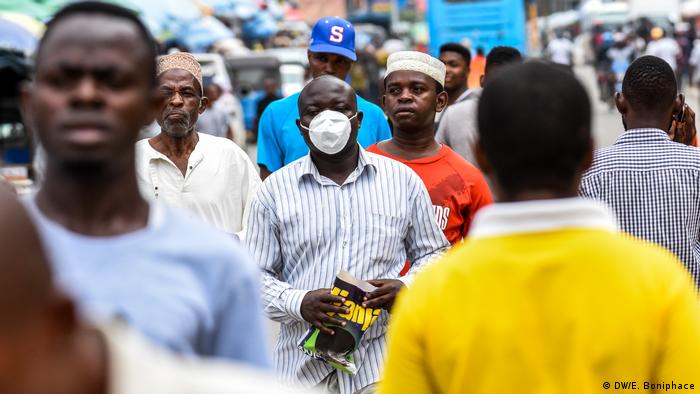 Tanzania has started publishing some coronavirus data, but the number of new infections aren't clear

From COVID denier to embracing the vaccine

The government recently warned of rising case numbers, but it's unclear how widespread infections are in the country.

In May, the government under Hassan's leadership started collecting COVID-19 data for the first time since April 2020 but it is not yet publishing daily infection rates.

Tanzania faces an enormous challenge due to Magufuli's initial failure to deal with the coronavirus, warned Africa expert Robert Kappel of the University of Leipzig.

But the new leadership alerting the population to the dangers of the coronavirus is a major turnaround, he told DW in a phone interview.

Magufuli "completely ignored the problem and acted quite idiosyncratically, hushing up up the topic of COVID in the country," Kappel said. In contrast, "Hassan is warning of the danger of a major crisis." 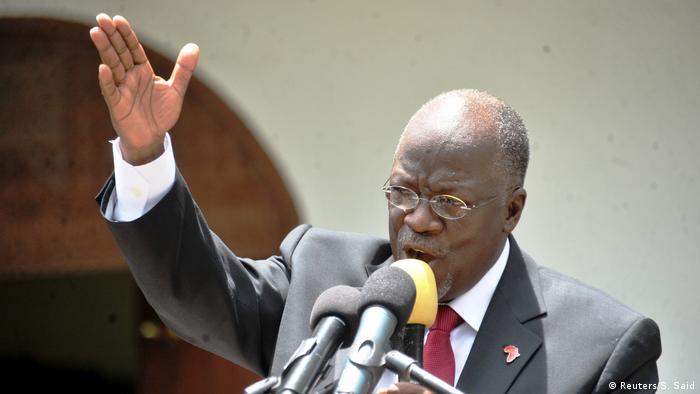 In another sign Hassan is gradually bringing Tanzania in line with global public health standards for tackling COVID-19, her government also recently stressed the importance of wearing face masks and social distancing. Magufuli often railed against such measures.

According to the president of Tanzania's Medical Association, Shadrack Schorck, Tanzanians are still "divided" over the government's about face.

Some support the former president's views about the virus while others have welcomed the U-turn of the new government, Schorck told DW.

Speaking on Wednesday, Hassan promised that Tanzania would have enough vaccines to inoculate all those willing to get the jab.

Plans are underway to procure doses from BioNTech-Pfizer, Moderna and Chinese vaccine makers Sinovac and Sinopharm, her government has said.

Hassan, however, made no reference to when these vaccines would arrive.

Tanzania didn't join the COVAX vaccine initiative until June, four months after the global vaccine-sharing program started shipping free vaccines to those countries who signed up.

The late move makes Tanzania one of the of the last countries on the African continent to sign up for free vaccines.

"There are hardly any vaccines on offer at the moment. This is a very big problem, a kind of balancing act for the new president. In this regard, it is very difficult [for the government] to make a complete change now," said Kappel. 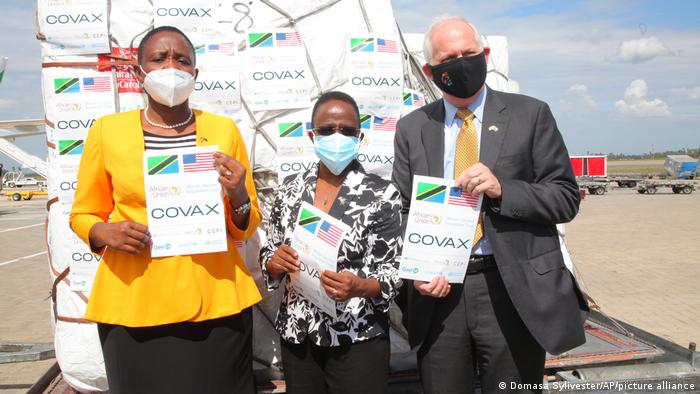 So far, the country with a population of 62 million has only received 1 million doses of the Johnson & Johnson vaccine, which were donated by the United States and arrived on July 24.

"This will not be the last vaccine that comes from the United States," Donald J. Wright, the US ambassador to Tanzania, told The Associated Press news agency.

"President Biden has committed to making 500 million doses of the vaccine available to the global community and [some of] those will be coming in various tranches to Tanzania," he said.

But procuring enough vaccines is only half the battle.

People are confused and need to learn more about how the vaccines are used, he said. 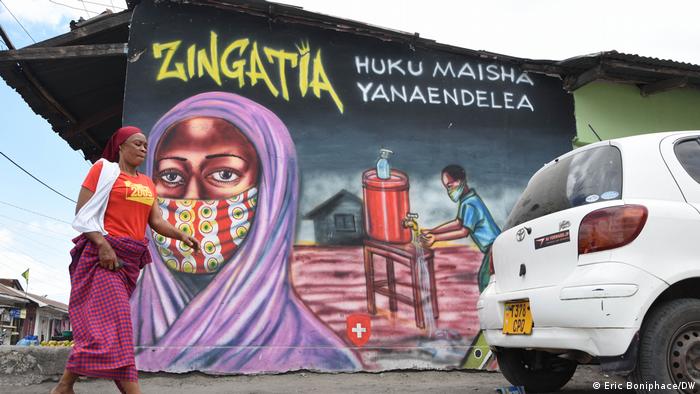 At the campaign launch, Health Minister Dorothy Gwajima announced the rollout of a comprehensive public education campaign to counter vaccine misinformation. Vaccine skepticism among Tanzania's general population is thought to be high.

"Why don't we consider our traditional solutions? Why do we have to use foreign medicine? Is there something that is hidden here?" Kelvin Mmari, a resident of the commercial capital, Dar es Salaam, asked AP, adding that he wasn't willing to be vaccinated.

Is there a hidden COVID crisis in Zanzibar?

Despite skepticism, fear about the coronavirus has increased in Tanzania following the death of a prominent politician in Zanzibar. Mourners showed up at public memorials wearing face masks and brandishing disinfectant.

Opinion: Why Tanzania had a peaceful transition

Tanzania's peaceful transition of power after President Magufuli's death was not only a result of adhering to the constitution but also respecting the country's political culture, says DW's Harrison Mwilima.

In her first 100 days, President Samia Suluhu Hassan is steadily steering Tanzania to tackle COVID-19 after months of inaction. She has also pledged to promote freedom of expression. Will that cost her politically?