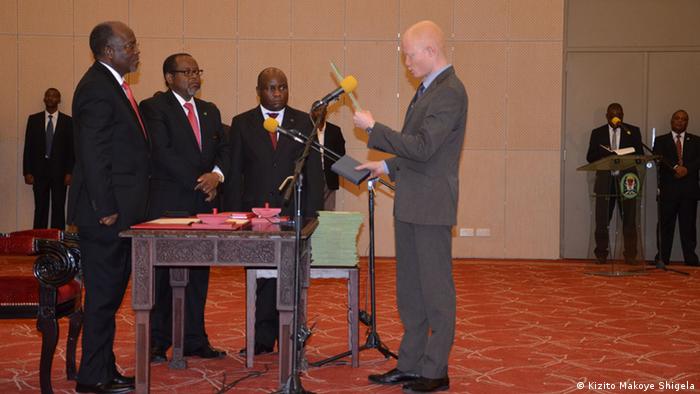 When he is not delivering a lecture at the University of Dodoma (Udom) nestled on a sun-fried terrain of Tanzania's capital city, he is often seen sifting through piles of books in the library or walking casually around the campus, reflecting or cracking jokes with his students.

Dr. Abdallah Possi, a 36-year-old lawyer who is known for his razor-sharp legal mind, attention to detail and his unassuming demeanor that has earned him unquestionable reputation as a human rights campaigner, is a renewed hope in the on-going fight against albino killings.

"He's a down to earth young man who is deeply committed to defending human rights," said Elias Mugisha, a human rights lawyer based in Dar es Salaam.

Possi becomes the first person with albinism to hold a powerful ministerial position and the third to become a member of parliament.

More than 70 albinos, who lack pigment in their skin, hair and eyes, have been brutally murdered in Tanzania in the past decade, according to United Nations figures. Many were hacked to death and had body parts removed.

The Tanzanian government has repeatedly accused witch doctors of fuelling such ritual killings by convincing people to bring albino body parts which they use to make magical spells they claim bring good luck and wealth.

Abdallah Possi was born on August 25, 1979, in Dar es Salaam. He is one of two children with albinism in a family of three.

Albinism is a congenital disorder which affects about one in 20,000 people worldwide, according to medical authorities. It is, however, more common in sub-Saharan Africa, affecting an estimated one in 1,400 Tanzanians.

Possi has been interested in the law and human rights since childhood. He studied law at the University of Dar es salaam, and a year later he had a brief stint working as a tutor at the Institute of Judicial Administration in the eastern region of Tanga. He returned to the University of Dar es Salaam for his masters' degree in 2007. While studying at the university, he was sworn in as an advocate of the high court.

He joined the University of Dodoma in 2010 as an assistant lecturer and later climbed the ranks and become the dean of the faculty of law. In 2014 he completed his doctoral degree at the University of Friedrich Alexander in Nuremberg, Germany where he majored in constitutional law.

As he was growing up, Possi did not experience any stigma with his peers at home, however, the troubles began when he started going to school.

"As a little boy, some children were taunting me or tried to pinch my skin to see how I reacted," he recalled in a recent interview with DW. 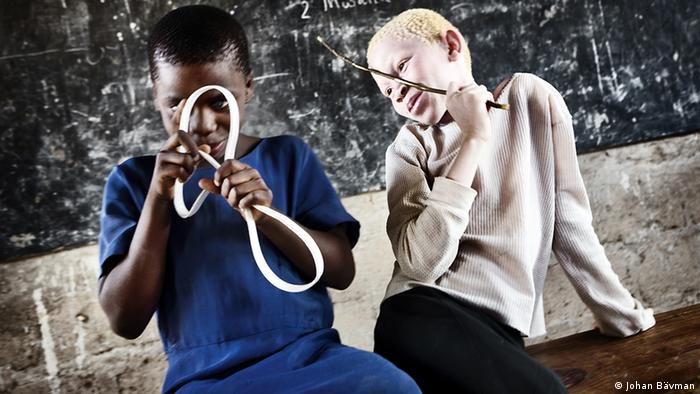 Many albinos in Tanzania, especially young children, are the subject of discrimination.

Possi's mother, who is a professor of educational psychology at the University of Dar es Salaam, recalls an instance some years back as she was strolling with his son and heard a toddler asking her mother to come and see a "Mzungu" (white) child.

As Possi's mother looked for a caucasian child, she was shocked that it was her son the child was talking about.

Amazingly, the other woman told her daughter that the boy was actually the "devil's child," Possi's mother recalled.

"I stopped and asked that woman how she would feel if it was her son who was called such names," she said.

Possi said the on-going persecution against albinos is based on the fear of the unknown.

"Most people do not understand that albinism is part of human diversity. We need to change our attitudes and create a friendly environment so that people of all races can enjoy their freedom," he said.

Possi, who is the first person with albinism in Tanzania to hold a doctorate degree, is deeply committed to human rights issues. His PhD thesis was about the rights of persons with disabilities to work not just in Tanzania but across Africa.

According to Possi, the ill-conceived notion that albino body parts bring wealth and good luck is totally absurd.

"Albinism is a scientific disorder but most people in the villages do not understand that. If albino body parts were worth anything I would be very rich," he said.

As he assumes his new responsibilities, Possi is confident in his role to sustain the awareness campaign about albinism across the country.

John Magufuli, already a social-media sensation for his austerity measures, surprised many by cleaning the streets of Dar es Salaam. He had cancelled Independence Day celebrations for a national cleanup drive. (09.12.2015)