Taking to the skies together | Business | Economy and finance news from a German perspective | DW | 12.05.2017

Taking to the skies together

Twenty years ago, the Star Alliance was the world's first airline alliance. Today, it is one of a few airline ailliances that have almost equal share of the global market. 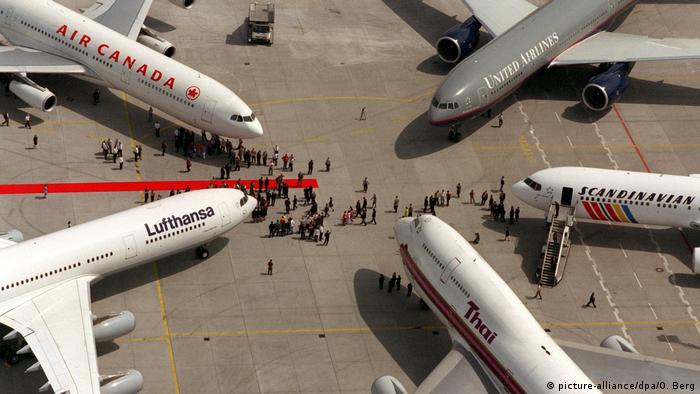 When the Star Alliance was launched on May 14 in 1997, it was the first of its kind and would dominate the global industry for years. Five airliners, representing each of the five founding carriers Lufthansa, SAS, Air Canada, United Airlines and Thai Airways, were parked on the tarmac of Frankfurt's International Airport, forming a giant star.

Jürgen Weber, who at the time was CEO of Germany's national carrier Lufthansa, and who is seen as one of the founding fathers of the alliance, shaped the mission statement of the coalition of global carriers: "We want to offer convenient flight connections around the world to the passengers of all our members, where they can switch from one carrier to the other and where we can pool our forces."

The idea was brilliant, because cross-border mergers or investments are very limited in the airline industry.

Until today, commercial aviation outside Europe and North America tends to be more regulated and controlled by governments than other industry sectors. Airlines are often seen as ventures with a sovereign function. In most cases, the majority of their shareholders are citizens of the airline's country of origin - otherwise the carrier risks losing landing rights in certain countries.

An alliance is a marketing coalition of independent members that continue to operate under their own brands. They share an umbrella organization that coordinates transfers and connecting flights. They also share their passenger lounges and credit miles from other alliance carriers in their frequent flyer programs. 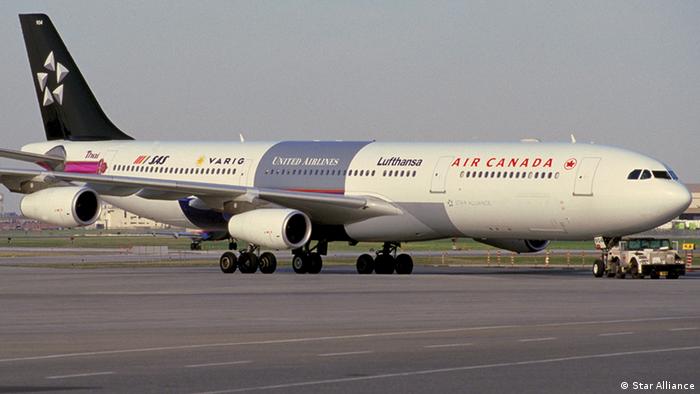 An Air Canada Airbus A340, painted with the logos of the Star Alliance founding members

Blueprint for the industry

Other airlines in the industry soon followed suit. Oneworld was launched in 1999 by British Airways, Iberia, American Airlines and Cathay Pacific. The following year, Air France, KLM and Delta Air Lines started Skyteam. Today, the Star Alliance is leader of the pack with 27 members. Its most recent addition, Air India, joined in 2014. The Indian government had blatantly pressured the alliance to admit its national carrier  - showing how prestigious the membership in this club of quality airlines is considered in emerging market countries.

The numbers are impressive: together, the Star Alliance carriers operate 4657 airplanes and connects more than 1330 airports in 192 countries worldwide. There is hardly a destination on the globe, which is not served by one of the alliance members. Meanwhile, the three leading alliances have staked their claims, dividing the global market into three similarly sized pieces. Together, they offer about 60 percent of passenger flights worldwide. The Star Alliance has a market share of 23 percent, followed by Skyteam (19 percent) and Oneworld (18 percent).

Another 18 percent of the global market is controlled by budget airlines and more than 20 percent is made up of carriers that have no affiliation. The biggest of these is Emirates from the Middle East. Emirates' president, Tim Clark, does not like alliances and prefers bilateral cooperations.

A model of the past

Clark believes that alliances are a product of the 1980s, an anachronism: "The days of alliances are over," he has said. He prefers to do business without the constraints of an alliance. Under his helm, Emirates has teamed up with Australian airline, Qantas. However, Etihad from neighboring Abu Dhabi was not as lucky with its partnerships. The airline's investments in Air Berlin (a member of Oneworld) and Alitalia (Skyteam) have turned into billion-dollar graves, endangering Etihad itself. 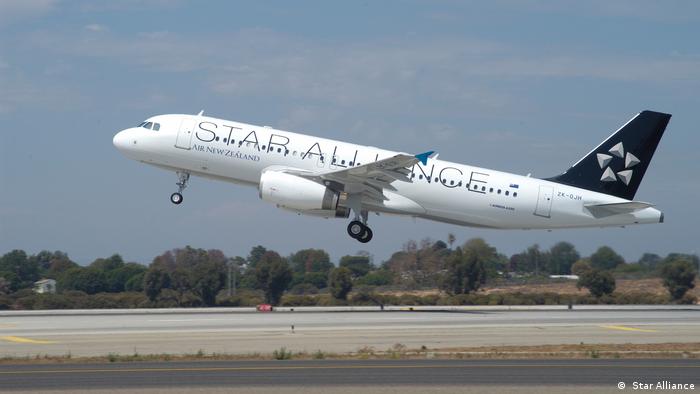 This Airbus A320 is operated by Air New Zealand, one of 27 Star Alliance members

Even though the Star Alliance hopes next to recruit Brazilian carrier Azul, today's airline coalitions are more focused on improving their services, rather than winning new members. "The focus has shifted from growth to the optimization of the networks and customer satisfaction", said Markus Rüdiger from Star Alliance. His competitors from Skyteam are also trying to intensify cooperation with their alliance partners, rather than adding new members to their coalition.

There can also sometimes be harsh competition within an alliance. Lufthansa has accused its Star Alliance partner, Turkish Airlines, of price dumping. Lufthansa even limited the use of miles from their freequent flyer program for Turkish Airline flights. However, the global airline market continues to be highly competitive, even if airlines do team up. For some critics they are cartels that will do anything to keep passengers inside their system, even if it costs customers more money and forces them to put up with indirect routes. Still, the idea of airline coalitions has changed the way we travel by plane - and in many cases, it has made it easier.

Lufthansa CEO Carsten Spohr has said he held talks with the Abu Dhabi government about its stake in loss-making carrier Air Berlin. The debt of Germany's second largest airline was an obstacle for a takeover, he noted. (05.05.2017)

Germany's second-biggest carrier, Air Berlin, has slipped further into the red. The reason behind renewed losses is its deep restructuring effort. The airline said it was seeking new partnerships. (28.04.2017)