The ruling party of Tajikistan's strongman leader is on track to secure victory in the Central Asian country's parliamentary elections. The only opposition party in the race failed to win a single seat. 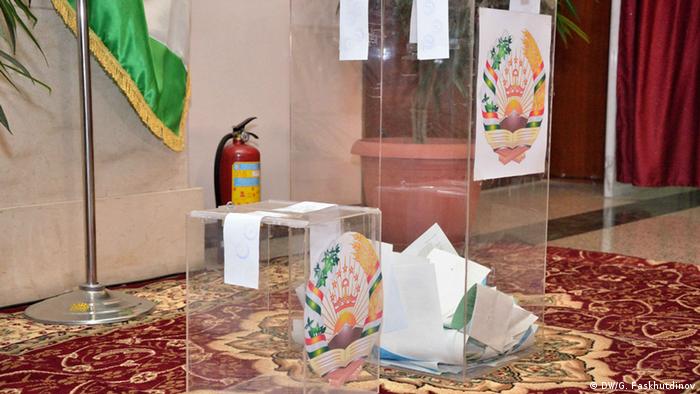 Meanwhile, the only competing opposition party, the Social Democratic Party of Tajikistan, won just 0.32% of the vote and failed to secure a single seat, the commission said.

Under Tajikistan's political system, 41 of the 63 seats in the lower house are contested in single-seat constituencies, while the remaining 22 are distributed along party lines according to overall vote share.

Rakhmon, 67, has led the country since 1992 and has sought to consolidate his control in recent years. A referendum in 2016 eliminated presidential term limits, essentially allowing him to rule indefinitely.

Sunday's election was the first vote since the collapse of the Soviet Union that did not involve the main opposition group, the Islamic Renaissance Party of Tajikistan. The moderate, faith-based party was banned in 2015.

"Respect of fundamental freedoms has further deteriorated since the last elections," the Organization for Security and Cooperation in Europe (OSCE), which observed the electoral process, said. "The choice between political alternatives is limited in the absence of independent media and a functioning opposition."

Three prison guards and 29 inmates have been killed after a riot broke out at a high-security prison in Tajikistan. It is the second deadly prison disturbance in the country in the space of six months. (20.05.2019)

Journalist Khayrullo Mirsaidov could spend years behind bars. His crime: calling out government corruption. An international campaign is working to set him free and protect free expression in Tajikistan. (15.08.2018)

The Republic of Tajikistan has freed Khayrullo Mirsaidov, a well-known journalist and comedian. Human rights groups have claimed a victory, but Mirsaidov himself has pledged to fight on until he is exonerated. (22.08.2018)