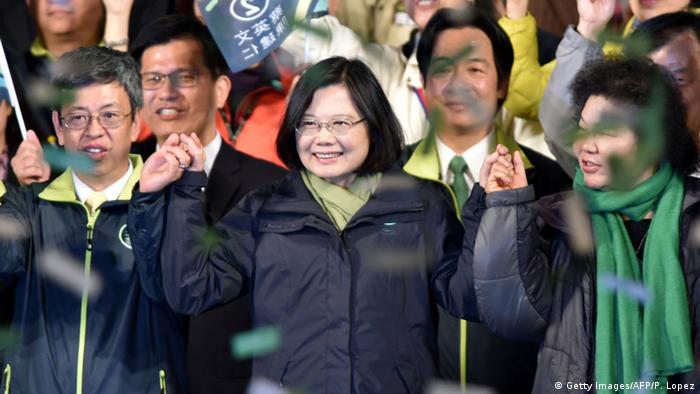 President-elect Tsai claimed victory late Saturday night (local time), telling supporters from her party headquarters that the results showed Taiwanese were asking the government to be "steadfast in protecting this nation's sovereignty."

The election victory comes as Taiwanesevoters voiced anxiety over a struggling economy and rapprochement with China under the Kuomintang (KMT) party, led for the past eight years by outgoing president Ma Ying-jeou.

Ma, who was constitutionally barred from serving a third term, had sought to improve ties with China by signing multiple trade, transport and exchange agreements. The growing economic dependence has aligned the island closer to China as voters complained of not receiving many of the anticipated benefits amid a struggling economy.

A third candidate trailed far behind. 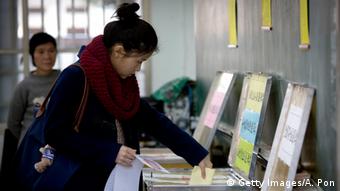 Now the president-elect has a difficult balancing act between China's claims and her own party's policy of exerting Taiwan's sovereignty.

Tsai said her priority in relations with China would be to maintain "the status quo of peace and stability," though she warned that provocative actions by the mainland would not be accepted.

"Our democratic system, national identity and international space must be respected. Any forms of suppression will harm the stability of cross-strait relations," she said.

Tsai and her DPP have refused to recognize the "one China" policy to eventually unite the two nations, who have been separated since Taiwan split in 1949 from China during civil war.

However, the "one China" concept remains ambiguous enough to accommodate different interpretations.

Beijing has previously warned it will not deal with any leader who does not recognize the "one China" principle, a pact between Beijing and the KMT known as the "1992 consensus" that served as the basis of warming ties.

Tsai has yet to take a position on the "1992 consensus," which she has neither recognized nor rejected, but has vowed to maintain the island's de-facto independence from the mainland.

However, Beijing still holds many economic, diplomatic and political levers to exert influence and pressure on Tsai if she veers too far from its red lines - not to mention hundreds of missiles pointed at the island.

The United States, which doesn't officially recognize Taiwan but is nonetheless its chief foreign backer, congratulated Tsai, but notably applauded departing president Ma "for concrete steps he has taken to improve cross-strait ties in recent years."

Analysts do not expect a crisis to develop between the island and the mainland as Beijing takes a wait-and-see approach. However, relations could just become less predictable and interspersed with tensions compared to the past eight years.

Support for the DPP and its 59-year-old leader has increased dramatically since 2014, which saw hundreds of student-led demonstrators occupy parliament for more than three weeks, in protest against trade pacts negotiated with China.