Syrian troops have renewed their bombardment of Syria's largest city Aleppo, opposition activists have said. Meanwhile rebels have attacked an office of the ruling Baath Party as the battle for the city rages on. 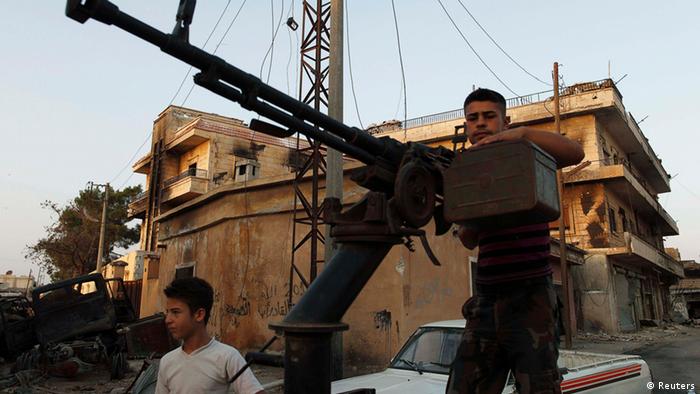 The activist group said the rebel bastion of Sakhour in the northeast of the city had been shelled. Free Syrian Army commander Abu Omar al-Halabi confirmed the report, adding that fighting had also broken out between rebels and government forces in the southwestern district of Salaheddin.

"The regime forces are cowards, they are not moving on the ground but they are shelling rebel-held areas in Aleppo with rocket launchers, heavy artillery and helicopters," he said.

Nevertheless Al-Halabi told German news agency dpa that rebel forces were now in control of some 60 percent of the city, and had launched attacks in several key areas on Tuesday.

"Our rebels managed to attack the Baath party office, the military hospital as well as the military court in the area of al-Mahfaza," he said.

The battle for Aleppo, Syria's commercial hub, has now entered its fourth consecutive day. The UN has estimated that some 200,000 people had fled the city since fighting erupted.

According to the Syrian Observatory for Human Rights 93 people were killed in fighting across the country on Monday.