Both the president and his wife, Asma, are in quarantine and in a "stable condition," the Syrian government has announced. The pair will work from home during a period of isolation. 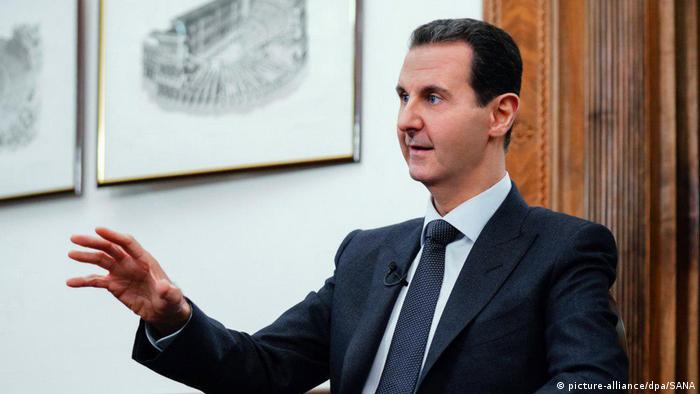 Syrian President Bashar Assad and his wife, Asma, tested positive for coronavirus on Monday, his office said on Monday.

Syria has so far officially recorded 15,900 coronavirus cases and 1,063 deaths, but the actual figure is estimated to be much higher.

What the official statement on Assad's health said

According to the statement, Assad and his wife:

In August of last year, Assad, 55, who is a trained ophthalmologist, paused during an address to parliament due to a slight drop in blood pressure, before gathering his composure and resuming his speech a few minutes later.

In 2018, Asma underwent treatment for breast cancer, which the presidency said had been detected early. A year later, she said she had made a full recovery.

The Middle Eastern country has been ravaged since peaceful pro-democracy protests in March 2011 evolved into a full-blown war, drawing foreign fighters and powers.

How climate change paved the way to war in Syria

Researchers agree that climate change alone cannot be blamed for the outbreak of war in Syria in 2011. However, neither can it be ignored as a reason the once blossoming country has become a parched, war-torn place.

Paris does not want them — the wives of 'Islamic State' fighters and their children languishing in Syrian jails. But refusing to allow them to return to France will ultimately backfire, says DW's Luisa von Richthofen.