The UK-based Syrian Observatory for Human Rights has said that a Syrian army outpost south of Damascus was hit by "Israeli bombardment." A pro-Syrian government military source has denied the reports. 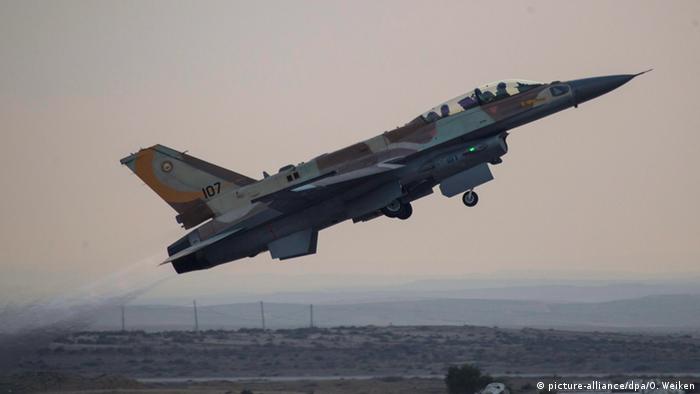 "The location was targeted by three missile strikes, which caused physical damage," the Syrian Observatory for Human Rights (SOHR) said in a report.

"It is unknown whether members of Hezbollah were inside the location or not," SOHR added, referring to an armed Lebanese Shiite movement allied with Syrian President Bashar al-Assad.

Hezbollah leader Sayyed Hassan Nasrallah says Turkey and Saudi Arabia have an ulterior motive to send troops to Syria. He claims that instead of fighting "Islamic State," they want to "gain a foothold in the country."

However, the Reuters news agency reported that a "pro-Syrian government military source" had denied the reports.

While mystery shrouds Israel's involvement in the five-year Syrian conflict, both Damascus and Tehran have claimed that the Israeli Defense Forces (IDF) have launched attacks in Syria.

In December 2014, Syrian state television reported that Israeli airstrikes were carried out near the nation's capital.

Shortly after the alleged airstrikes, Iran's Revolutionary Guards confirmed one of its generals had been killed in the attack "by the Zionist regime's helicopters."

Tensions between Jerusalem and Damascus escalated in 2013 amid skirmishes between the country's forces in the Golan Heights, occupied by Israel in 1967.

Officially, Syria and Israel remain in a state of war, since a peace deal to end the nearly 50-year conflict has eluded both parties.