Should the West take military action against Syrian President Bashar al-Assad's regime and the Russian forces supporting him? Middle East expert Udo Steinbach makes the case for just such a course of action. 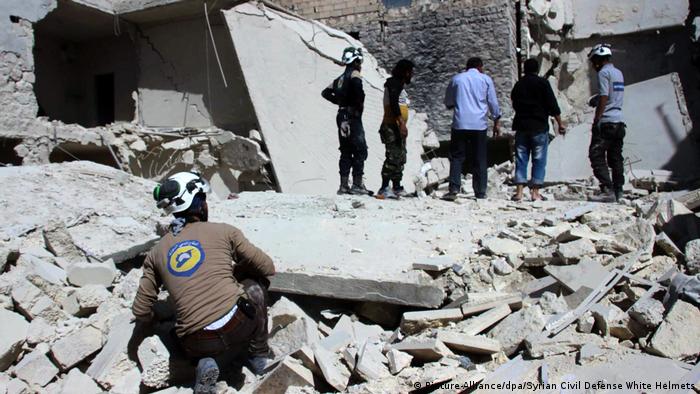 DW: Professor Steinbach, would you agree that the situation in Syria could best be described as hopeless?

Steinbach: Yes, it is hopeless. Even if a formal compromise is agreed, as was the case a few days ago, it doesn't lead to anything, not when it comes to Aleppo, nor the situation as a whole. The various interests of the different parties are just too different. The West wants to keep out of it and stay on the sidelines, restricting its intervention to the humanitarian crisis. Russia and Syria want to bring about a decision on military action.

It might sound macabre, but is there at least some hope to be gained from the warring parties growing weary with fighting?

Yes, but not today, and not tomorrow. And really, only one party is fighting. It's mainly just the Syrian air force and the Russians who are supporting the air force who are fighting. The opposition is fighting a bit, and the West not at all. As long as that remains the case, those who opt to fight will always have the upper hand. So the question is no longer, diplomacy, yes or no? The question now is, military engagement, yes or no? A few days ago, people were talking about a no-fly zone again for the first time in a long time, and that would be the first step. It would also be the right step and an important step.

That means, if the political will were there, that could be a solution?

Of course. Not a solution, but it would be a first step toward a solution, a first step in making the Russians and the Syrians understand that we are finally ready to do something, that we're prepared to give a military answer to the military violence. That's something that we haven't done up to now. We've always backed down, retreated to these formal agreements. And the other side fought, and you have to admit, won. And now, right before the end game, they're not just going to roll over.

How far should this military engagement go? 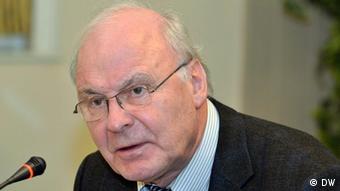 Steinbach: To tolerate Assad in the future would be absurd

That's something that's been talked about: A no-fly zone for Syrian fighter jets. You'd have to shoot down the planes that violate the zone, and then you'd see what the Syrians would do, what the Russians would do. And then, should the bombing continue, you'd also know who was doing the bombing. Right now, you don't know. Is it the Syrian air force? Is it the Russian air force? Who attacked that convoy recently? A no-fly zone against the Syrian jets would make it possible to separate the wheat from the chaff.

In Libya, for example, the West saw what happens when a head of state, who may have been autocratic but who nonetheless held the country together, disappears. Could the West therefore be willing to tolerate Assad in the future?

That would be absurd. It would be absurd, after everything that's happened, to tolerate a head of state who has massacred hundreds of thousands of his own people, who has caused half of the country's population to flee. It's absolutely unthinkable. There's no way there can be a diplomatic solution with Assad. And since the Russians and the Iranians and others are clearly still dreaming of such a solution, this solution will not be possible. In the end, it can only come down to an escalation, including a military escalation.

On the other side, a lot of people say the rebel groups, which had been partially supported, have practically no moderate negotiating partners.

That's simply not the case. There are obviously very radical people, there are very moderate people and in the middle there are a multitude of organizations which in one way or another we say: They are half-radical, they are Islamist. And if you were willing to make the effort and if there was the political will and also the military will behind it, you could very well forge an opposition front that could be sustainably supported and would be strong enough to bring about a change of power in Damascus. Now the excuse is used: These are non-profiled groups, they are radical. Those are all excuses, because you are shying away from the logical conclusion, namely, risking the military option with military support. If you shy away from military support, then you are also degrading the political option.

Middle East and Islamic Studies expert Professor Udo Steinbach has led the German-Orient Foundation in Hamburg for more than 30 years.

Moscow has yet to give up on a political settlement to the conflict in Syria, a Kremlin spokesperson says. Amid escalating violence in Aleppo, the US and UK have accused Russia of possible war crimes. (26.09.2016)