Russia's military campaign objectives "have been almost accomplished," according to an influential lawmaker. With talks gearing up, the UN's chief negotiator said the peace process had reached a "moment of truth." 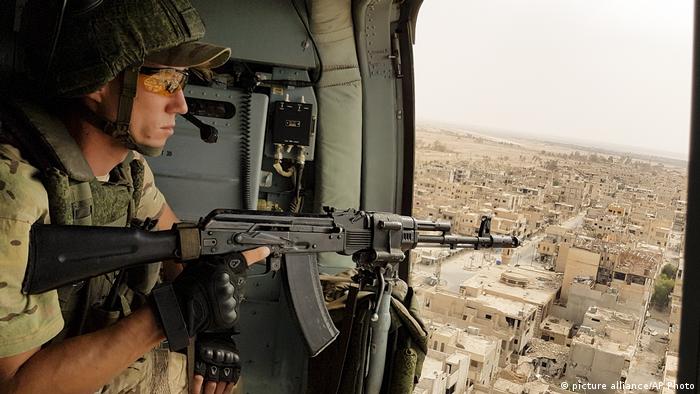 A senior Russian lawmaker on Monday said Russia's military mandate in Syria could be nearing its end given the latest advancements by pro-government forces in the conflict-ridden country.

Vladimir Shamanov, who sits as chairman of Russian parliament's defense committee, told a meeting at the Kazakh parliament that the "major tasks" of Moscow's military campaign in Syria "have been almost accomplished," according to Russia's state-run news agency TASS.

"We expect that by the end of this year (Syrian) government forces will restore control over the eastern border of the Syrian Arab Republic and the 'Islamic State' won't exist anymore as an organized military structure," Shamanov said.

In September 2015, Russia launched an aerial campaign in Syria in what Moscow claimed was an offensive to defeat terrorist forces in the country, including the "Islamic State" militant group and al-Qaeda. However, Russia's move was largely viewed by the international community as a ploy to prop up the government of Syrian President Bashar al-Assad.

Towards a political solution

Another round of de-escalation talks co-sponsored by Turkey, Iran and Russia kicked off in Astana on Monday with the aim of ending Syria's conflict.

Kazakhstan's foreign ministry confirmed that delegations from the Syrian government and rebels seeking to overthrow Assad arrived in the capital along with those from Turkey, Russia and Iran.

While UN-sponsored peace talks in Geneva have focused on securing a political solution, the talks in Astana have provided concrete grounds to move forward between parties, including the establishment of de-escalation zones to minimize fighting between pro-government forces and moderate rebel factions.

In Syria, more than 330,000 people have been killed since 2011, when government forces launched a brutal crackdown against peaceful protesters calling for Damascus to release political prisoners and for Assad to step down.

However, since then, the civil war has turned into a multi-pronged conflict involving global powers, neighboring countries and non-state actors, including the US, Saudi Arabia and al-Qaeda-affiliated groups.

"We need to get the parties into real negotiations," De Mistura told the UN Security Council last week, adding that after the defeat of the "Islamic State," the Syrian peace process had reached a "moment of truth."