The Syrian regime has captured Sinjar, in Idlib province, and opened the way toward a rebel-held airbase. The government lost Sinjar to rebels in 2015 and started an operation to recapture it in December. 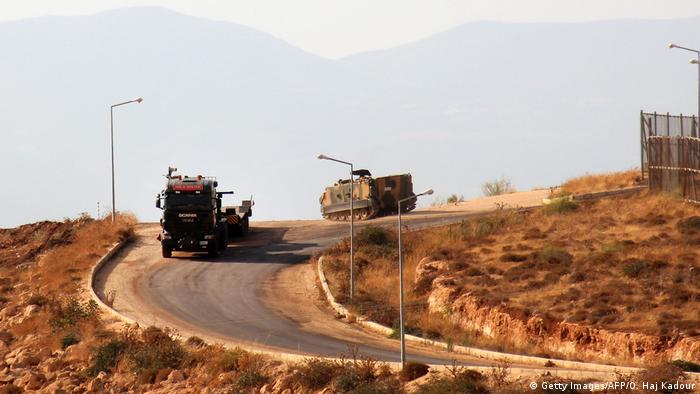 Syrian regime forces seized a strategic town on Sunday, removing a key obstacle as they moved towards a rebel-held airbase in an offensive to reclaim ground in northwestern Idlib province, a monitor said.

Idlib is the largest remaining rebel-held territory in Syria's north. Troops captured Sinjar, the "biggest town in southeast Idlib," from Syria's former al-Qaeda affiliate, putting them within 14 kilometers (9 miles) of the Abu al-Duhur military base, the British-based Syrian Observatory for Human Rights said. The base has been held by Islamist militants from the Ahrar al Sham faction since November.

Late on Sunday, the Observatory and Syrian state television also reported that the Syrian army had broken the siege of a military base outside Damascus. Some 200 Syrian government troops thought to have been trapped in a vehicle base in the eastern Ghouta area town of Harasta were reportedly freed. Rebels had surrounded the base.

Government forces backed up by Russian air power are in the midst of conducting an operation to gain a foothold in the southeast of Idlib province. It was the last province that remained completely beyond regime control.

Idlib province is a stronghold of rebels in Syria and is situated on the border with Turkey, one of the main supporters of rebellion against President Bashar al-Assad. The conflict has resulted in thousands of civilians being forced to flee toward the border with Turkey in freezing winter temperatures.

Government troops lost the air base to jihadists in 2015 after a two-year siege. The base could provide President Bashar al-Assad's forces with an important step towards reclaiming the Idlib province. The Syrian president's bid to reclaim the city has been bloody, however. Just on Sunday, at least 23 were killed and scores injured in an explosion targeting the minor rebel faction. The nature of the explosion was not immediately clear.

The aim of the government's operation is to secure a key road that links Syria's second city of Aleppo — recaptured by the government just over a year ago — to the capital Damascus, the Observatory said.

Regime forces had taken control of "some towns and villages in the southeast" of Idlib province, State news agency SANA reported on Saturday.

Assad's forces have captured about 60 towns and villages on the border between Idlib and neighboring Hama province since the start of the operation in October 2017.

More than 340,000 people have been killed in Syria and millions displaced since the conflict began in March 2011 with anti-government protests.

People returning to Aleppo despite destruction

The Turkish military has entered Syria's Idlib province to implement a "de-escalation" deal with Russia and Iran. The Kurds say they are the real target. (13.10.2017)

Turkey has said it sent troops into Idlib province to help establish a de-escalation zone in line with the Astana agreement. Syria has rejected that claim, saying the presence of Turkish troops was at odds with the deal. (14.10.2017)

The two leaders may back rival factions but they were showering each other with praise in Ankara. They agreed to work closely to implement the Idlib de-escalation zone, after the region was heavily bombed. (29.09.2017)