The Syrian army has made significant advances since breaking the siege of Deir el-Zour, said a top Russian general in Syria. The "Islamic State" has lost much of the territory it gained during its brutal 2014 campaign. 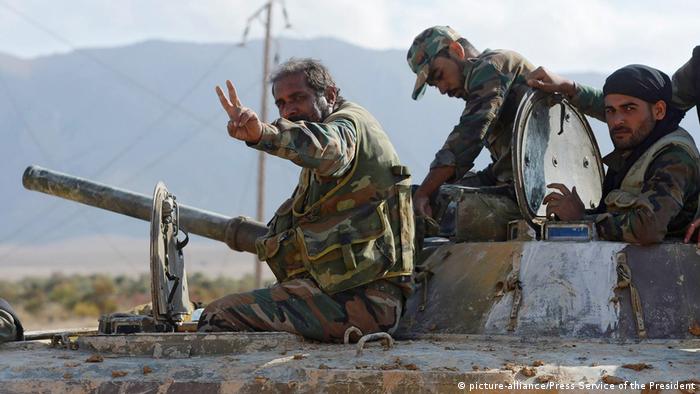 Lieutenant General Alexander Lapin, who heads Russia's military headquarters in Syria, said on Tuesday that 85 percent of the Middle Eastern country's territory had been cleared of militants and rebels.

Speaking from the Hemeimeem air base in the Syrian province of Latakia, Lapin said Syrian government troops made significant advances over the past month, bringing them closer to ending the "Islamic State" (IS) militant group's presence in the country.

Last week, the Syrian army broke a nearly three-year siege by IS on the government enclave of Deir el-Zour, with Syrian President Bashar al-Assad describing it as one of the "hardest battles" fought by the country's armed forces.

"At the moment the operation to liberate the city continues. The Syrian troops are completing the defeat of the ISIL group, which blocked Deir el-Zour's northern and southern neighborhoods," Lapin said, referring to the militant group by an alternative acronym.

Russian cruise missiles "have destroyed militant command posts and communication hubs, which made it possible to disrupt the management of ISIL units in this area."

In neighboring Iraq, Baghdad-led forces have managed to force IS out of its stronghold in Mosul, marking a major victory for the Middle Eastern nation. With the militant group losing much of the territory it gained in 2014 during a blitzkrieg campaign across the region, analysts have warned of new attacks elsewhere, including Europe.

Meanwhile, the US-backed Syrian Defense Forces, which comprise several Kurdish and Arab factions, have pushed into IS' de facto capital of Raqqa in Syria.

In September 2015, Russia launched an aerial campaign targeting the militant group, although analysts have viewed it as a ploy to bolster Assad's grip on power. 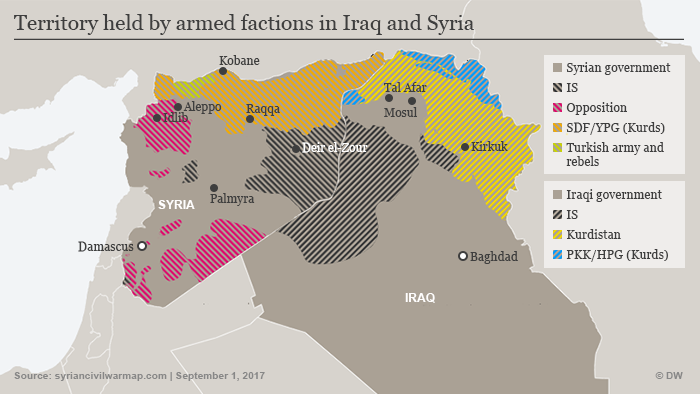 IS rose to international notoriety in 2014, when it captured large swathes of territory across Syria and Iraq.

More than 300,000 people have been killed and millions more displaced since 2011, when government forces launched a brutal crackdown on pro-democracy protesters calling for Assad to step down.

Since then, Syria has descended into a multifront conflict involving global powers, regional actors and militant groups, including the US, Iran and al-Qaida.