The Shiite Hezbollah movement, allied to the Syrian regime, has confirmed a six-month truce deal with Sunni rebels in three Syrian towns. The deal entails the transfer of thousands of civilians across the frontlines. 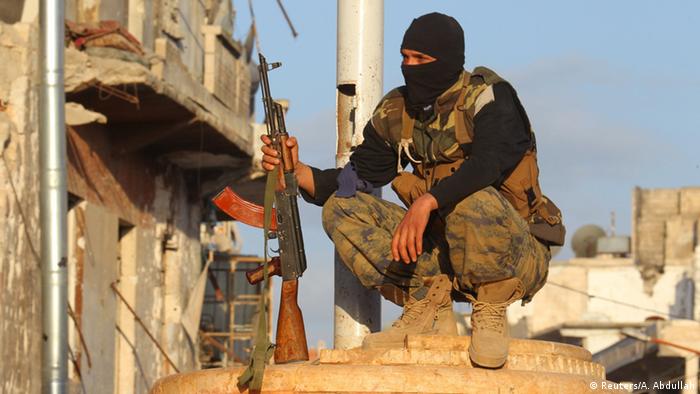 Iran played a key role as a mediator during the UN-backed talks, Hezbollah chief Hassan Nasrallah said on Friday.

Under the conditions of the deal, rebels besieged by government forces in the town of Zabadani would be given safe passage to other rebel-controlled areas.

In return, rebel leaders would allow "the evacuation of 10,000 civilians from the villages of Fuaa and Kafraya to zones controlled by the regime," Nasrallah told Hezbollah's Al-Manar television.

"There will be no more fighters in Zabadani," Nasrallah said on Friday.

Militant cleric Abdullah al-Muhaysini, who is linked to the rebel Nusra Front, said Sunni militants would leave Zabadani with their weapons.

Anti-regime forces had to accept the deal because of the "reality on the ground," the cleric said, adding that the rebels were low on ammunition after months of conflict.

Civilians in the Zabadani area were also free to go to the rebel-controlled Idlib province, if they so chose, Hezbollah commander Nasrallah said on Friday.

However, the truce conditions would not force people to relocate, he added.

No to 'demographic change'

Civilians from Fuaa and Kafraya are expected to be relocated by the Red Cross over the weekend, according to a source close to the talks, cited by the AFP news agency.

Thousands of Shiites would be settled in a government-controlled suburb of Damascus, the London-based Syrian Observatory for Human Rights also said.

Previously, regime critics have accused Syrian President Bashar Assad of trying to empty the territory of Sunnis by moving the population around.

The director of the monitoring group, Rami Abdurrahman, also criticized reports of a large-scale population transfer.

"We are for a ceasefire, but against any demographic change," he said.