Damascus has extended a ceasefire for 72 hours, marking the second of its kind since the end of Ramadan. The US' top diplomat is expected in Moscow as the international community pushes to revive stalled peace talks. 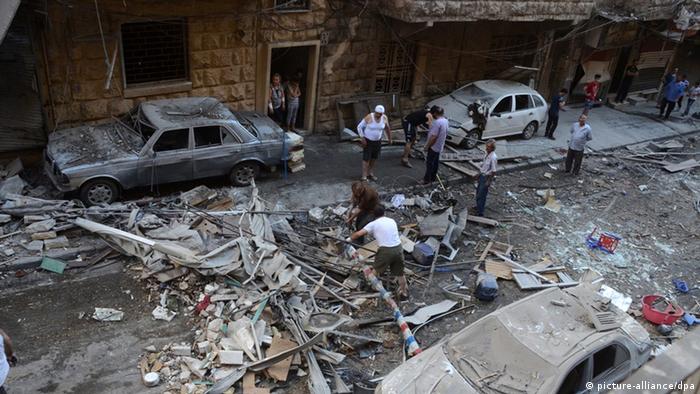 Syria's armed forces on Monday announced the extension of a nationwide ceasefire for an additional 72 hours, despite ongoing fighting in Aleppo, the country's economic powerhouse before the conflict.

Attacks on children in Syria have become "commonplace," the UN body said. It called for the parties to the conflict to protect children, reporting that at least 6 million of them were in dire need of assistance.

"A regime of calm will be extended for a period of 72 hours from one o'clock (local time) on July 12," the armed forces said in a statement.

The extension marks the second of its kind since Damascus announced the initial "cessation of hostilities" on Wednesday in respect of the Eid al-Fitr celebration, which marks the end of Ramadan. However, heavy fighting continued in Aleppo and other parts of Syria.

The UK-based Syrian Observatory for Human Rights (SOHR) reported that rebel groups on Monday fired at least 300 shells into government positions in the city, days after the Syrian army cut off a main supply route.

"All kinds of heavy artillery and machine-guns are being used in the assault, which is intended to ease the pressure" on other fronts, said Mahmoud Abu Malak, spokesman for the Nureddin al-Zanko rebel group.

"The opposition has not advanced because of the heavy aerial bombardment the regime is carrying out on the areas where fighting is underway," said SOHR chief Rami Abdel Rahman.

More than 280,000 people have been killed and millions more displaced since the conflict erupted in 2011, when government forces launched a violent crackdown on peaceful protesters calling on President Bashar al-Assad to step down.

Peace talks have effectively broken down between Damascus and the Saudi-backed High Negotiations Committee (HNC), the main opposition alliance in Syria, since a US-Russia brokered "cessation of hostilities" collapsed.

"There is a need to adopt a new strategy to push the peace process by adopting a tougher policy against the regime's violations against the Syrian people … before calling for a new round of negotiations," the HNC said in a statement.

"More than ever, the key is a possible deal between Russia and America, because they are the ones who … pulled off the miracle of the two-month truce," said de Mistura.

US State Secretary John Kerry is expected to visit Moscow this week to discuss the conflict with Russian officials.