When the EU introduced a directive five years ago aimed at reducing noise levels in the workplace, symphony orchestras were not covered by it. Starting next year, this will change. Will Beethoven never sound the same? 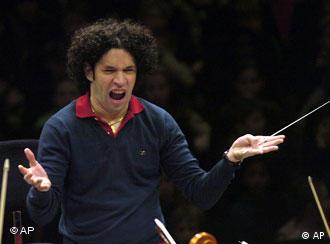 "It can't work in symphony orchestras," Libor Pesek, conductor of the Prague Symphony told AP news agency, referring to the EU noise directive. "How could you apply it to Gustav Mahler, for instance, or Richard Strauss?" 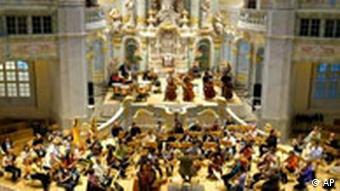 Orchestras may have to adjust to the new EU directive

The thrust of the EU noise directive is aimed at protecting workers who are constantly exposed to high noise levels in places like construction sites or factories.

But that is not to say that classical music doesn't have its victims. A rare African okapi from the Copenhagen Zoo dropped dead in 1994 after opera singers exercised their joy of loud singing during open-air rehearsals in a nearby park.

"Workplaces where workers are likely to be exposed to noise ... shall be marked with appropriate signs," an excerpt from the EU directive reads. "The areas in question shall also be delimited and access to them restricted."

That may prove difficult with a symphony orchestra where noise is not simply an unwilling production side effect, but very much an essential part of the product.

Considering that the maximum noise limit allowed by the EU is set at 85 decibels on an average work day, some fear that that the implementation of the noise directive could take all the fun out of fortissimos that decorate the music scores by Tchaikovsky, Stravinsky & Co. 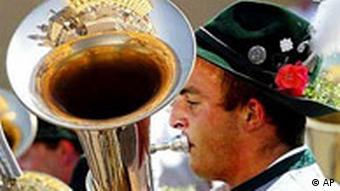 Some instruments are born more powerful than others

Trumpets are known to push out 110 decibels, tubas 110 and trombones 108 during peak moments of Wagner's operas. Even the violins -- the instruments whose sweet, mellifluous sound usually accompanies the long-awaited declaration of love in a Hollywood romantic comedy -- can get pretty loud, registering 109 decibels.

Which is why -- at least In terms of their decibel levels -- power drills sometimes sound like lullabies when compared to the force of a symphony orchestra.

Alison Reid Wright, a noise expert who has worked with British orchestras, told AP that large ensembles are already readjusting their programs to conform with the directive.

"They wouldn't take a large noisy piece to a small venue," she said. "And some orchestras have been trying to balance the noise by offsetting a very powerful piece by less powerful pieces."

Others, she said, might follow the example of an Australian opera orchestra, which decided a few years ago to use "one set of musicians for the first half and another set for the second half" to protect their hearing.

Exactly how the directive will be implemented remains to be see, but once it comes into force for the music and entertainment sectors on Feb. 15, 2008.

If a noise abatement directive had existed in the 19th century, perhaps Beethoven wouldn't have gone deaf. For modern-day musicians, however, the initiative may come too late.

Your Free Pass to the 2007 Beethovenfest

Deutsche Welle presents multimedia coverage of the Beethovenfest, including a selection of festival performances via podcast or audio-on-demand. (28.08.2007)

Amid a family feud over the running of the famous opera festival, Katharina Wagner's directorial debut at Bayreuth split the audience. Not everybody, it seems, enjoyed seeing Richard Wagner dancing in his underwear. (26.07.2007)

As the marketplace becomes more crowded, companies are looking at new ways to make their wares attractive to consumers. One aspect is the way a product sounds. It may be subtle, but it can spell commercial success. (08.01.2007)