Male Muslim students will not have to shake hands to greet female teachers, a northern Swiss school has decided. The decision has started a heated debate in the country. 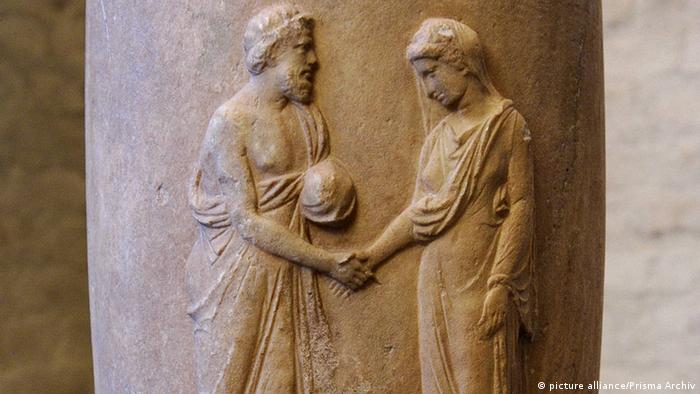 The school in Therwil in the northern canton of Basel reached the controversial decision after two male Muslim students 14 and 15 years old said that the tradition of shaking hands with women was against Islamic religion beliefs.

According to the two boys, Islam does not allow physical contact with a person of the opposite sex, except among immediate family members. Therwil's local council did not support the ruling, but said it would not intervene because it was the school's responsibility.

The decision could be overruled by the Basel canton's office, but the area's education head, Monica Gschwind said she believed the school's decision was "pragmatic" though "not a lasting solution."

The incident triggered a huge debate around the country, with Justice Minister Simonetta Sommaruga saying shaking hands was a part of Swiss culture. The head of the parliamentary committee on science Felix Mueri, described the custom as "a gesture of respect and good manners."

"We cannot tolerate that women in the public service are treated differently from men," Christoph Eymann, head of the Swiss Conference of Cantonal Ministers of Education, told AFP news agency.

Muslim organizations in Switzerland also contradicted each other. The Islamic Central Council of Switzerland said "classical [Islamic] jurisprudence and the vast majority of contemporary legal scholars … assume a clear prohibition of this contact form between the sexes."

However, the Federation of Islamic Organizations in Switzerland said handshakes between men and women were "theologically permissible" and should not be prohibited.

A local branch of the Alternative for Germany (AfD) party wants to ban all mosques, according to a leaked draft policy. The right-wing party is working on its official manifesto ahead of a party conference in April. (30.03.2016)

Charlie Hebdo's caricatures hit all world religions fearlessly. But why do Islamists condemn depictions of the Prophet so strongly? Why have monotheistic religions banned icons throughout history? (14.01.2015)