A group that draws attention to environmentally unsound transport has named its nominees in the 2019 "especially absurd shipping award." Among them was one firm exporting Alpine air to Asia. 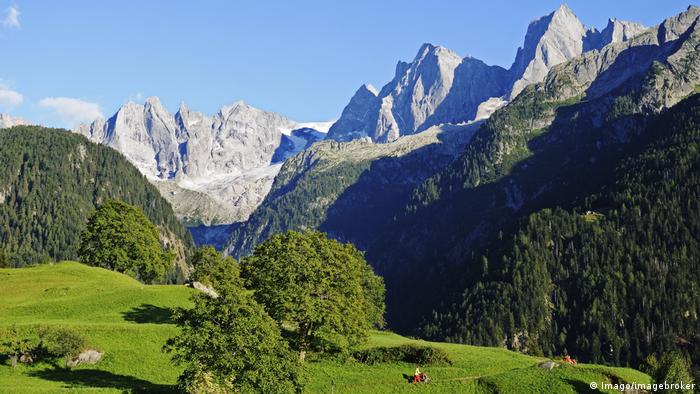 The Alps Initiative on Monday named three nominees for this year's Especially Absurd Shipping Award. The three products were named and shamed because they are deemed to use "environmentally unsound transport" to deliver them to their customers.

"A lot of attention is required to avoid products that do nothing to improve your life," Alps Initiative chief Jon Pult said in a statement.

The companies behind the nominees disagree that their products justify being shamed.

Migros media spokesman Tristan Cerf explained that more than 60 percent of the water offered in its supermarket comes from domestic sources. In addition, "transport has a minimal impact on the ecological balance sheet."

Aldi defended the claims by the Alps Initiative, saying that it makes an effort to optimize its logistics chain in order to keep transport times as short and its vehicles as full as possible.

Last year's absurd award was given to a real estate company, for facades made of German stones which were processed and assembled in China.

The cement and concrete industry is one of the most neglected in the fight against climate change. It's responsible for about 8% of global carbon dioxide emissions, more than double those from flying or shipping.