The holiday season on Mallorca is on its way. Families from around Europe are looking forward to seaside fun. But there are places where swimming is inadvisable. We find waste and discarded needles. 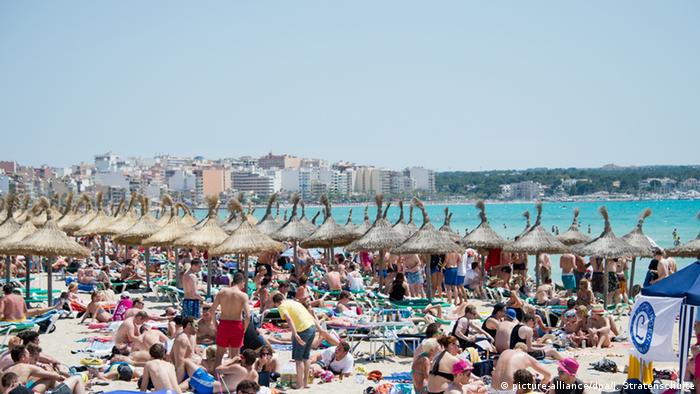 Mallorca is closely associated with white beaches, blue bays and summer swimming. That may hold true in many places, but around Palma, the island's capital, looks are deceptive – extremely so. Instead of unadulterated holiday enjoyment, under the surface here lurks murky wastewater containing fecal sludge.

"When it rains, the public utilities open the sluices and release untreated sewage straight into the sea," says Aina Barceló from Portixol, a popular subarb of Palma. "There are bans on that sort of thing in Europe. A private company or private individual would be held liable. Here it just happens." 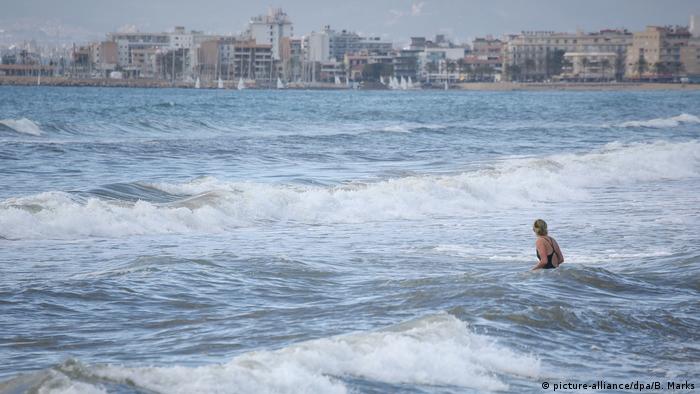 Feces in the sea: a problem that is largely invisible in contrast to waste

Barceló no longer lets her young daughter go into the water here. Instead she travels almost an hour to the beach at a nature reserve. "The water pollution isn't recognizable at first sight, and in the off-season nobody notices it. In the high season a red flag is raised, but very few beachgoers know why," continues the Mallorcan woman angrily.

However, the Balearic island's sewage treatment plants are outdated and overextended. They have long been unable to cope with the burden created by the population and massive numbers of tourists. Neus Truyol heads Palma's municipal water and sewage treatment company. She admits the city has a problem. 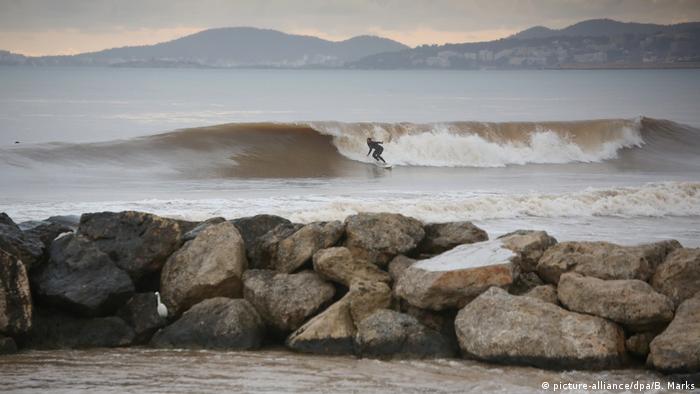 "Every time it rains, the sewage treatment plants are overstretched. They can't absorb all the rainwater, so it mixes with household wastewater," she explains, saying that the amount that does arrive at the treatment plant is so great that some of the sewage is released unfiltered into the sea.

Many blame the previous conservative regime, which they say did absolutely nothing for years. Early this year, the current left-wing coalition consisting of the Socialist Party PSOE and the local group Més per Mallorca at least managed to get the responsible environment ministry in Madrid to agree to the construction of a new sewage treatment plant. But that will take years – and is a mere drop in the bucket.

The fight against refuse 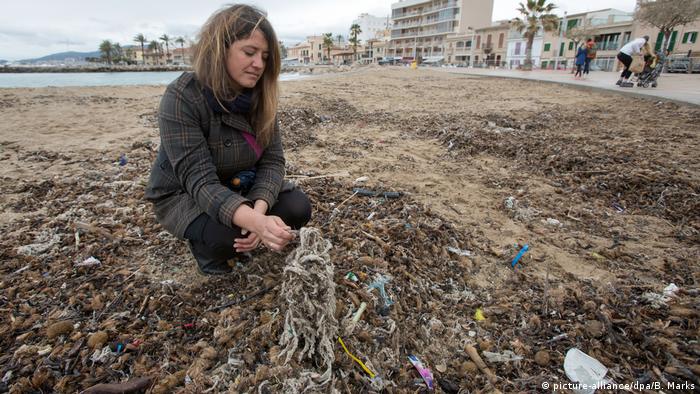 There were once times when the sea and beaches were still clean. Aina Barcelò grew up in Portixol and remembers waving meadows of sea grass, seahorses and sea urchins in the water. She has had enough of all the refuse and pollution, so she has linked up with conservationists in order to play an active role herself.

Her friend Alice Manson from the environmental organization "Ondine" wants to help and educate people. In school programs, she tries to raise children's awareness of the problem. In a clean-up project on a section of beach limited to 50 meters in El Arenal, the pupils found 722 microplastic particles and 700 larger pieces of plastic, as well as countless cigarette butts, cotton buds, bottles, bags, toys and discarded sanitary products. 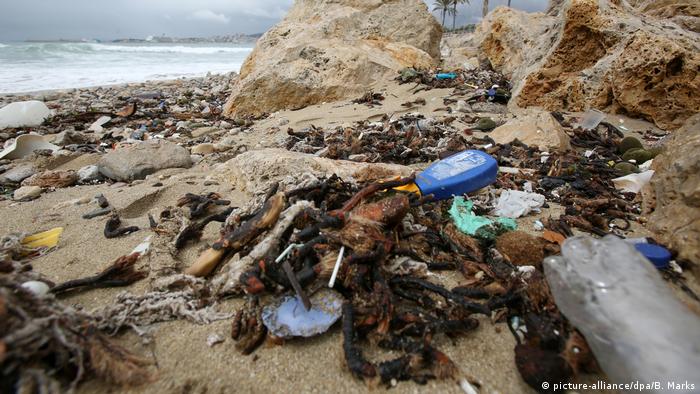 Neus Truyol argues that not all the refuse on Mallorca comes from Mallorca: "Much more is washed up from other countries." She says the waste comes from ships or from the north African coast, which can be seen from the Arabic writing on it.

The diving organization “Mallorca Blue” counters that she is shirking her responsibility with such assertions. It says a three-month field study has shown that the refuse comes mainly from Mallorca and is washed back onto the beaches by the sea.

A risk to the sea and humans 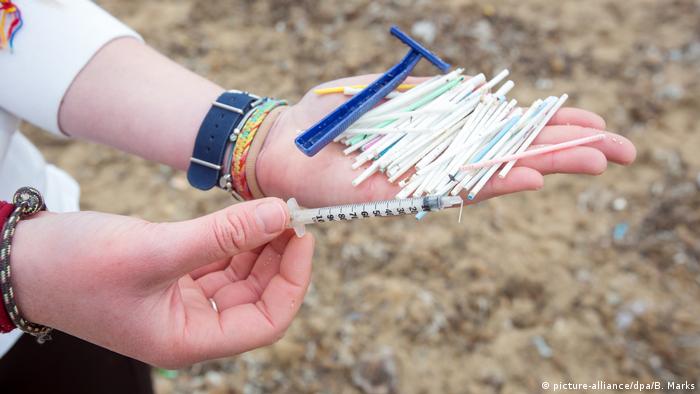 Environmental activist Alice Manson walks along the beach at Portixol looking downward.  Her eyes scan the piles of rubbish. Within a few minutes she has found two insulin syringes in the sand, one of them unsealed and with its needle bent upwards. "Anyone walking barefoot in the sand could have stepped on it," she says, shaking her head, and calls for both locals and tourists to take responsibility at long last. "It's not just the job of the sewage treatment system to filter out this refuse. More than anything, it's up to us to avoid creating it."