The international bank transfer company SWIFT has announced it will stop processing payments from more than two dozen Iranian banks, after the EU detailed tighter sanctions against Iran's nuclear program. 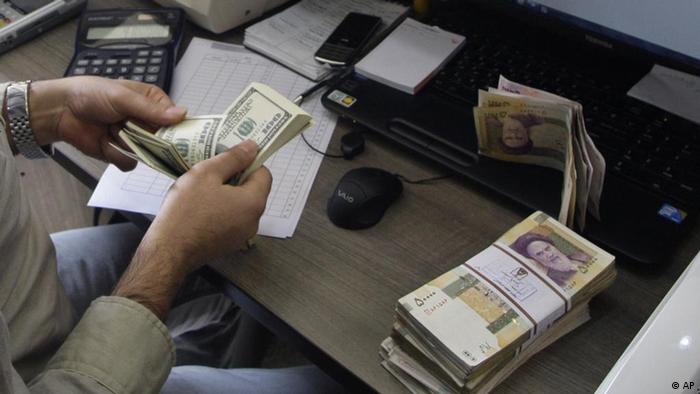 The world's largest electronic payment system said Thursday that it would cut off some 30 Iranian banks that have been targeted by European Union sanctions aimed at stopping Iran's nuclear program.

SWIFT, a Belgium-based company that processes bank transfers across national borders, said it would disconnect the Iranian banks on Saturday at 4 p.m. GMT as a "direct result" of EU sanctions.

"The EU decision forces SWIFT to take action," company chief Lazaro Campos said in a statement. "Disconnecting banks is an extraordinary and unprecedented step for SWIFT. It is a direct result of international and multilateral action to intensify financial sanctions against Iran." 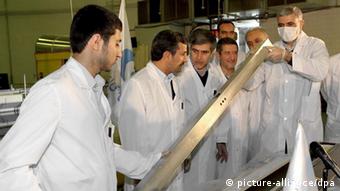 International sanctions are to pressure Iran to abandon its nuclear program

The company's decision further isolates Iran's finances and could hit its crude oil industry, which the EU already plans to embargo in July. It could also reach Iranian households that depend on remittances from relatives living abroad.

The European Union Council, comprising the individual governments of the bloc's 27 member states, released a statement on Thursday giving more details on the implementation of financial sanctions that had already been approved. It said member states "agreed that no specialized financial messaging shall be provided to those persons and entities subject to an asset freeze."

The United States has also tightened sanctions against the Islamic Republic, targeting entities that do business with the Iranian central bank. The White House said this week that it may sanction India for failing to reduce its purchases of Iranian oil.

Iran's uranium enrichment program is the subject of suspicions in the West that the country is seeking to build a nuclear bomb. Tehran says its nuclear program is for peaceful energy generation and medical treatment.