A shooting in a Swedish bar left at least two people dead and more than a dozen wounded. Police say two men burst into the crowded eatery in Goteborg and opened fire with automatic weapons. 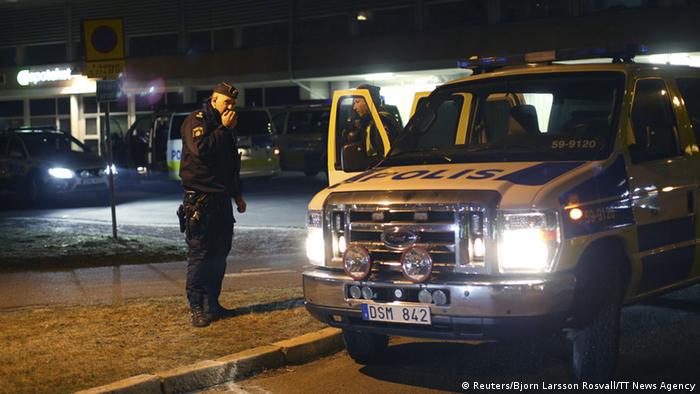 The deadly attack in Sweden's second city was likely the result of a gangland feud and motivated by tensions among criminal gangs in the neighborhood, police said.

"We don't believe it is a terrorist crime, but that it was a showdown between different rival gangs," police spokesman Bjor Blixer told the dpa news agency. "There is an ongoing turf war, a lot is related to drugs.”

Both Sweden and Denmark have armed biker gangs including Hells Angels, Bandidos as well as ethnic mafias who vie for control of the lucrative black market drug trade.

"We've had similar problems with shootings for several years but never of this magnitude," Blixer added.

"I didn't have time to think what was happening," a man who gave his names as "Rocky" told Swedish public broadcaster SVT. "Then I saw that my friend was bleeding. I tried to stop the flow of blood as well as I could with my hands."

As many as 15 people were hospitalized though none of the injuries was thought to be life threatening, police said.

No arrests have been made and police were still searching for a possible getaway car.

A man was shot and killed in an apartment in the same area last May; two others died in gang-related shootings in late 2013. And in January a man was wounded with a gunshot in the leg close to the Var Krog och Bar in the Biskopsgarden neighborhood.

"It's frightening," an unnamed resident told the Aftonbladet newspaper. "Things happen nearly every day here but this looks like something extra."