A week of nightly riots has left Sweden reeling. But many young Swedes are screaming for attention - and they believe they've been more successful than they would have been with peaceful alternatives. 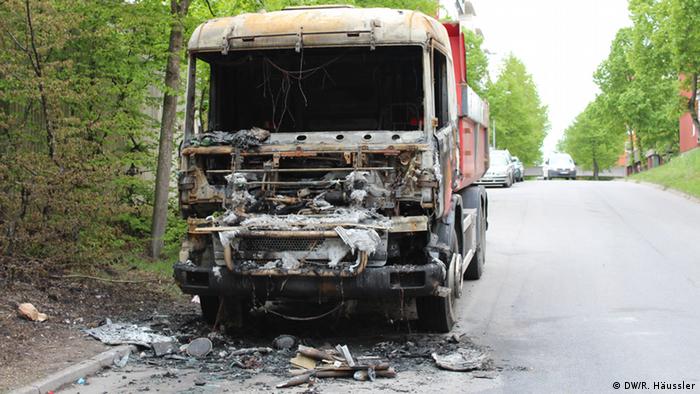 "What we should do, actually, is pick up a paintbrush and paint some real flowers in there," Quena Soruco says, pointing toward a life-sized figure painted on the wall.

The image shows the black outline of a young man, a mask on his face, his arm cocked back, ready to throw a bouquet of flowers. The rust-red bouquet could be interpreted as flames, Soruco adds. But then again, that's not really the kind of work her organization does. 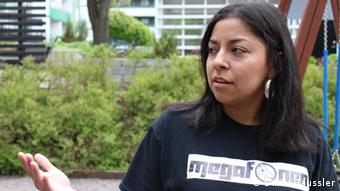 Soruco, who speaks Spanish as well as Swedish, belongs to the volunteer organization Megafonen ("The Megaphone"). She lives in Husby, a suburb 17 kilometers (10.5 miles) north of Stockholm where the first of many flames began to rise on May 20.

Husby is where the first cars were burned, and where Swedish police officers and fire fighters have had their helmets pelted with stones.

Megafonen's "headquarters" are a small bungalow wedged between two large blocks of apartment buildings. It's from here that Soruco and her group try to give voice to the concerns of youth throughout the area, to make them heard by politicians in Stockholm. Presentations and discussions with politicians and academics are a regular part of the group's program. Often, the discussions center on anti-Islam sentiment and racism, problems the adolescents of the group are working to improve.

Roughly 85 percent of Husby's residents have their roots abroad. Those who attend school here don't usually make it far. Only 30 to 40 percent of Husby's students make it to the country's senior-level schools. In Sweden most children go to the "gymnasium" schools which feed the country's universities. While Sweden's youth unemployment rate stands at 24 percent, in "problem areas" such as Husby that number is far higher. 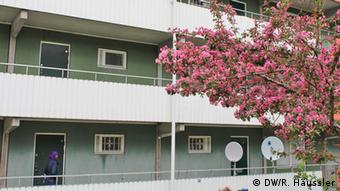 Sweden's liberal immigration policy includes many tools that make life easier for a new immigrant to Sweden, sociologist Jerzy Sarnecky told DW. It's easy to register for beginner Swedish language classes, which are widely dispersed throughout the country.

"But as for labor policies for new immigrants, our system doesn't work," he said. "And in modern societies, work is how you enter into a society."

Amongst Husby's youth, frustrations are high. But are the stones and fires of the recent riots a legitimate way of drawing attention to themselves?

"We denounce social injustice that leads to people here feeling they are suffering oppression," Soruco said. "The unrest we're seeing here is a reaction to this injustice. At Megafonen, though, we're trying to explain the causes. That's our way of contributing to the debate."

In a pedestrian zone just a few steps away from Megafonen's bungalow, tension can be felt in the air. A young man who preferred to remain anonymous told DW about his most recent encounter with the Swedish police.

"They're lumping everyone together," he said. "As soon as they see some young people in a group, they come and frisk everyone. They think we're all on drugs."

The aggression of the nightly riots is, for him, a necessary evil. People are definitely listening to young people now, he said. "Do you understand how people feel when no one's taking any notice of them?" 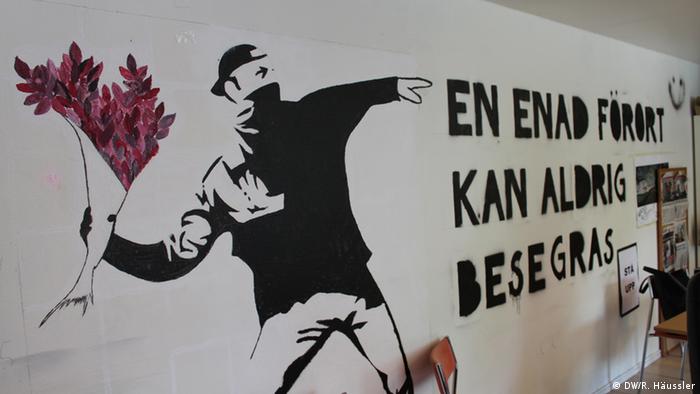 "A unified suburb can never be defeated," reads Megafonen's slogan

Back at Megafonen's headquarters, someone has ordered pizza and kebabs. But there's not much time to eat. Journalists from the Netherlands are waiting for an interview, and Soruco would like to use this short window of media attention to make the problems of Stockholm's suburbs very public.

"The work gives a lot back to me, since Husby's my home," she said. "And you take care of your home."

A week of violence in the Swedish capital indicates that not all is well in a country that prides itself on social equality. Immigrants claim they are unjustly treated. (26.05.2013)