At least five people were injured in a shooting in the city of Malmo, according to police. The authorities have ruled out terrorism as a motive for the incident. 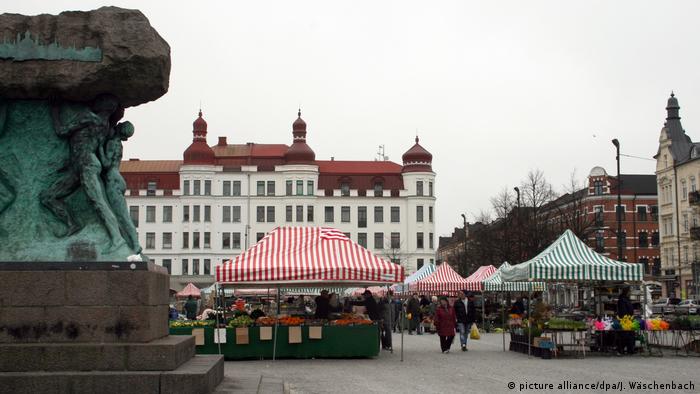 Two people were killed and four injured in a shooting in the southern Swedish city of Malmo on Monday evening.

The 18-year-old and 29-year-old died of their injuries shortly after they arrived at a local hospital, according to local media.

A police spokesman told the Svenska Dagbladet newspaper that the shooter could have fired from within a car on the group, which was standing outside an internet cafe in Malmo's downtown Drottninggatan area.

One witness told the Aftonbladet newspaper that he heard 15-20 shots near the internet cafe.

Police have urged the public to remain calm and established a perimeter in Drottninggatan. They said they had no information on who the shooter or shooters might be and had no reason to think the incident was terrorism-related.

"It is probably a shooting between criminals," police spokesman Fredrik Bratt said.

The Sydsvenskan newspaper reported that victims were known to police.