Sweden has won the ice hockey world championships for the 10th time with a 2-1 victory over 2016 champions Canada. Sunday's final in the German city of Cologne was settled by a penalty shootout. 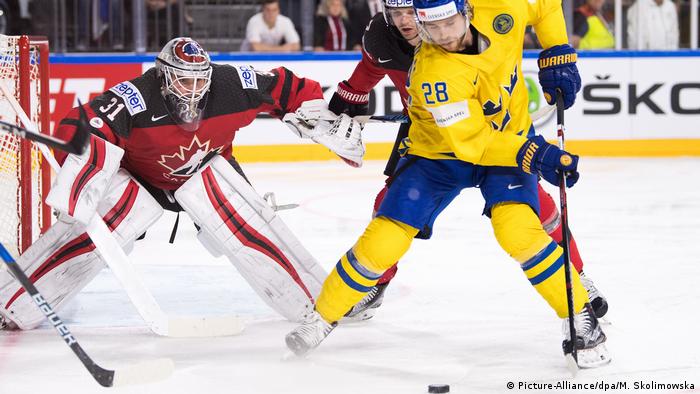 At the end of regulation, Sweden and Canada were tied 1-1. Ryan O'Reilly had equalized for Canada at the end of three periods, after Victor Hedman had put Sweden ahead.

There was no score in overtime and it was Sweden who held their nerve in the penalty shootout.

Both Nicklas Backstrom and Oliver Ekman Larsson nailed their penalties for Sweden, to the delight of their travelling fans in Cologne, with Backstorm hitting the winning shot.

Russia raced into a 4-0 lead in the bronze-medal match with Nikita Gusev scoring twice, and Vladimir Tkachyov and Bogdan Kiselevich scoring one apiece.

World champions Canada staged a sensational third period comeback to beat Russia 4-2 on Saturday. They will play Sweden for a third straight title in Sunday's final. (20.05.2017)

For Marco Sturm, Germany are very much a work in progress

Germany made it to the quarterfinals of the ice hockey world championship for a second straight year, which would usually be regarded as a success. However, for coach and GM Marco Sturm, much work remains to be done. (19.05.2017)