The Sahlgrenska University Hospital said four people were seriously wounded after an explosion in central Gothenburg. Police said there was reason to "believe something has exploded that is not of natural causes." 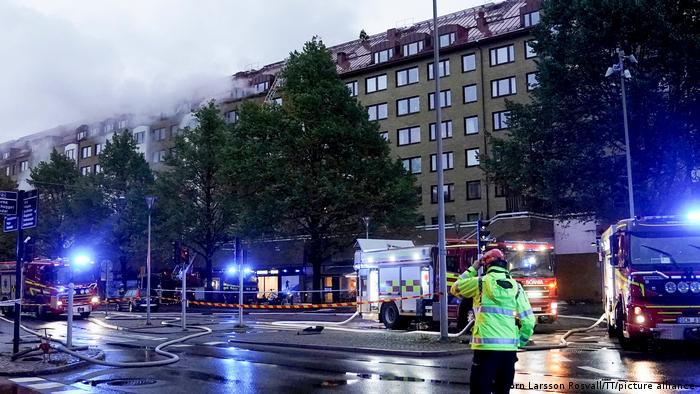 An explosion in an apartment building in Gothenburg, Sweden, injured up to 20 people early on Tuesday morning, according to Swedish media outlets.

The explosion occurred in the early hours, and rescue services are still working to put out fires that spread to several apartments, the Swedish news agency TT and public service radio SR reported. 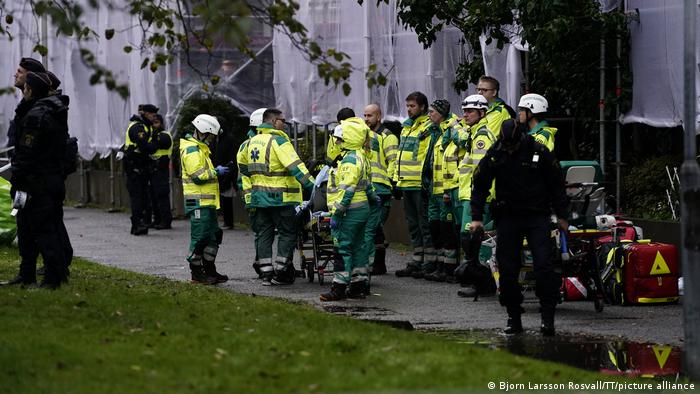 Prime Minister Stefan Lövfen said at a press conference, "Gothenburg should feel that it has the support of the whole country."

Police believe the blast was deliberate.

TT reported the explosion occurred just before 5 a.m. local time (0300 GMT) in the Annedal district in the center of Sweden's second-largest city.

Authorities said they had opened an investigation and that though the cause of the blast was not immediately clear, there was reason to "believe something has exploded that is not of natural causes," police spokesperson Thomas Fuxborg told a news conference.

A spokesperson for the Sahlgrenska University Hospital said three women and one man were seriously wounded among those hospitalized.

Emergency services said they were still working to evacuate people and extinguish fires.

"Several apartments and stairwells are affected. It is at present unclear what has caused the explosion," said a spokesperson for the emergency services in the wider Gothenburg area, before adding that several hundred people had been evacuated from the vicinity of the blast.