Namibia's ruling party SWAPO has been in power for 24 years and is widely tipped to win Friday's legislative and presidential elections. However support for the party at grassroots level is decreasing. 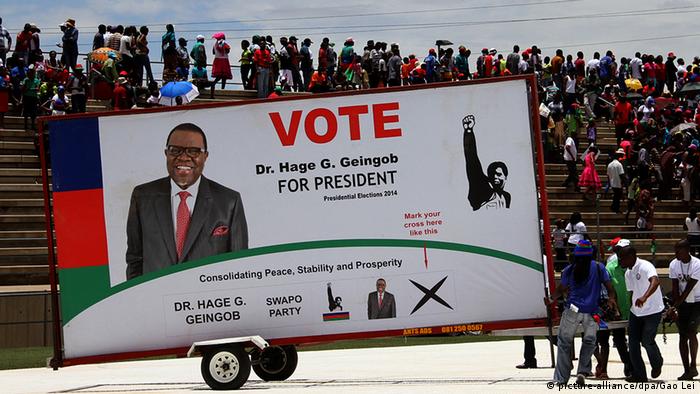 For Henning Melber, a German-Namibian political science professor at the University of Pretoria in South Africa, the parliamentary and presidential elections being held on Friday (28.11.2014) will bring no surprises. Melber has been following Namibian political developments for years. For him it is clear that the ruling party SWAPO (South West African People's Organisation) will win with an overwhelming majority and SWAPO's presidential candidate, current prime minister Hage Geingob (73), will prevail in the race against eight other rather weak candidates. The incumbent president Hifikepunye Pohamba, who has already served two terms, is barred by the current constitution from running again. Since independence, SWAPO has won every election with either a two-thirds majority or even 70 percent of the vote.

SWAPO has been in power for 24 years. The former liberation movement led the country to independence in 1990. That is why it still has such wide support among the country's 1.2 million eligible voters. "People vote for people who fought for independence out of loyalty," Job Shipululo Amupanda, spokesman for SWAPO's Youth League, said, describing his party's success. But Amupanda is not happy with this situation. "We have a very strong ruling party and a weak opposition. This makes democratic consolidation very difficult," he said. 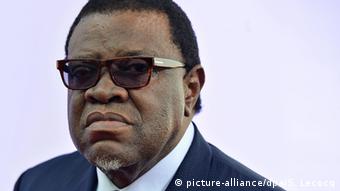 Recent surveys by Afrobarometer show that a majority of SWAPO supporters vote for the party out of loyalty and not because they agree with its policies. The unemployment rate which now stands at 27 percent and poverty are the main points of criticism for many Namibians.

Still, the party has given the country stability and also a degree of prosperity. International organizations such as Reporters Without Borders or the Mo Ibrahim Foundation have ranked the country high for freedom of expression and good governance. Under SWAPO, schools, roads and hospitals were built and the national power grid was constructed, Melber told DW. "People perceive SWAPO as the nation and the nation as SWAPO. It is extremely difficult for the opposition to compete against such a dominant party," he said. The few opposition parties which Namibia has are weak and fragmented, agrees Namibian political scientist Armas Shikongo. "The majority of them have not really managed to present themselves in a more serious way that they can really take on SWAPO," he said.

According to Melber, solidarity with government policies is not unlimited. "It's bubbling at the base. Social unrest is on the increase. Criticism within the party, particularly within the Youth League, of the abuse of power is also increasing." Land ownership has become campaign issue number one. Many Namibians, especially those living in urban areas, can hardly afford apartments and land. In the past few days, SWAPO Youth League spokesman Amupanda has vigorously criticized the government's land policy. "60 percent of all Namibians are young people. Our leadership is old. We are governed by old people who do not understand the problems of young people. They're just eager to enrich themselves," he said. 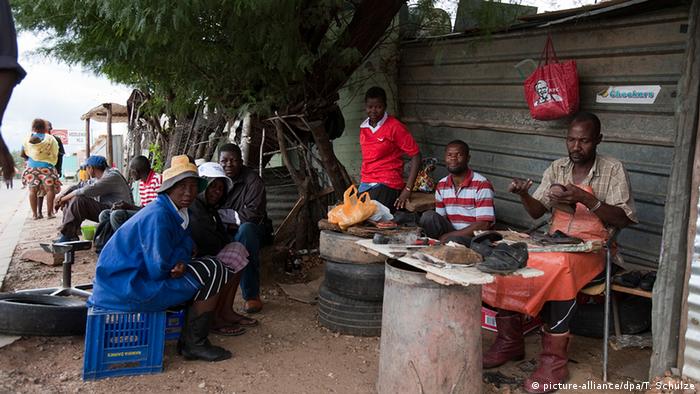 The next government's main priority should be to close the gap between rich and poor, analysts say

The main challenge for the next government will be to close "a huge gap between the haves and the have-nots" said Melber. "People are either very rich and very poor, there is nothing in between." This is happening despite the country's high income from diamond and uranium mining and tourism. "Namibia is often listed as one of the most unequal countries in the world," noted Graham Hopwood, director of the Institute for Public Policy Research (IPPR) in Windhoek, a leading independent think tank in Namibia. Nearly half of the young population is unemployed, Hopwood said. The next government's main priority should therefore be to provide well paid jobs. Although Namibia is regarded as a peaceful and stable country, these social and economic issues could undermine political stability and eventually lead to unrest, Hopwood warned.

Shortly before the elections, the country in southwest Africa has been presenting itself as a modern and voter-friendly country. Electronic voting machines have been installed for the first time in about 1,200 fixed and 2,700 mobile polling stations. They were imported from India and have some hitches. For example, they cannot provide a printout that could serve as evidence if the result is disputed. This has led to some opposition parties threatening to challenge the results, said Melber. In his view, the use of electronic voting machines is somewhat premature "and has generated mistrust among the population."

African, Caribbean and Pacific (ACP) states that have not ratified Economic Partnership Agreements (EPAs) with the EU will shortly lose their free EU market access. Namibia was one of the last to say it would sign up. (30.09.2014)

For the last 10 years European Union has been trying to hammer out a trade deal with the ACP - the African, Caribbean and Pacific group of states. (30.09.2014)

Surviving one of the world's harshest habitats

Extremely hot and dry, deserts are still home to several life forms. And, despite desertification threatening fertile land, dust and sand from the Sahara can help sustain life and supply nutrients to the faraway Amazon. (05.08.2014)

A politician whose father named him after the infamous German leader overwhelmingly won his race in Ompundja. He told Bild that his father "probably didn't understand what Adolf Hitler stood for" when naming him.