Sviatlana Tsikhanouskaya on IIHF decision: 'Justice has been served'

Opposition leader Sviatlana Tsikhanouskaya has welcomed the IIHF's decision to remove this year's World Ice Hockey Championship from Belarus. It's not yet clear where the games earmarked for Minsk will be played. 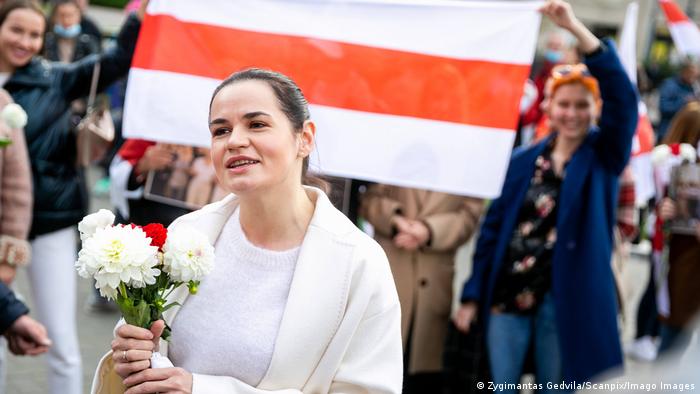 "Justice has been served. The whole international community must understand this," Belarusian opposition leader Sviatlana Tsikhanouskaya told DW in an exclusive interview late on Tuesday.

"Of course, some say that sports and politics are two different things. But when ice is bloody, it's not about sports any longer," she added.

Tsikhanouskaya was referring to the violent crackdown on demonstrators in Belarus that has been ongoing ever since Lukashenko claimed a landslide victory in the disputed presidential election last August. Fearing for her safety, Tsikhanouskaya, an opposition candidate in that election, subsequently fled to Lithuania, from where she spoke to DW.

After months of lobbying against the plan for Belarus to co-host this year's World Championships Tsikhanouskaya and the rest of the country's opposition and human rights organizations had achieved their common goal on Monday evening, when the International Ice Hockey Federation announced that it was moving Minsk's portion of the tournament.

Clearer victory than hoped for

Tsikhanouskaya sees the reason given for the IIHF's decision, "safety and security issues," as an even clearer victory than they had hoped for.

"The IIHF said the decision to move the championship from Belarus had been made due to safety issues," she said. "We expected that it would be worse and that they would say it's due to COVID-19." 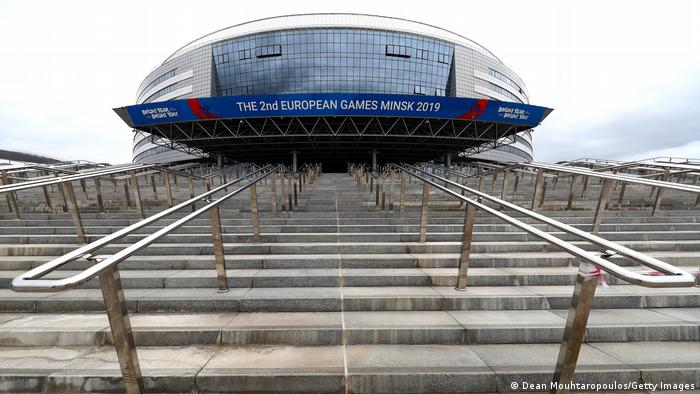 In fact, there had been speculation in the weeks leading up to the decision, that the IIHF could try to use the pandemic as an excuse in an effort to comply with its official position of being non-political. To the federation's credit, in its statement announcing the decision, it cited "both the rising political unrest and COVID-19" in Belarus.

Ales Bialatski of the Viasna Human Rights Centre, a co-winner of the 2020 Right Livelihood Award, widely known as the "Alternative Nobel Prize," struck a similar note to Tsikhanouskaya, telling a virtual press conference on Tuesday that "justice has been served."

Responding to a DW query, Bialatski played down the suggestion that it had mainly been a threat by the World Championship's biggest sponsor, Skoda, to pull out if the tournament remained in Belarus that forced the IIHF's hand. 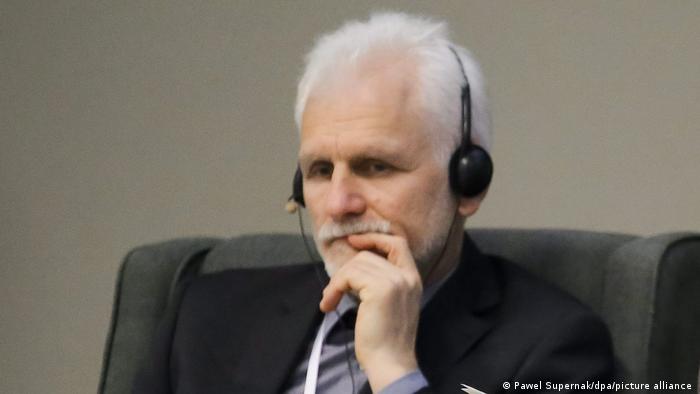 "The threats by the sponsors of the championship to pull out were probably the last straw in a series of critical voices against the tournament," he said. "The Viasna Human Rights Centre wrote a lot about it and we wrote directly to Fasel. Unfortunately, he didn't respond to us."

At the same time, he congratulated Skoda and Liqui Moly, another sponsor that had threatened to pull out, for taking the stand they did last weekend.

"It's very important that the corporations reacted in the way they did, and I very much hope that this example of business taking human rights into account will be followed by other corporations planning to work with Belarus in the future."

A precedent for other sports?

This was only the second time that an Ice Hockey World Championship has been moved. The first was in 1968, when hosts Czechoslovakia were forced to pull out following the Soviet invasion.

So given that Monday's decision was an unprecedented move for the IIHF, some are now wondering whether this could set a precedent for other international sports federations when choosing the host countries of future major sporting events.

Bialatski, who described the IIHF's decision as "a very serious signal to the Belarusian authorities that the situation is really extreme," said he believed it would force other sports federations to at least "take human rights into account" when deciding on granting hosting rights for sporting events.

His theory could be put to the test soon.  The 2021 Pentathlon and Laser Run World Championships is scheduled to be hosted by Belarus in June, and while it is a much lower-profile tournament than the ice hockey worlds, the World Association of Modern Pentathletes (UIPM), too, is feeling the heat.

"The political pressure is there, no question," UIPM President Klaus Schormann told the SID news agency. "But we are not driven by it, we want to make a right decision after considering all the arguments."

As was the case with the IIHF, it will be the member national federations who will have the final word.

'One of the last romantics in sports'

For his part, IIHF President Rene Fasel has said that he's "relieved" that the decision had finally been taken.

In an interview with the Swiss daily "Le Matin," Fasel said that he was also sad because last week's "bridge-building" talks with Lukashenko in Minsk had failed to bring about any change in the president's position.

"I might be one of the last romantics in sports, but I believed in it," he said.

Fasel, though, won't have long to catch his breath, as the IIHF now has to figure out what to do with the half of the World Championship schedule that was to have been played in Minsk. Possible solutions that have been mentioned include moving those games to Denmark, who last hosted the tournament in 2018, or Slovakia, which hosted the last Worlds to actually be played in 2019 — Switzerland had been set to host last year's Championship before the coronavirus forced its cancellation.

A further possibility would be for Riga to host the entire tournament, as it did in 2006, and on Wednesday, Lithuania's minister responsible for sport raised the possibility of her country hosting games.