A Hungarian court has ordered four men arrested over the deaths of 71 migrants found in a truck in Austria to be remanded in custody until September 29. Police believe the suspects are part of a people-smuggling gang. 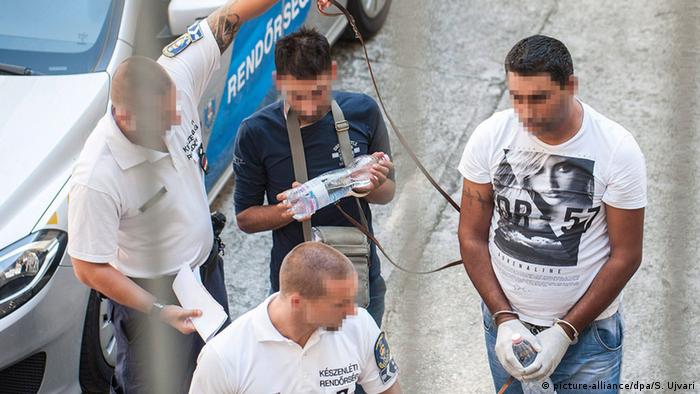 The four handcuffed defendants appeared in court for a closed-door hearing in the central Hungarian town of Kecskemet on Saturday, facing prison terms from two to 16 years each on charges of torture and targeting financial gain.

Prosecutors said they wanted the group remanded in custody due to the "exceptional nature of the crime, the subsequent deaths of the smuggled persons and the perpetration of the criminal act of people-smuggling in a businesslike manner."

The head judge, Ferenc Bicskei, said the suspects would remain in detention until September 29, or until they were indicted. He said the defendants had appealed the court decision, saying they had not committed any crimes.

Austrian police discovered a truck packed with 71 migrant corpses on the side of a major highway connecting Budapest to Vienna on Thursday. They said they had noticed blood dripping from the vehicle and "the smell of dead bodies." Soon afterwards, the suspects - three Bulgarians and one Afghan - were detained in Hungary.

Austrian officials say one of the men registered the truck in his name, while two of the others allegedly took turns driving it from Hungary into Austria. Police believe they are low-ranking members of a smuggling ring arranging for refugees to travel to Europe, often in exchange for exorbitant fees.

An Austrian government official specializing in human trafficking told the "Kurier" newspaper that the victims inside the truck would likely have paid the smugglers an estimated 700,000 euros ($785,000) to take the journey.

Among the dead were 59 men, eight women and four children. Autopsies on their bodies were being carried out at the coroner's office in Vienna on Saturday. The identification process using fingerprints, teeth and DNA analysis is expected to take several days.

Johann Fuchs, the public prosecutor in the Austrian state of Burgenland, where the truck was discovered, said he would likely seek to have the suspects extradited to Austria, where they could be charged with murder. If the autopsies indicate that the refugees were already dead by the time they entered Austria, however, Hungarian law enforcement may take on most of the responsibility for the case. 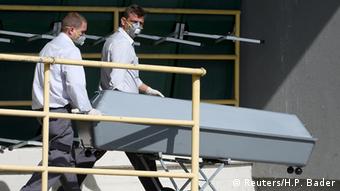 The bodies have been taken to Vienna for examination

The grisly find in Austria has prompted an outcry from the international community, with growing calls for efforts to tackle the refugee crisis. The United Nations estimates that around 300,000 people have fled conflict and hardship in the Middle East and Africa for Europe so far this year. More than 2,500 of them have died in the attempt, mainly in the Mediterranean Sea. Thursday's deaths show the popular land route through the western Balkans to European Union-member Hungary can also be dangerous.

UN chief Ban Ki-moon said Friday he was "horrified and heartbroken," and called for a "determined collective political response" to the tragedy.

"I appeal to all governments involved to provide comprehensive responses, expand safe and legal channels of migration and act with humanity, compassion and in accordance with their international obligations," he said.

The head of Amnesty International in Austria, Heinz Patzelt, also issued a plea for a new approach.

"If the stink from our car parks gets stronger perhaps we will finally understand, not just in Austria... that it is time to create safe routes to Europe, fast registration and a swift and a fair sharing out (of migrants)," Patzelt said.

The death of 71 migrants in the back of an abandoned truck in Austria highlights Europe's failure to deal with the expanding refugee crisis. That these people died while traveling inside the EU is extra troubling. (28.08.2015)