The brutal killing of a pregnant Angora goat comes weeks after a pregnant sheep was found hacked to death in the bushes. Two men have been arrested. 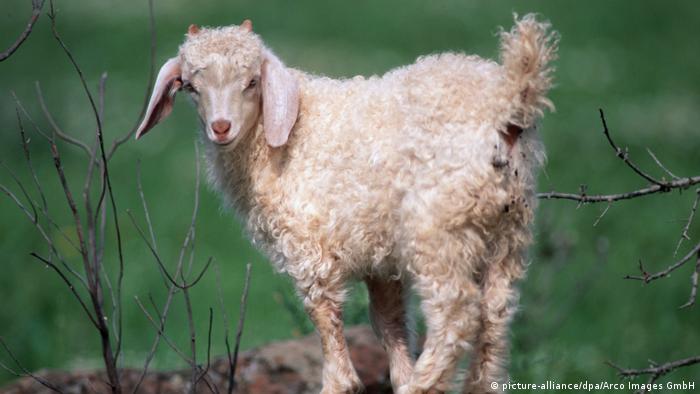 Two suspects have been taken into custody for stealing and hacking to death a pregnant goat at a petting zoo, authorities in Berlin said Monday, in what may be part of a larger killing spree.

Police arrested two Romanian men on Sunday as they fled over the fence of the Haseheide petting zoo, normally a serene place for parents to take their children to look at cute animals and go on pony rides.

One of the men was found with a knife with traces of blood. Not far away police found a backpack with animal legs and blood-smeared gloves, Berlin Morgen Post reported.

A curly-white haired Angora goat named Lilly was reportedly found with its throat slit and body parts separated, in a brutal act that resembled a recent similar incident.

Police are unsure if Sunday's crime was related to one three weeks ago, when a pregnant sheep named Rose was found slaughtered in nearby bushes.

In that incident, Rose and another sheep were reportedly thrown over a 2.3 meter (7.5 foot) fence.

A zookeeper found Rose's mutilated body after caring for the second sheep, Emma, which had her legs broken.

Tragically, the Angora goat Lilly was pregnant and had been moved into the same enclosure as the wounded sheep Emma to keep her company.

"Lilly was expecting three baby goats in three weeks," said Ursula Laumann, a spokesperson for the Union of Social Institutions, which runs the petting zoo. "Lilly was placed with the injured Emma as company only three weeks ago."

Authorities are not sure of a motive or whether Lilly the goat was targeted because she resembled a sheep.

The two men have been charged with illegal butchery and theft with a weapon.

They remain in custody.
DW's editors send out a selection of the day's hard news and quality feature journalism. You can sign up to receive it directly here.

Dutch 'butcher' Jaap Korteweg is on a mission to compete with industrial meat production. No animals are harmed in the making of his products. (04.08.2017)

Downward-looking dog meets grazing goat? An animal trainer and a yoga teacher have combined the two by rolling out their mats between goats. It’s called “goat yoga.” (11.05.2017)

Stuttgart's Wilhelma Zoo is using surplus pine trees to feed its elephants and other herbivores after Christmas. The trees are "not much of a treat," but breaking them down is fun for the elephants, officials say. (04.01.2018)