Twin suicide blasts have killed at least 13 people at a bar in a border town between Cameroon and Chad. The bombers dressed in women's burqas and struck as locals were breaking the Ramadan fast. 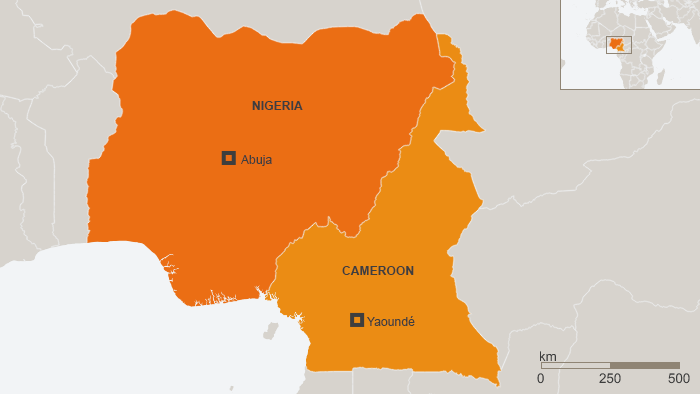 At least 13 people have been killed in twin suicide attacks by suspected Boko Haram militants on Cameroon's border with Chad.

Cameroon President Paul Biya said in a statement that 10 civilians, a Chadian soldier and the two assailants were killed in the blast at a bar in the town of Fotokol late on Sunday.

Seven soldiers, four from Chad and three from Cameroon, were among 17 people wounded in the attack.

A military officer described how the first explosion went off inside the bar as people were breaking the Ramadan fast. The second went off as soldiers from a nearby special forces camp approached the bar.

Boko Haram has stepped up attacks recently in the four neighboring countries of Nigeria, Cameroon, Chad and Niger after capturing large areas of northern Nigeria over the past six years in an attempt to create a hard-line Islamic state.

Together with Benin, the four countries have launched a joint military operation to fight the uprising. Cameroonian and Chadian troops are deployed in Fotokol as part of the offensive.

A similar attack took place on Saturday about 60 kilometers (40 miles) away in Chad's capital, N'Djamena, where a man dressed in a burqa blew himself up, killing 15 people.