Suspected al-Qaeda recruiters go on trial in Germany | Germany | News and in-depth reporting from Berlin and beyond | DW | 25.01.2012

A German and an Austrian went on trial in Berlin on Wednesday charged with recruiting Islamist militants and releasing a propaganda video threatening attacks. 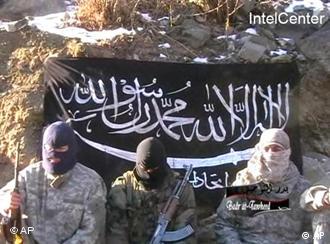 German Yusuf Ocak and Austrian Maqsood Lodin were arrested last year and charged with membership in a terrorist organization. Prosecutors say both underwent terrorist training in the lawless frontier region of Pakistan.

Ocak is accused of traveling to the border region between Afghanistan and Pakistan in May of 2009 to take part in armed combat against NATO forces. He is also charged with helping to found a group called the German Taliban Mujahideen, which in one Internet video threatened Germany over its troop deployment in Afghanistan. 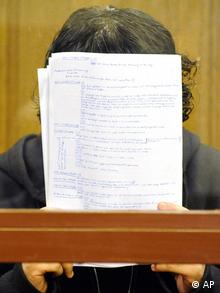 In the video, which they described as "chilling," prosecutors said the two men threatened German Chancellor Angela Merkel, who was campaigning for re-election, that Germany would face "a rude awakening" if she failed to pull Berlin's troops out of Afghanistan. There were suggestive shots of the Brandenburg Gate in Berlin, bank buildings in Frankfurt and Oktoberfest in Munich.

Through a voice analysis of the video, investigators were led to Ocak, who was then extradited to Germany from Austria in June of last year.

Prosecutors say that Ocak met Lodin in 2010 in Pakistan. They allegedly returned to Europe in January 2011 and together tried to drum up recruits and funding in Germany for al Qaeda on the orders of the militant network.

Both defendants on Wednesday declined to address the allegations against them in court. If they are found guilty, they face up to 10 years in prison. A ruling is expected sometime in June.

Ongoing anti-government protests, attacks by Islamic extremists and desires in the south to break from the north, have fueled concerns that Yemen could become another Somalia. (05.01.2012)

Top security officials from Algeria and Mali have been meeting in Bamako to coordinate their anti-terrorism efforts. DW talked to a security analyst about the threat posed by Al Qaeda in the Islamic Maghreb (AQIM). (22.12.2011)

Heavily armed German police have arrested a German Islamist who is alleged to have kept an al-Qaeda cell in operation, even after its three main operatives were caught. (08.12.2011)