French authorities have shot and detained a man suspected of slamming his car into a group of soldiers in a Paris suburb, injuring six. The suspect was driving the same car he is thought to have used in the attack.

French police shot and arrested the suspect in the morning's attack on a group of soldiers after a dramatic chase on the A16 motorway, north of Paris.

Some 300 police tracked down the car sought in connection with the attack, which left six people injured. The vehicle was reportedly riddled with bullet holes on the site of the arrest.

The suspect, a 36-year-old Algerian man, was hospitalized after being shot five times by officers. Officials were yet to provide details on his condition.

According to the Reuters news agency, citing unnamed judicial sources, the suspect was unarmed when he was arrested. However, one officer was injured by a stray bullet as police opened fire. 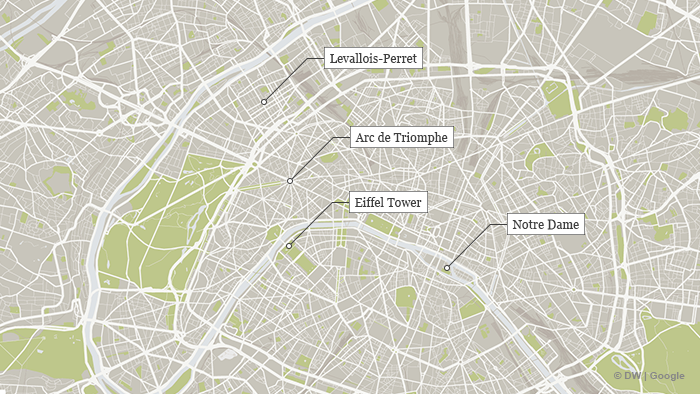 French President Emmanuel Macron applauded the security forces on Twitter for detaining the suspect, adding: "Vigilance remains a duty at all times."

The vehicle, a dark BMW car, hit the soldiers at Place de Verdun in Levallois-Perret at the northwestern edge of Paris on Wednesday at about 8:00 a.m. local time (0600 UTC).

The mayor of Levallois-Perret, Patrick Balkany, told French television network BFMTV that the act was "odious" and "without a doubt deliberate." He also said the car appeared to have waited in a nearby alleyway until the soldiers emerged from their barracks to start their patrol.

"The vehicle did not stop. It hurtled at them ... it accelerated rapidly," he told the TV station. 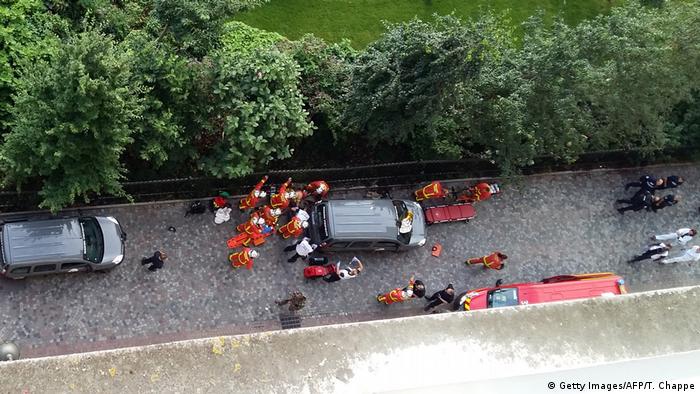 The attacker apparently targeted members of the Sentinelle security force, which was created after Islamist attacks in 2015. Six soldiers were injured in the hit-and-run, three of them seriously. The French Defense Ministry said their lives were not in danger.

Prosecutors launched a probe into "attempted killings... in relation to a terrorist undertaking."

French Prime Minister Edouard Philippe said that, despite the high threat of terror attacks in France, the government would stick to its plan of lifting the state of emergency, imposed following the deadly extremist attacks in Paris in November 2015 and now in its 21st month. President Emmanuel Macron intends to introduce a new bill permanently enshrining counterterrorism measures, which he claims will sufficiently replace the state of emergency.