Survey: Majority of Afghans optimistic about future | Asia| An in-depth look at news from across the continent | DW | 05.12.2013

A year before the scheduled drawdown of NATO forces, a majority of Afghans say their country is moving in the right direction, despite high concerns about insecurity, corruption and unemployment, according to a survey. 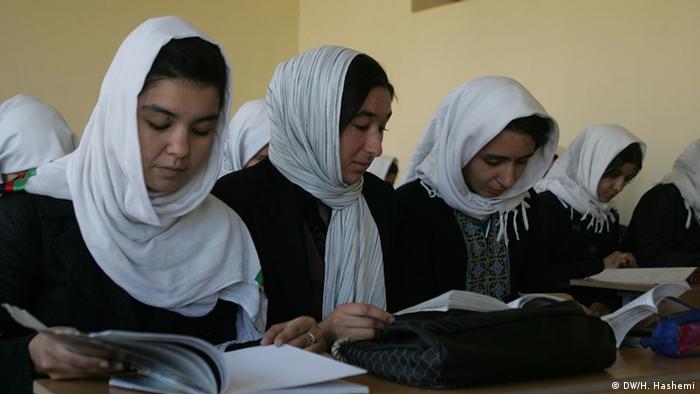 With a presidential election approaching and ISAF troops preparing to leave the country by the end of 2014, Afghanistan is in the midst of a transition. Doubts remain whether the government in Kabul will be able to ensure security across the war-torn country, as armed opposition groups have stepped up their attacks.

However, a majority of Afghans seems to remain optimistic: More than half of them (57 percent) say that the country is moving in the right direction, the highest number in more than half a decade, according to a nationwide survey released on Thursday, December 5, by The Asia Foundation, an international development non-profit organization.

The report titled "Afghanistan in 2013: A Survey of the Afghan People" cites reconstruction efforts, better access to education for both men and women, as well as the active presence of Afghan security forces as some of the main reasons for the optimism. 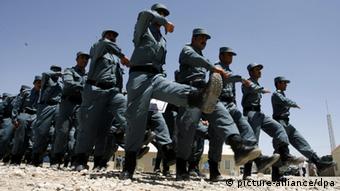 The opinion poll, in which more than 9,000 Afghans were surveyed, also found that people's satisfaction with the national government’s performance has been gradually rising over the past five years, with three quarters of respondents currently giving Kabul a positive assessment.

"While the survey reveals a strong sense of unease and fear, Afghans are hopeful about the outcome of the upcoming election and the government’s reconciliation efforts to stabilize the country," Abdullah Ahmadzai, The Asia Foundation's deputy representative in Afghanistan, told DW.

The deteriorating security situation in Afghanistan poses a challenge for any researcher in terms of getting access to people living in the most dangerous parts of the country. The Asia Foundation has acknowledged such difficulties, pointing out that "while sampling points are randomly identified, opinions on key trends may differ significantly between safe and unsafe districts."

This is an aspect which has been repeatedly criticized by South Asian experts such as Sarah Chayes at the Carnegie Endowment for International Peace, who argues that "these methodological flaws are such that the survey cannot be taken as an accurate gauge of Afghan sentiments, since the sample populations, especially their locations, change from year to year."

The foundation has stated, however, that this year's survey included measures aimed at increasing data reliability, such as conducting more than 800 so-called intercept interviews, a technique where respondents from insecure districts are "intercepted" while shopping or traveling in more safer ones.

According to the poll results, Afghans expressed high levels of satisfaction with several basic services in their community, including education for children, drinking water, and the availability of clinics and hospitals. People also seem to recognize Kabul's reconciliation efforts with armed groups such as the Taliban.

Most of those surveyed (63 percent) say the government's efforts can stabilize the country. Moreover, around 75 percent of respondents state that their household economic situation is better now than during the Taliban rule.

Michael Kugelman, a South Asia expert at the Washington-based Woodrow Wilson International Center for Scholars, explains that with the news media's focus on all the bad news in Afghanistan, it's easy to forget that many quality of life issues have improved in recent years, especially in Kabul and in the northern and western parts of the country.

"Security problems have diminished to some extent, allowing for more mobility and freedom, as well as more commerce and economic activity. This translates to more secure livelihoods and satisfaction," Kugelman said. In fact, the survey shows that most Afghans (88 percent) have confidence in their military and slightly fewer (77 percent) in the police. Also, the condition of women has improved, and many girls, barred from school during the Taliban era, are now getting an education.

But the situation in the South Asian nation remains volatile, especially in the south and east, where Taliban influence remains strong. According to the poll, Afghans continue to be worried about corruption and unemployment, but their main concern remains insecurity, with 59 percent of respondents saying they fear for their safety, up from 48 percent in 2012.

In the first six months of 2013, the United Nations registered a 23 percent increase in the number of conflict-related civilian deaths. The fighting has also led to almost 600,000 internally displaced people, a 21 percent increase since January and more than four times the number in 2006, according to the UN refugee agency UNHCR. 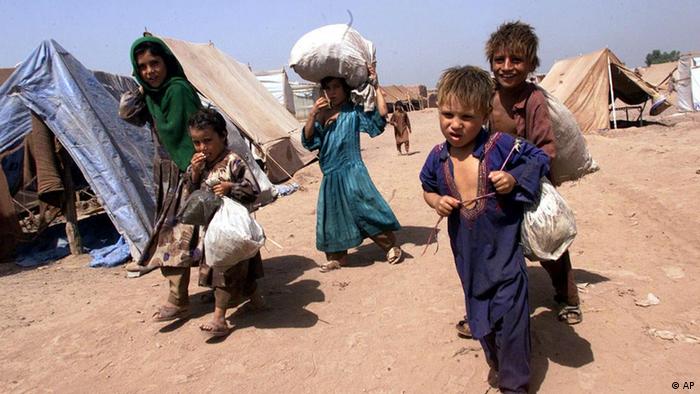 The conflict in Afghanistan has led to almost 600,000 internally displaced people, according to the UN

Moreover, the survey results indicate that public confidence in a wide range of officials - especially on a regional and local level - and institutions has dropped to an eight year low, as corruption remains rampant at all levels of the state apparatus. For instance, only half of Afghans said they are confident that perpetrators of violence or crime will be brought to justice. Afghanistan ranks third from last in Transparency International's corruption perception index.

Furthermore, it is still unclear whether Karzai will sign a bilateral security agreement with Washington by the end of the year. The proposed deal is intended to shape the American military presence in the country beyond 2014. If the president fails to sign, it's quite likely there will be a full withdrawal. "Washington has lost much of its patience, and is much more serious about the "zero option" than many - including Karzai - seem to believe. If the US removes all its troops, its NATO allies will most certainly do the same," said Kugelman.

Against this backdrop, the country is set to hold presidential elections in April next year. Analysts believe the vote will be crucial if the next government is to be perceived as legitimate by all Afghans and the reconciliation process with the Taliban is to succeed. 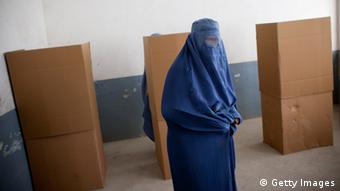 However, the survey reveals Afghans’ mixed feelings ahead of the poll. Although a majority of them (61 percent) say they believe elections in their country are generally free and fair, and more than half say that the upcoming presidential vote has the potential to improve their lives. A vast majority of those interviewed expressed fear about voting in a national election due to security concerns.

"One could argue that one reason the Taliban insurgency is so strong is that the current weak and corrupt government has been unable to convince the Afghan masses that the Kabul government is a better alternative to the Taliban," said Kugelman.

With the chances of an intensification of the insurgency in 2014, it will be more important for the Afghan government to convince its people that it's a better alternative to the Taliban. "This will require a new leadership that tackles corruption, practices fair justice, expands basic services, addresses unemployment, and puts the Taliban on the defensive," Kugelman added.