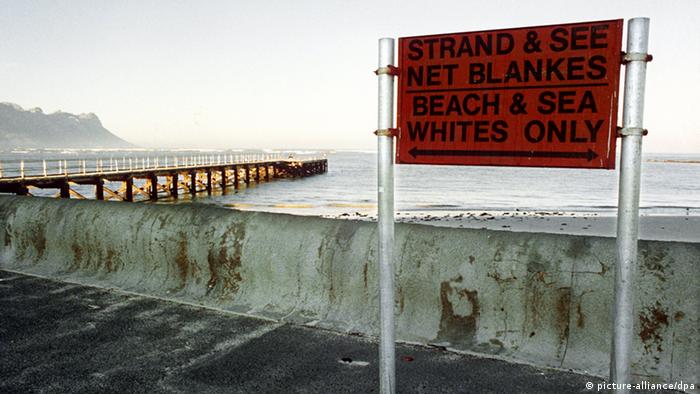 The accused were remanded in custody by the Middelburg Magistrate's Court, which will next hear the case on January 21. The self-proclaimed leader of the National Christian Resistance Movement (NCRM), Harry Johannes Knoesen, was arrested on Thursday, under suspicion of planning terrorist attacks. An accomplice, Riana Heymans, was arrested on Friday in Johannesburg after police launched a search for her, together with two other people who had hidden her.

The NCRM, also known as the Crusaders, were closely monitored by the police for the last two years. Authorities concluded that the group's activities were aimed at destabilizing the country. Knoesen, a retired self-professed pastor and a former member of the South African National Defense Force, is notorious for spreading racist messages on social media and has, for years, been calling on white South Africans to wage war against blacks. 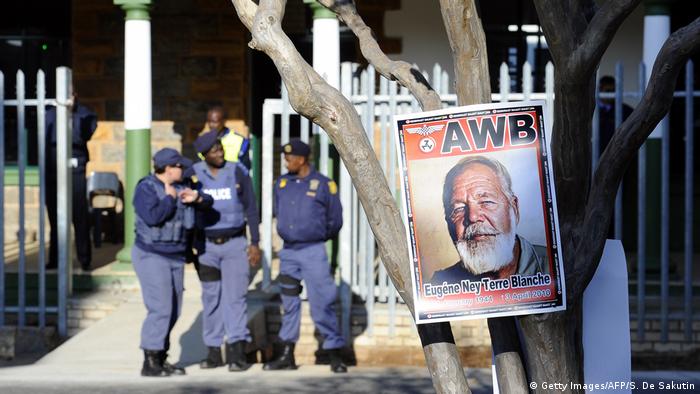 Notorious right-winger and supremacist Eugene Terre'Blanche was murdered in 2010

In a statement, Hangwani Mulaudzi, spokesperson for the Directorate of Priority Crimes Investigation (HAWKS), said the NCRM was planning acts of terrorism. "We have managed to uncover a lot of information based on allegations that they wanted to create havoc in the country. This organization is spread all over the nine provinces of this beautiful country of South Africa. This is a formation that is perpetrating issues of hatred, issues of racism," he said.

‘No capacity' for terrorism

Zenzo Moyo, a political analyst from the University of Johannesburg, says it's too soon to gauge the level of threat which the group posed to national security. "At the moment, it may not be possible to tell whether these are real terrorists or not. Investigations are still going on," he told DW.

But political analyst Ralph Mathekga says South Africa has no reason to be too worried. He told DW that this is a group of disgruntled South Africans who don't have the capacity to commit acts of terrorism. For Mathekga, the NCRM case is an isolated incident of the kind that will occur once in a while in a country like South Africa. He does not believe that South Africa is facing a serious risk of terrorism. 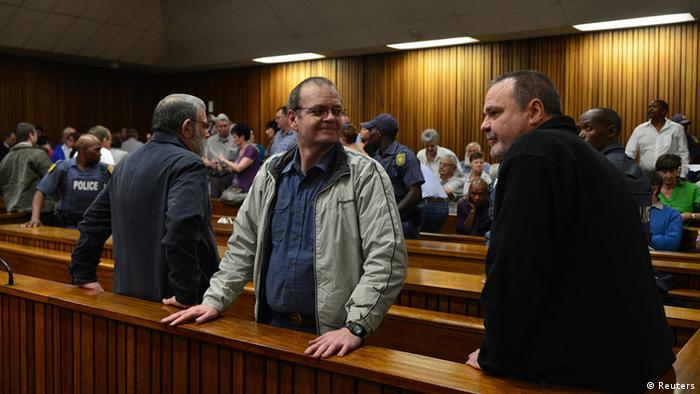 Tom Vorster (l.) and brothers Mike and Andre du Toit were convicted of planning to murder Nelson Mandela in 2013

The police say the group planned to attack strategic national locations, shopping malls and informal settlements, which are largely home to poor, black South Africans. According to Mulaudzi, the NCRM, which has an estimated membership of more than 100, was a threat to national security. "They wanted to create havoc by planting bombs in shopping malls, informal settlements. There were claims that they also wanted to take over army bases, as well as some police stations," the spokesperson for HAWKS said, pointing out that the group was also able to gather donations from various people to proceed with their plans.

After searching one of Knoesen's properties, the police discovered a possible factory for explosives, electronic devices, documents, an unlicensed firearm and ammunition. Similar incriminating evidence was found when the other three suspects were arrested. However, political analyst Ralph Mathekga says South Africa has no reason to be worried, adding that this is a group of disgruntled South Africans who cannot commit acts of terrorism.

Leaders of a white supremacist plot to kill Nelson Mandela and drive blacks out of South Africa have been found guilty of treason and sentenced to long prison terms. The case began over 10 years ago. (29.10.2013)

A South African court has sentenced the mastermind behind a plot to kill former South African President Nelson mandela to 35 years in jail. The plan was part of a wider white supremacist conspiracy. (29.10.2013)

A South African court has handed down a guilty verdict to one of two black farm workers accused of murdering white supremacist leader Eugene Terre'Blanche in 2010. (22.05.2012)